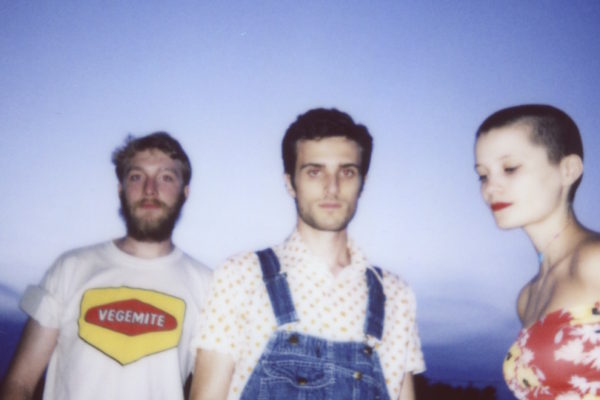 The year-end tally of the most arresting albums of the previous dozen months is always fun, but no matter how much you may adore those recordings, you’re always dealing with known quantities. It’s more exciting to peek into the future by anticipating the intriguing new arrivals of the coming year.  The outlook for new albums in 2018 is no exception, encompassing everything from emotionally-penetrating singer/songwriter releases to brainy indie pop, ’60s-flavored soul, and some old-school alternative heroes. Consider yourself duly apprised with these ten albums.

1. Joanna Sternberg’s Then I Try Some More (independent, Jan. 13)

Upon encountering Sternberg’s work, aficionados of old-school singer-songwriterdom, fearful for the style’s continued shelf life in the hands of millenials, will be reassured of its future. With a pure, unguarded vocal delivery and a well-schooled approach that eschews fancy tricks, the New York songsmith combines ingenuity and inspiration on a spare, intimate album. Imagine locking Neil Young, Cat Power, Jonathan Richman, and Daniel Johnston in a room for a week and not letting them out until they came up with a batch of songs, and you might be on the right track. Yet Sternberg sounds nothing like any of the above; she is unfailingly herself.

As the guitarist for blues harmonica hero Charlie Musselwhite, Matthew Stubbs might have seemed to be on a set stylistic path, but his debut album with The Antiguas disproves that assumption entirely. On a set of vibrant instrumental tunes that find his guitar sparring with some spicy organ lines, Stubbs leads his band down a path that touches on funk, garage rock, dub, Afrobeat, and more.

Plenty of songwriters tell you what they think about war, but Mary Gauthier goes deeper on this album by partnering with actual combat veterans to tell their stories. These songs are the result of Gauthier’s work with the non-profit organization Songwriting With Soldiers, which pairs professional songwriters with wounded veterans, as well as soldiers currently serving in the military. The results will give you a whole new perspective on Americans in combat.

British brothers David and Peter Brewis have been churning out their brainy blend of indie pop and art rock for about a dozen years now, utilizing their multi-instrumental abilities to craft complex but infectious tunes that inspire references to everything from Todd Rundgren to Belle and Sebastian. Their sixth LP may feature extra players on strings and horns, but the Brewis brothers are still doing the heavy lifting.

5. Sarah McQuaid’s If We Dig Any Deeper It Could Get Dangerous (Shovel and a Spade, Feb. 2)

This U.K. songsmith has a commanding, dusky voice that bears echoes of great British folkies like Bridget St. John and June Tabor, and that alone might have been enough to make this an entrancing album. But when you add her dark, sophisticated lyrical imagery and a spare but atmospheric production by legendary English singer-songwriter-guitarist Michael Chapman, the whole thing becomes impossible to ignore.

6. The James Hunter Six’s Whatever It Takes (Daptone, Feb. 2)

James Hunter has been channeling a ’60s soul vibe for several albums now, with a voice that bears echoes of everybody from Sam Cooke to Don Covay. He adds extra fire by tossing in some visceral blues guitar licks. And at this point, after the tragic, untimely passing of both Sharon Jones and Charles Bradley in 2017, this Brit is the last old-school soul singer left standing on the renowned revivalist label.

Ohioan singer-songwriter Jerry DeCicca, erstwhile leader of indie-folk outfit Black Swans, wrote these songs after moving to rural Texas and soaking up the atmosphere. But the production process took them somewhere else both figuratively and literally, with a batch of U.K. players adding jazzy, impressionistic touches to DeCicca’s meditative, image-rich songs, for a feel that’s simultaneously heady and deeply grounded.

The Monochrome Set emerged at the tail end of the ’70s in England’s post-punk revolution, but their witty lyrics and ’60s pop-influenced sound instantly set them apart. The reunited Set started making new records in the 2010s, and they’ve been at it like a house afire ever since. This will be their fifth of the decade, which is more than they released in the ’80s, and both their lyrical smarts and pop savvy remain remarkably undiminished.

For more than half a century, Smither has been combining his virtuosic-but-earthy folk-blues fingerpicking guitar style with a deep, complex lyrical approach that blends profound philosophical observations  with wry humor. His latest outing continues to make the case for Smither as one of our nation’s sharpest, most consistent songwriters, not to mention an uncommonly expressive singer.

Shacks’ singer Shannon Wise may be only nineteen, but she sounds like an old soul on this New York-based band’s first full-length release. Traces of ’60s pop and psychedelia swirl around the ethereal sounds Wise and guitarist Max Shrager make together. Oldsters might be reminded of Opal and Mazzy Star, but the Shacks’ balance between visceral pop hooks and otherworldly atmospheres is entirely their own.