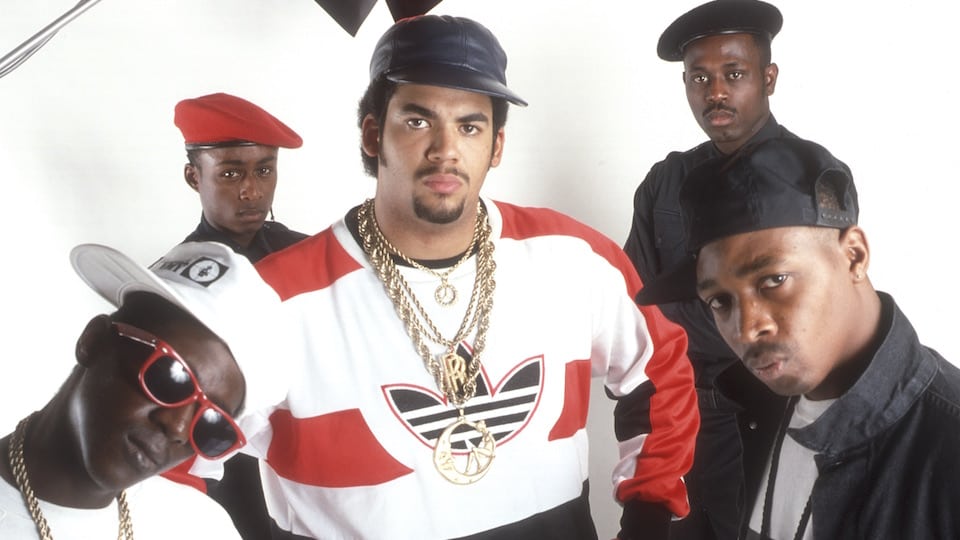 Most artistic genres have an era that can be recognized as a high point, like ancient Greece for architecture and the Renaissance for painting. Of course, with our fast-moving culture, that window has narrowed. The year 1939 is considered epochal in film: The Wizard of Oz, Gone With the Wind and The Grapes of Wrath were all released. For rap music, that magic year was 1988, the year of Public Enemy’s It Takes a Nation of Millions to Hold Us Back and N.W.A.’s Straight Outta Compton. Eric B. & Rakim’s Follow the Leader and The Great Adventures of Slick Rick were also released, among others still considered essential listening. Here’s why 1988 was rap and hip-hop’s golden year.

“Was the First Rapper Italian?”

In 1988, I was a teenager who had just moved to New York City. That year is imprinted on my memory via a series of vignettes. Carrying a bag from Tower Records, while watching a jeep roll past a Keith Haring mural as fire hydrants pour water and “Ain’t No Half Steppin’’ booms out of the speakers. Hanging out in an Alphabet City club dressed as Siouxsie Sioux, being taught to “vogue” by a Puerto Rican drag queen to the extended remix of “It Takes Two.” Sitting on a stoop drinking Andre pink Champagne out of “We Are Happy to Serve You” cups while listening to “Mary Mary” on a boom box.

If any album dominated that year, it was Public Enemy’s It Takes a Nation of Millions to Hold Us Back. A Public Enemy track was a wild montage of breakbeats, heavy metal guitars, funk horns, and bass loops. Throw in clips from political speeches and old horror flicks, courtesy of DJ Terminator X. Add the contrast of Flavor Flav’s tenor-toned, clock-wearing hype man and Chuck D.’s hip-hop professor. On “Black Steel in the Hour of Chaos” and “Bring the Noise,” he recounts history while dropping critiques of the media, industrial-military complex and law enforcement.

Follow the Leader was Eric B. & Rakim’s second album. It was another collection of Eric B.’s smoothly articulated narratives backed by Rakim’s low-toned, cinematic tapestries of sound, such as “Microphone Fiend.” Big Daddy Kane’s stylish swagger and rapid-fire rhymes made his debut, Long Live the Kane a hit. Slick Rick’s storytelling flair on “Children’s Story” and “La Di Da Di” carried his debut album to legendary status. And, even on the East Coast, we listened to Straight Outta Compton and “Fuck Tha Police.”

Those albums may have been 1988’s milestones, but the year’s earworm was unequivocally De La Soul’s first single “Me, Myself & I.” It was about being different than the gangsta stereotype — and being okay with that. Along with a goofy blend of buoyant samples and an irresistible beat, it featured a cameo by Q-Tip of A Tribe Called Quest, a group who would blow up in the following year.

The stripped-down beats and singsong lyrics of Audio Two’s “Top Billin’” were also hard to resist, as was MC Lyte who brought it for the ladies as the take-no-nonsense duet partner in Positive K.’s “I’m Not Havin’ It” and her solo on “Paper Thin” — fast-fire, reference-heavy rhymes.

Thirty years later, hip-hop is no longer a rising subculture, but the dominant paradigm.

The days of D.J.’s and M.C.’s working together to create a distinctive sound have passed. The former are now the presser of the “play” button during countless nightclub residencies; the latter seem more interested in clothing lines, movie roles, and Twitter beefs. But, three decades ago, it was all just hip-hop.