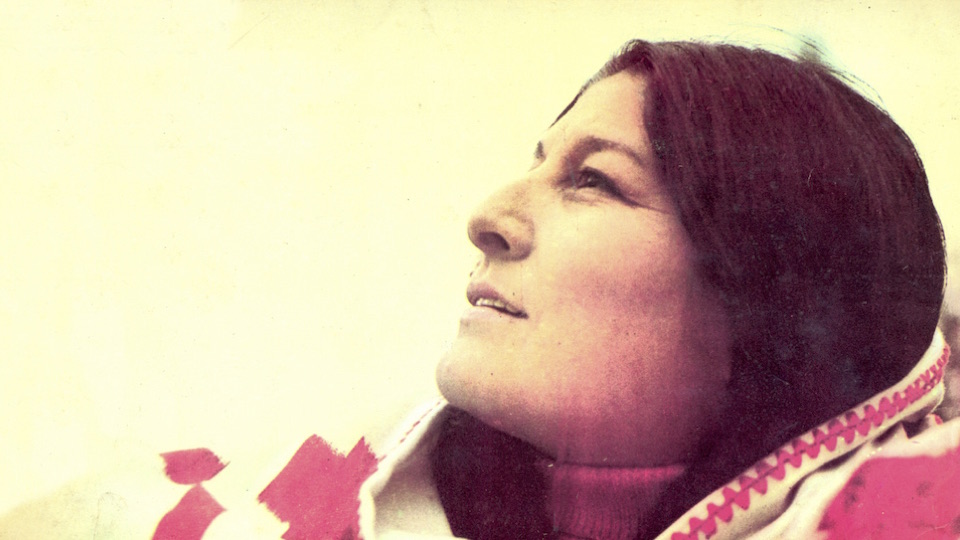 The Nigerian singer and political activist Fela Kuti saw music as a weapon while anti-war American folkie Phil Ochs once said, “Even though you can’t expect to defeat the absurdity of the world, you must make that attempt.” In short, practitioners of the protest song have always been an international, genre-crossing phenomenon and musicians of all stripes have a fearless history of speaking truth to power on behalf of the people during tumultuous times — and somehow, creating unforgettable tunes in the process. Below are five documentaries about five deeply committed artists who kept their eyes on the prize.

It took God six days to make the world but it takes eight for Israeli singer-songwriter David Broza to make an album in a Palestinian recording studio, even with Steve Earle as his collaborating producer. A lot is packed into those eight days too including a workshop at a refugee camp and an afternoon with the Jerusalem Youth Chorus who back Broza on his recording of Elvis Costello’s “(What’s So Funny ‘Bout) Peace, Love, and Understanding.” Artists from both sides of the wall help Broza transform his dream of cross-cultural collaboration into a reality – a collective testament that music, and not Esperanto, may be the language best suited to bring us all together.

Fela Kuti: Music Is the Weapon

It’s hard to imagine anyone more radical than Fela Kuti, the Afrobeat pop star who founded his own political party (Movement of the People a.k.a. MOP) in Nigeria and used his home base – a nightclub in the working class neighborhood of Kalakuta – as a kind of musical lectern from where he preached a Panafrican sermon with song. Capitalism, cronyism, monogamy, Christianity, Islam, colonialism… Fela critiqued it all and, at one point, displays fresh scars on his back from beatings in prison to show what this plainspoken approach costs. Shot in 1982, Music Is the Weapon may not look as stylish as its fashion-plate subject but its choice to allow songs to play over travelogue montages is a wise one.

Sometimes, singing about love and peace can get you in a heap of trouble. But, in the case of Mercedes Sosa, it can also turn you into an “icon of democracy.” Nicknamed the “Voice of America” as well as the Edith Piaf/Joan Baez/Ella Fitzgerald of Argentina, Sosa approached the protest song as simply “singing about reality.” Doing so landed her in jail, made her the target of death threats, and got her sentenced to temporary exile. Undaunted, this folk vocalist was fully committed to the people — be they the Tobas, the Chiriguanos, the workers, or those fighting a dictatorship. That she started as a poor young girl who won a singing contest on the radio only makes her rise to stardom that much more remarkable.

Phil Ochs: There But for Fortune

Back in the 1960s, Yippie bard and Dylan rival Phil Ochs was composing powerful songs ripped from the headlines — “Ballad of Medgar Evers,” “Here’s to the State of Mississippi,” “What Are You Fighting For”… Indeed, his career now stands as a tuneful document of the peace movement right up to America’s withdrawal from Vietnam. Because of that, Kenneth Bowser’s respectful doc works on two levels: it’s both a poignant portrait of the artist who created the anti-war anthem “I Ain’t Marching Anymore” and the chronicle of another time when ugly truths about our country’s politics had to be faced.

Paul Robeson wasn’t just a Broadway sensation (Showboat) and movie star (The Emperor Jones) who went on to tour the planet singing spirituals like “Motherless Child” and “I’m Goin’ to Tell God All My Troubles.” He was an early civil rights activist whose outspokenness about homegrown racism made him a target of the FBI. And while this hour-long doc nods to career — he met Jomo Kenyatta, future first president of Kenya on the set of Sanders of the River! — it spends more time on the cause: Most of the talking heads, including his son, are examining his lifelong fight for equality and justice more than his artistry, although that’s also well-represented with newsreel-like clips.

0 comments on “5 Music Docs: You Say You Want a Revolution”