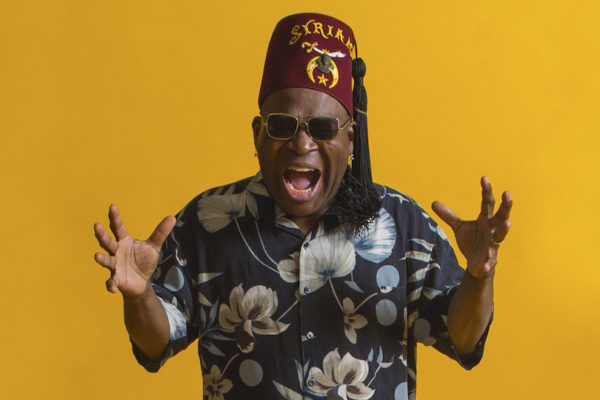 The sound of the blues is one of the most fundamental building blocks of modern music. Without it, rock, R&B, and a slew of other genres simply wouldn’t exist. But the blues itself is so frequently relegated to fringe status in the pop-culture pecking order that most music fans who aren’t utterly enmeshed in the scene have no idea what, if anything, is happening with it. You can rest assured that the blues remains in fine fettle, with worthy new releases popping up all the time. And if you want to keep abreast of things, here are five new and upcoming albums that ought to intrigue lovers of the blues, both old and new.

1. Backtrack Blues Band’s Make My Home in Florida (Harpo Records)
Florida may not be the first place most folks think of in relation to the blues, but the Backtrack Blues Band were trailblazers in Sunshine State blues when they emerged in the early ’80s. All these years later, their seasoned sound still bears plenty of bite, as you’ll be able to tell from this CD/DVD package documenting a 2017 show at the Palladium Theater in St. Petersburg, with singer/harmonica man Sonny Charles leading the charge.

2. Barrence Whitfield & The Savages’ Soul Flowers of Titan (Bloodshot Records)
Whitfield and company began blazing their own bluesy trail back in the ’80s. But their 21st century sound is a raw, raging beast that sometimes explodes with garage-rocking frenzy. Their latest album is fueled by the disparate inspirations of old-school R&B labels like Federal and King (whose rosters are represented by some cover tunes here) and the cosmic concepts of left-field jazz legend Sun Ra.

3. Janiva Magness’s Love Is An Army (Fathead/Blue Elan)
Last time around, Janiva Magness’s singular blend of blues and R&B brought her a Grammy nomination. This time she’s belting out her tunes with an esteemed cast of co-conspirators including legends like Delbert McClinton and Charlie Musselwhite. And on cuts like “Love Is An Army,” she’s reaching back to the kind of sultry R&B sounds that came out of Memphis’s Hi Records stable in the ’60s and ’70s while putting her own spin on everything she touches.

4. Mud Morganfield’s They Call Me Mud (Severn Records)
When you’re the scion of the king of Chicago blues, you’ve got a lot to live up to. And Muddy Waters’ offspring Mud Morganfield achieves an admirable balance between honoring his father’s legacy and staking out his own turf. On his new album, he’s penned most of the tunes himself but still finds time to tackle a couple of his dad’s songs, summoning up an authoritative feel throughout that shows that the family business is in good hands.

5. Various Artists’ Something Got a Hold on Me: The Ru-Jac Records Story, Vol. 1: 1963-1964 (Omnivore Recordings)
Starting in the mid-’60s, Ru-Jac Records helped make the Baltimore/D.C. area a musical hotspot by releasing a ton of searing R&B, blues, and soul singles. Over the course of four volumes, this sterling set documents the Ru-Jac saga in all its soulful glory, offering both lost classics and previously unreleased gems. Previously much of this material was strictly the province of hardcore crate-diggers, but now everybody else can catch up. Start with Volume One, which includes some stinging bluesy licks from the likes of Lamont Esquires and Flat Top Bobby & The Soul Twisters, and move on ahead with confidence.

PS. The blues can be felt (and heard) in Blue-Eyed Soul.   Zeppelin took the blues in unexpected directions; here are 10 Led Zeppelin songs you may not have heard.

0 comments on “5 New Blues Albums You Need to Hear”