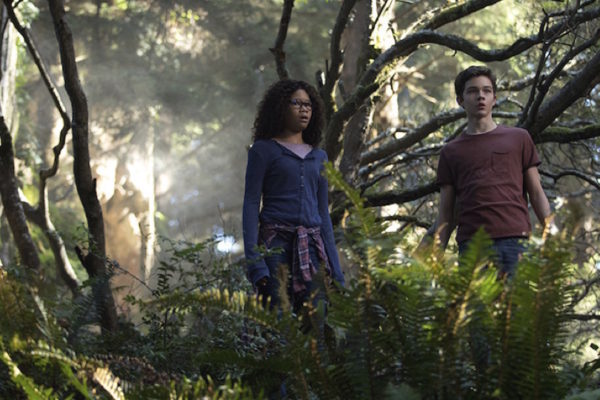 While you might still be trying to get through the best films of 2017 before this year’s Oscars, a new year means a fresh crop of movies to get excited about, and movies in 2018 are set to be a huge, ranging from superhero action flicks to wannabe blockbusters and dazzling adaptations. While there’s a plethora of potentially incredible films being released over the next twelve months, here are the eight most exciting flicks to look out for in the days ahead. Get ready for an action-packed 2018 — this year’s film line-up will definitely be one to remember.

(Premieres Feb. 16)
Black Panther has been at the forefront of everyone’s mind since its production was announced in 2014. The latest Marvel film revolves around King T’Challa (Chadwick Boseman) who has returned to Wakanda after the events of Captain America: Civil War, but is soon faced with enemies threatening to bring down his kingdom. As a result, T’Challa must once more don his Black Panther suit, team up with CIA agent Everett K. Cross (Martin Freeman), and try to prevent yet another world war.

A Wrinkle in Time

(Premieres Mar. 9)
It’s taken 54 years for this beloved children’s classic to hit the big screen, but finally here it is. Directed by Ava DuVernay and starring Oprah Winfrey, Reese Witherspoon, and Mindy Kaling, A Wrinkle in Time is all about Meg Murray (Storm Reid), a teenager who travels across dimensions to rescue her scientist father. Guided by three guardian angels, she learns what it means to be a source of light in a world in which darkness proliferates. That message is about as profound and timely as you can get.

(Premieres Mar. 23)
Featuring the stellar voices of Bill Murray, Jeff Goldblum, and Scarlett Johansson, Wes Anderson’s stop-motion animation film Isle of Dogs is set in a dystopian Japan that exiles all dogs to a quarantined island following a mysterious “canine flu” outbreaks. Twelve-year-old Atari sets out on an odyssey to retrieve his lost pet while the canine outcasts embark on a journey they hope will set them all free.

(Premieres Apr. 25)
Likely one of Marvel’s biggest pics in the coming year, Avengers: Infinity War sees the superheroes fighting yet another cosmic threat, this time in the shape of Thanos, an intergalactic despot out to get his hands on all six infinity stones in order to inflict his twisted will on all. Naturally, the fate of the Universe rests in the hands of the Avengers. With high stakes galore, Avengers: Infinity War is aiming to be the hugest Marvel hit yet.

(Premieres May 25)
Directed by Ron Howard, this upcoming stand-alone Star Wars film stars Alden Ehrenreich as Han Solo in the years prior to Star Wars Episode IV: A New Hope. Marketed as a “space western,” Solo cast the eponymous lead as a roguish smuggler having madcap adventures with his Wookie partner, Chewbacca. We also get to see Han’s early encounters with Lando Calrissian (Donald Glover) and are given some explanations regarding the events that famously placed Han at the Mos Eisley cantina in Episode IV.

(Premieres Jun. 8)
The new spin-off of the Steven Soderbergh-directed Ocean’s trilogy is dominated by an all-female cast. In this latest installment, Sandra Bullock plays Debbie Ocean, sister of Danny (George Clooney), who assembles a team of professional criminals — Cate Blanchett, Mindy Kaling, Rihanna — to pull off an impressive heist at the Met Gala. Ocean’s 8 is following a trend of gender-flipped reboots. Considering the talent involved, the odds are in its favor.

(Premieres Jun. 14)
At last! The long-awaited sequel to Brad Bird’s animated superhero flick, circa 2004. Picking up where the first installment ended, The Incredibles 2 focuses on Helen Parr (Holly Hunter) a.k.a. Elastigirl, while Bob Parr (Craig T. Nelson) stays at home to look after their three children. Rest assured, the whole Incredible family, along with Frozone (Samuel L. Jackson), will join forces to battle The Underminer, a shadowy villain with a sinister plot.

(Premieres Oct. 12)
Based on the authorized biography First Man: The Life of Neil A. Armstrong, this biopic presents the riveting true story of NASA’s mission to put a man on the moon, by focusing on Armstrong between 1961 and 1969. Directed by Damien Chazelle and starring Ryan Gosling as the most famous astronaut ever, First Man is sure to give audiences a compelling and complex depiction of the helmeted hero.

PS. We’re talking “Tinseltown” — so here are five films about L.A. and Hollywood  you should see (if you haven’t already).  If you’re up for something different, the Filmette Film Festival in New York showcases great short films.

Photo Credit: “A Wrinkle In Time,” courtesy of Disney