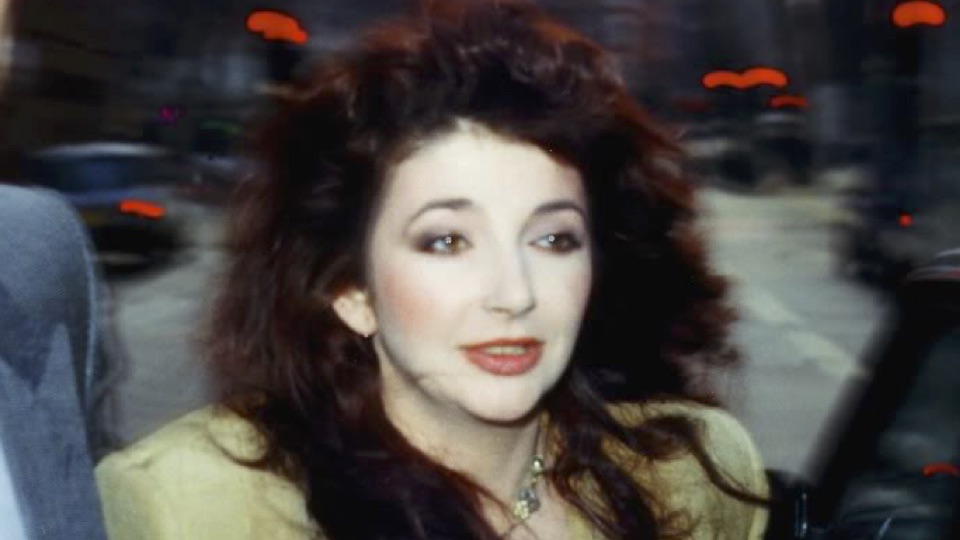 Kate Bush is a wholly singular artist whose impact on music, as well as on our popular culture, extends far beyond the windswept moors of her iconic track “Wuthering Heights.” Perhaps because of her penchant for eccentricity, but more likely because of her career-long reluctance to tour, Bush’s popularity seems to falter slightly at the divide between the UK and the rest of the world. While some may dismiss Bush as a wailing, wide-eyed romantic of a bygone era, her musical legacy, which has spanned decades and multiple generations, continues to inspire musicians and fans to this day. This is seen not only on the clear influence she has had on artists such as Lady Gaga, Florence Welch, Grimes, Tori Amos, and Outkast’s Big Boi, but also by the very fact that even after a 36-year hiatus between headline live shows, her 2014 Before the Dawn tour sold out in minutes.

Bush truly cemented her reputation as a musical genius with her masterful 1985 album Hounds of Love on which the tracks ‘Running Up That Hill’ and ‘Cloudbusting’ ushered in a profound recognition for Bush’s poetic lyricism. By this point, Bush had already managed to establish her own creative autonomy. Her debut 1978 studio album The Kick Inside was entirely written by Bush, who had begun penning its most famous Bronte-inspired track, “Wuthering Heights,” when she was just 11 years old. At 19, her first album was released, and the Bronte track soared to the top of the UK music charts, making Bush the first female artist to reach Number 1 in the UK with a self-written song.

By the time Kate Bush released her fourth album The Dreaming, she was also self-producing all her work too. Like all great artists unencumbered by the pressures of the music marketing machine, she alone decided when and how to release new music, resulting in a 12-year gap between 1993’s The Red Shoes and 2005’s wonderful comeback album Aerial.

To listen to Kate Bush’s music is to step into a world of pure imagination. Each one of her songs carries with it its own carefully woven story, intricately constructed characters and a truly unique soundscape that manages to seep so very deeply into the listener’s consciousness. Long before Bjork was wearing her swan dress and Gaga was making weird look “cool”, Kate Bush was proudly letting her freak flag fly with songs full of fabulations and strange narrative yarns, donning masks, figurative and literal, that took listeners on a journey through the imagination and the psyche.

Here was a woman breaking from the norm of singing about breakups and boyfriends, and instead was fuelled by the wild landscape of the female imagination. Distilled from fairy tales and myths, her songs seem to reach out to every isolated outcast, welcoming them in with gesturing arms, as if to say “I see you, you’re safe here.” As a badly permed teenager with braces who spent more time with books than with boys, finding my mother’s dusty The Kick Inside record was a hallowed moment of self-recognition. Later in life, listening to Kate Bush’s music became a cult-like ritual at late-night, drink-fuelled gatherings with friends, miming interpretive dances to the refrain, “Heathcliff, it’s me, I’m Cathy/I’ve come home, I’m so cold/Let me in through your window.” If you haven’t done this yourself, then quite frankly I am sorry for your loss.

While you may not have necessarily experienced the pure, liberating joy of twirling around your living room to ‘Wuthering Heights’, anyone who has ever listened to Bush’s lyrics will undoubtedly recognize that she is more than just any old singer-songwriter. Her songs are musical companions that hold your hand as you walk along life’s uncertain path. While her lyrics are undeniably idiosyncratic, they nevertheless succeed in evoking feelings that are entirely universal, becoming, in the process, touchstones in the lives of those who interact with them.

I find it impossible not to be moved by the lines “I know you’ve got a little life in you yet/I know you’ve got a lot of strength left,” off of ‘This Woman’s Work’ from her 1989 album The Sensual World. When the world seems just a little too harsh and when things get tough, this is the song to reach for. Similarly, I find myself breaking from my usual stoicism when listening to ‘Moments of Pleasure’ from her 1993 album The Red Shoes, written as a result of Bush’s mother battling cancer. Part tribute to those Bush had lost, part celebration of life’s fleeting beauty, this touching song breaks away from Bush’s often ethereal and otherworldly themes, instead capturing very real human emotions of love and loss. “And I can hear my mother saying: ‘Every old sock meets an old shoe,’” Bush sings on the fourth verse. “Isn’t that a great saying? ‘Every old sock meets an old shoe.’” Having lost my own mother to cancer, ‘Moments of Pleasure’ strikes a very deep chord. It’s a song full of ghosts and memories, a catalog of loss that flicks through the heartstrings from the melancholic minor key of the opening piano chords to the breathy, spine-tingling shimmer of Bush’s voice.

And then, of course, there’s ‘Running Up That Hill’ from the acclaimed 1985 album Hounds of Love, the song that never ceases to get my blood thumping and heart aching to go out and face the world with as much defiance and bravery as Kate Bush has demonstrated throughout her entire career. On this record, Bush’s voice is deeper and more resonant than on her earlier albums and her use of the synthesizer feels unmistakably more self-assured. It’s an audio evolution of Bush’s talents as a creative artist and a powerful story about empathizing with the opposite sex. Originally titled “Deal With God”, the song reflects on what it would be like if men and women traded places in order to better understand each other. Projecting raw human emotions onto natural images of thunder, clouds, and big skies allows the song to capture both the excitement and turbulence of love, highlighting the stormy weight of feelings that too often go unsaid.

Certainly, one of the most endearing and most successful aspects of Kate Bush’s artistry is her complete and utter confidence in herself. Never afraid to look ludicrous or downright weird, Bush’s musical career lives through her fearless pursuit to try new things. Certainly, in today’s society where people carefully curate their outward lives within an inch of standardized perfection, everyone could take a page out of Bush’s book.

From pioneering the headset microphone, which was created for Bush using a wire hanger for her 1979 Tour of Life, to producing all her own work in a male-dominated industry that is usually so reluctant to yield creative control to artists themselves, Kate Bush blazed a trail for those daring to defy conventions and forge new creative ground. While her impressive four-octave gymnastics might not be to everyone’s liking, her singular impact on the musical landscape cannot be denied. We owe much to this woman’s work, and four decades after having broken onto the musical scene, there’s still no one quite like Kate Bush. For anyone daring to be themselves, Bush is the hope-instilling reminder to keep running up that hill.