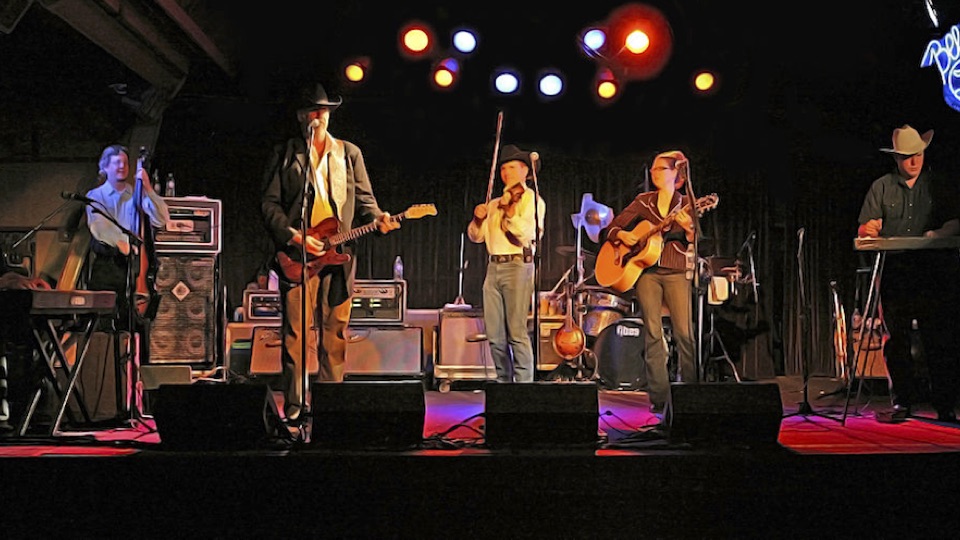 Next year will mark 50 years since the founding of western swing band Asleep at the Wheel, but the 10-time Grammy winners are far from quitting. To celebrate, they’re hitting the road in 2020 for a series of reunion shows, led by their cowboy king, Ray Benson, and joined by dozens of past and present band members.

As with any reputable country band, Asleep at the Wheel were formed in a tiny, Gone With the Wind-esque, rural town. In 1970, Benson and his pals started jamming together in Paw Paw, West Virginia, a town whose total population at the last census was just over 500 people. After opening for Alice Cooper and Hot Tuna in Washington D.C., the band decided to head to the opposite coast, and soon found themselves in San Francisco, where they began developing their modern take on Bob Wills-style swing music.

They landed their first record contract with United Artists in 1972, thanks to a little unprompted endorsement from Van Morrison in Rolling Stone, who deemed them “really good musicians.” In 1973, their debut album, Comin’ Right At Ya, was released. Willie Nelson suggested that the band would find even more opportunity in Austin, and so Asleep at the Wheel headed for Texas.

In 1975, their most successful song, “The Letter That Johnny Walker Read” made it to number ten on the country singles chart. That same year, they performed on PBS’s famous Austin City Limits show. Since then, they have shared the stage with several legendary names, including the Dixie Chicks, George Strait, Bob Dylan.

Related: “Did He Fight the Law? The Mystery of Bobby Fuller”

In addition to the tour, a documentary film is also slated for 2020. Titled after their initial album, Comin’ Right At Ya, it will feature footage from the tour, as well as interviews with Willie Nelson, Vince Gill, Wynonna, and more.

“You are not who you are born,” Benson says in the trailer for the film. “You are who you make yourself.”

And if you still can’t get enough western swing, Asleep at the Wheel will also be releasing their 32nd studio album, aptly named Still Comin’ Right At Ya.

“I’ve been told that I’m relentless, so I guess I am,” Benson said in a recent statement. “I’m just doing what I believe I’m meant to do. My role and concept of leading a band has never changed; it’s gathering the best musicians I can find or convince to play to the best of their ability. I just try and make the best decisions possible and kick some ass every night onstage. I’ve made it this far and don’t feel like I or the band will be slowing down anytime soon.”

0 comments on “Asleep At The Wheel: Still Swingin’ at 50”