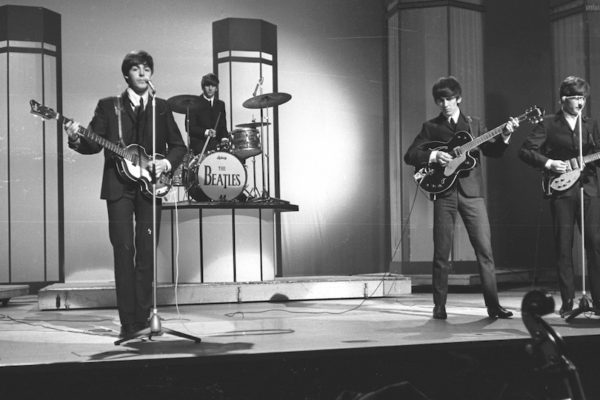 I think it’s safe to say that by now everybody is aware of the story behind The Beatles’ fourth album. How they came into the studio at the end of 1964, exhausted from all the touring they’d been doing throughout the year. How only four months had passed since the release of A Hard Day’s Night and the band didn’t have the necessary time to write enough original material. How this forced them to hastily throw in six cover songs with the originals just to have a new full-length album to present to the record company. Given these circumstances, it’s not hard to see why Beatles for Sale is generally regarded as their weakest studio offering, especially when put next to the aforementioned A Hard Day’s Night, the band’s all-killer no-filler pop masterpiece.

See Related Post: “A Travel Guide for the Beatles Fan”

However, that doesn’t mean that it’s true. Let me explain. The very first thing that we hear when we put the album on is a desperate, paranoid John Lennon trying to win his girl back: “This happened once before / When I came to your door / No reply.” Compare this opening to the inviting count-off in “I Saw Her Standing There,” the harmony explosion of “It Won’t Be Long,” or the famous “A Hard Day’s Night” chord and the effect is quite striking. “No Reply” is still an addictively catchy pop song of course (with a particularly dynamic hook), but for the first time, we feel like there’s a strong bitterness underneath. The fact that the next two songs continue in the exact same vein confirms one thing: this is a new John Lennon we’re hearing, and a lyric like “Although I laugh and I act like a clown / Beneath this mask I am wearing a frown” suits him a whole lot more than “It won’t be long, yeah, ’till I belong to you.”

I think that with his lyrics, compositions, and vocals, John was the one that truly encapsulated the weary state of mind that the band found itself in at the end of 1964. Once you are put under pressure to write more and more, you can only dig deeper inside yourself for inspiration, and that’s exactly what he seems to have done. In “I Don’t Want to Spoil the Party,” he portrays a protagonist that’s drunk and heartbroken, sitting in the corner at a party while everybody else is having fun. Combined with an excellent country-tinged melody, this is about as resonant as music gets for me, and God knows I’ve been in that situation way too many times. Still, that’s not to discredit the other members. At this point, The Beatles were still working as a tight unit, in constant search of new sounds and directions and it shows. “Eight Days a Week” starts with one of the earliest examples of a fade-in in pop music, and while it shouldn’t make such a big difference, it totally does – just like the feedback in “I Feel Fine,” it is another bit of playful experimentation that the song wouldn’t work as well without.

Paul steps up his melody game and writes “Every Little Thing,” easily one of the band’s most gorgeous and overlooked early compositions. With the use of timpani in the choruses and another beautiful-sad vocal from Lennon, this is just pure pop perfection from beginning to end. “What You’re Doing” is one more lost jewel in the same vein, though a bit more poignant, kind of like an upbeat precursor to “Yesterday.” Although McCartney is slightly behind Lennon in terms of this new direction, he is slowly getting there, and by the next year’s Rubber Soul, they had become equally distinctive and prolific songwriting forces. But until then they also had decided to compete with each other for the best rock n’ roll performance – Paul chose Little Richard’s “Kansas City/Hey-Hey-Hey-Hey” and Lennon, Chuck Berry’s “Rock and Roll Music,” both resulting in absolutely killer versions, with an energy and enthusiasm that showcase their love for the genre.

And when they come together for a close-harmony version of Buddy Holly’s “Words of Love,” it almost sounds like a quiet gospel hymn. My point is that even the covers on Beatles for Sale sound more thought-out than earlier ones. Sure, “Mr. Moonlight” is still pretty bad and perhaps “Honey Don’t” and “Everybody’s Trying to Be My Baby” don’t bring anything new to the table yet they certainly are a lot of fun. Overall, the album remains a fascinating chapter in The Beatles’ story and one that introduces quite a few new elements. Its combination of the early accessibility and fun with a dose of underlying sadness has always made it a particular favorite of mine.