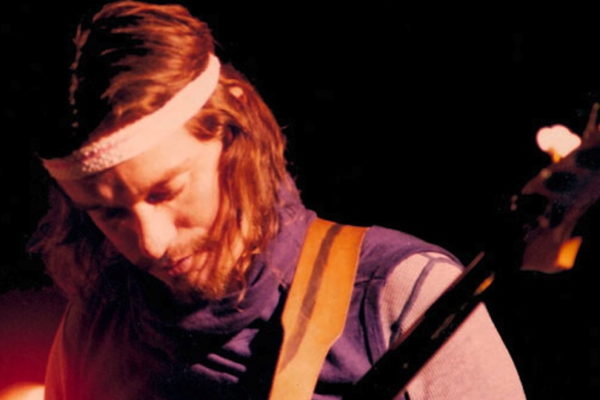 Contrary to popular belief, music is not a unidirectional current, but rather a swirling maelstrom, where an adventurous listener can step into something from the current moment with one foot and then discover an esoteric piece of the past with the next. Archival collections capturing precious pieces of musical history in danger of falling through the cracks have become more ubiquitous than ever these days. And the first half of 2017 has turned out to be so chock-full of excellent ones that it simply seemed like a shame to wait until the end of the year to start talking about them.

Chris Bell’s Looking Forward: The Roots of Big Star
Singer-songwriter Chris Bell became part of power-pop history due to his work with Big Star and his subsequent solo output, though his 1978 placed a tragically early period on his career. This revelatory release extends the celebrated but short Bell legacy by gathering 22 tracks he recorded before Big Star, including six previously unreleased cuts. It all adds up to a slice of power-pop paradise.

The Creation’s Action Painting
With their explosive sound and a trailblazing style that foreshadowed everything from power pop to hard rock, The Creation should have been as big as The Who, with whom they shared a producer. But in their initial incarnation they only lasted long enough to release a handful of visionary singles between 1966 and ’68, never even putting out a proper album in their initial incarnation. This double-disc package with a lush booklet provides a public service by including everything The Creation cut in the ’60s.

James Luther Dickinson feat. North Mississippi Allstars’ I’m Just Dead, I’m Not Gone
The legendary Jim Dickinson was a larger-than-life figure who worked as a producer and/or musician with everyone from Aretha Franklin and The Rolling Stones to Big Star and The Replacements. His sporadic solo recordings are cult classics steeped in the deep Southern roots that define Dickinson’s sensibility. This newly released 2006 concert by Dickinson (who died in 2009) finds him backed by blues-rockers The North Mississippi Allstars (which includes his sons Luther and Cody) and makes a welcome posthumous addition to the Dickinson story.

Grateful Dead’s Long Strange Trip
The audio companion to Amazon’s new four-hour (!) Grateful Dead documentary covers just as much ground as the film does, and that’s saying something. Over the course of more than two-and-a-half hours, the double album touches on everything from the LSD-soaked cosmic improvisations of “Dark Star” to the blues-based grit of “Easy Wind” and the exultant, reggae-inflected syncopations of “Fire on the Mountain.” And while it includes a few key studio cuts, the soundtrack also offers some live recordings that have never seen the light of day before.

Jaco Pastorius’ Truth, Liberty & Soul
This double album offers a new view of the late jazz fusion genius who redefined the role of the electric bass. For the first time ever, this well appointed package makes available the entire concert Pastorius played with his Word of Mouth Big Band (including Weather Report cohorts Don Alias and Peter Erskine and a host of other jazz greats) at Avery Fisher Hall in 1982. A handsome 100-page booklet loaded with photos, essays, and interviews is the cherry on top.

Raymond Scott’s Three Willow Park: Electronic Music From Inner Space 1961-1971
Raymond Scott was best known as a jazz bandleader-composer, probably most famous for the vivid music he created for the classic Looney Tunes cartoons. But he was also a fearless experimentalist who made trailblazing electronic music that was decades ahead of its time. And on this double-length collection produced by Irwin Chusid, keeper of the keys to the Scott legacy, we get to hear no less than 61 visionary electronic pieces by Scott that have never been unveiled before. Scott’s innovations become all the more startling when you realize that in the days before synthesizers became standard fare, he was actually performing all of this music on electronic instruments of his own invention. If you want to know what the Clavivox, the Electronium, and the percussion device dubbed Bandito the Bongo Artist sound like, there’s only one source to turn to.