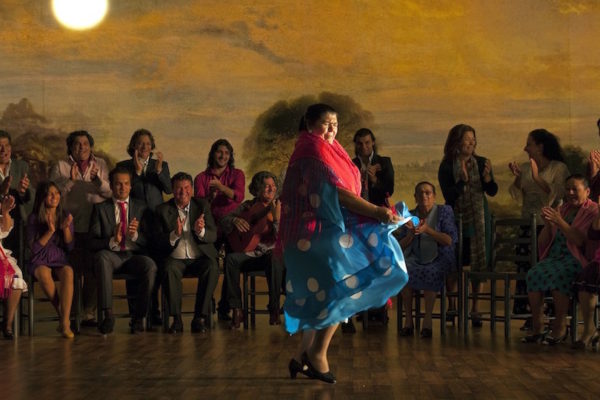 When it comes to dance, ballet has often received top billing as well as the most money, the most press, and the most movie minutes. Who hasn’t watched Black Swan, Billy Elliot, and The Turning Point, as well as parts of televised versions of The Nutcracker and Swan Lake? Even documentaries have a rich history of tutus and pointe shoes. You could have a film festival around the muses of ballet master George Balanchine alone. But dance doesn’t begin and end with the plié. And with that in mind, here are some contemporary dance documentaries that pay homage to other traditions that are worthy of your attention.

STEP (2017)
A dozen or so students from Baltimore’s Leadership School for Young Women are getting an unofficial intensive in self-empowerment and mutual support, via the Step Team that they’ve joined as an extracurricular activity. Home life may be disrupted by mental illness, power outages, even homelessness, but these teens are determined to work their way out of poverty through academics and sheer willpower. Just watch the level of commitment that they bring to their well-drilled choreography. The dedication is deep. One warning though about STEP though: a box of tissues is required.

Miss Hill: Making Dance Matter (2014)
Kudos to director Greg Vander Veer for ensuring that the story of one of modern dance’s most influential figures — and perhaps greatest champion — is now preserved on celluloid. As founder of both Julliard’s and Bennington’s Dance Departments, Martha Hill (a former-dancer-turned-arts-administrator) gave deep foundational support to Martha Graham, Jose Limon, and Doris Humphreys, while also nurturing the careers of Pina Bausch, Robert Battle, and H.T. Chen. If one’s devotion to an art form can be measured by its impact on its seminal figures, few come even close to Hill. She should be famous. Maybe this doc will help.

Jig (2011)
Calm down. This is not a latter-day version of that Riverdance DVD your father played incessantly in the 1990s. The movie concerns a nail-biting competition with a truly international list of contestants, including a Sri Lankan dancer from Holland, a young hoofer of Irish-Filipino descent from New York, and a squad of Russian women who keep being told to “smile, smile, smile.” Director Sue Bourne has crafted a truly suspenseful pic that will have you rooting especially for a 10-year-old boy who’s found his life’s passion amid a sea of Baby Jane fright wigs and bizarrely crafted costumes. Regardless of how you feel about Michael Flatley, chances are good that you’ll be riveted by this film.

Flamenco Flamenco (2010)
Neither a conventional doc nor a series of music videos, Carlos Saura’s gorgeous conceptual pic has a stellar lineup of singers, dancers, and musicians performing unforgettable renditions of various flamenco tunes in front of — and sometimes behind — painterly backdrops. The setting is repeatedly minimalist yet theatrical, from three men around a table rapped on for percussion (“Copla Por Bulería”) to Rocio Molina’s solo of gangster-like attitude (“Garrotin”). Good luck picking a favorite routine from the mix. This movie is an embarrassment of riches.

Bouncing Cats (2010)
Can dance be used to heal a nation? It certainly looks that way from this powerful documentary about Breakdance Project Uganda, Abramz Tekya’s youth program using hip-hop culture to inspire and provide new opportunities — sometimes through partnerships with other philanthropic agencies. Narrated by Common, with guest appearances by Mos Def, Will.i.am, and Somali-Canadian poet K’naan, the movie uses the arrival of guest artist Crazy Legs (Richard Colon of the Rock Steady Crew) as its point of entry, then gives a history lesson on the war-torn nation and a restorative peace movement rooted in the arts.

Dancing Dreams (2010)
Wim Wenders’ 3-D tribute Pina got accolades aplenty when it came out in 2011, yet Rainer Hoffmann’s and Anne Linsel’s much-less-flashy doc from the year before is no less deserving of respect. Shot the year before Ms. Bausch died, Dancing Dreams follows the rehearsal process for a restaging of her landmark 1978 work “Contact Zone” — this time with a cast of adolescents. Considering how much the choreography deals with gender, power, and love, there’s something incredibly poignant in seeing it recreated by performers who freshly admit their unworldliness on some matters while revealing their emotional depths around others.

PS. World-renowned ballerina Diana Vishneva is changing the dance scene in Russia.  And who knew that tattoos were a “thing” in the dance world?

0 comments on “Beyond Ballet: Dance Documentaries to Move You”