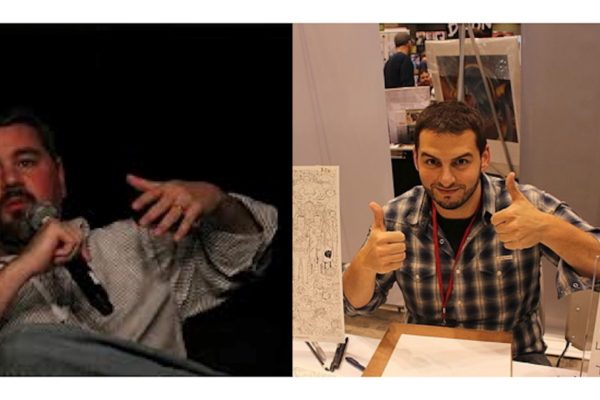 While characters like Superman and Captain America, who got their start in comics, are as popular as ever, the comic book business itself currently faces some challenges. Where the adventures of The Justice League and other top comics from DC and Marvel used to sell hundreds of thousands of copies each month, it’s now rare to have more than a couple crack 100,000 in any given month. If there’s a silver lining in this, it lies in the market’s openness to a broader range of genres beyond the superhero stories that dominate “the big two.”

Sometimes these stories are even the work of the superhero genre’s leading writers and artists. For example, Jonathan Hickman has written for two of Marvel’s flagship teams in recent years, The Avengers and The Fantastic Four. As good as some of those stories have been, especially during his run on The Fantastic Four, his original series The Manhattan Projects, which he created in collaboration with artist Nick Pitarra, is even better.

As the title suggests, the series uses the real-life Manhattan Project as a starting point with a cast of characters that includes Robert Oppenheimer, Albert Einstein, Harry Truman and later Yuri Gagarin and Laika (yes, the Soviet space dog). However, despite the presence of familiar people and events, both the project and those surrounding it are far removed from history as we know it. The series is also far removed from the standard alternate-history approach. Put another way, the series isn’t dealing in what-ifs so much as WTFs.

It’s hard to offer many details without spoiling the story, but a telling keyword is “multiple.” The scientists involved are engaged in multiple projects beyond the atomic bomb and beyond the United States, we encounter multiple US presidents and Doctor Oppenheimer has multiple personalities for good measure. Another key multiple can be found in issue #4, collected in the series first trade paperback volume (subtitled Science Bad), but here again I don’t want to spoil anything. The key here is that these multiples add up to something tremendously good in the early issues, which pave the way for even more far-flung stories in later volumes.

It’s a risky proposition to compare any current series to one of the comics medium’s landmarks, but the world-building of The Manhattan Projects calls to mind – and in some respects outdoes – that accomplished by Alan Moore and Dave Gibbons in Watchmen. Both convey a sense history that feels both recognizable and distinctly different while suggesting multiple unseen events. And while Hickman and Pitarra may not bring the same bravura style to their work that Moore and Gibbons did, they compensate with a scale that extends to the interstellar.

What ultimately makes The Manhattan Projects so enjoyable, though, is its blend of approaches to comics. With one foot in the pulp tradition of older comics like Strange Adventures and the other in multi-layered serialized storytelling, the series gives readers both bursts of outlandish brilliance and time to embrace its characters. There’s no other comic quite like it, and even if there was, it just means you should read that one, too.

PS. If you like comics, you may also enjoy our post about the famous cartoons of The New Yorker and a new documentary showing the people and process behind them. Plus, when you sign up for our weekly email update, you’ll also get the inspiring documentary The 5 Keys to Mastery — FREE. Learn the traits that help people achieve their dreams: from superstar musicians like Carlos Santana and BB King, to Olympic gold medalists, a Nobel laureate, entrepreneurs, actors, teachers and more.

0 comments on “Beyond Superheroes: The Manhattan Projects”