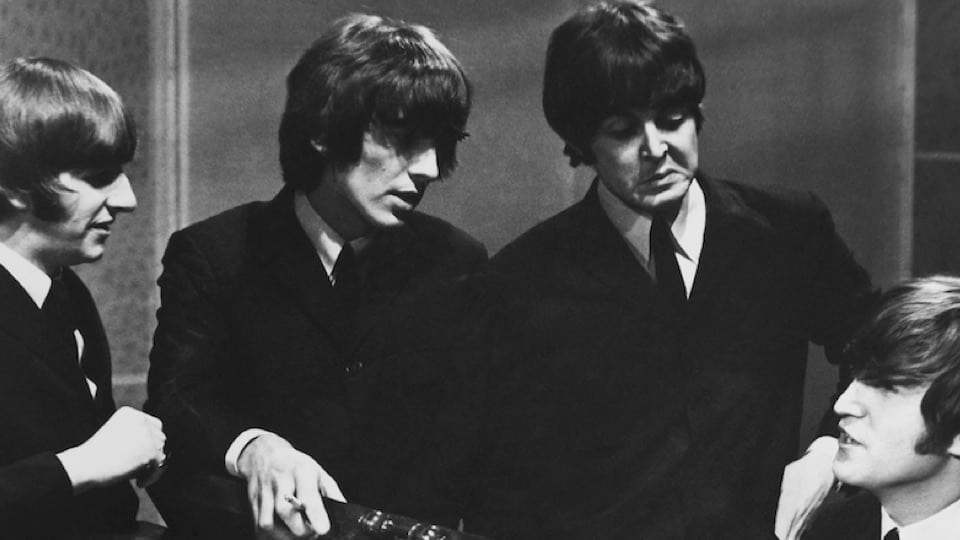 Sure, you already know that every one of The Beatles was born in Liverpool. You probably also know that George Harrison was the youngest of the Fab Four. But how much do you really know about the odd, wonderful Origin Story of arguably the world’s most famous band? In the latest installment of the Deconstructing The Beatles film series, expert host Scott Freiman delves into the band’s formation; regaling us with stories of a multinational cast of characters, from Allan to Bruno, Rory to Klaus and, of course, John, Paul, George, and Richard.

Part One of the two-film set explores the formative years from 1957 through 1962. Part Two covers only one year — but what a year — 1963: when the band zoomed from regional sensation to the cusp of worldwide Beatlemania.

Ready to order? Click here to get your own streaming version or DVD of Deconstructing The Beatles: The Early Years.

Photo Credit: The Beatles In TV Studios At Manchester In England During Sixties (Photo by Keystone-France/Gamma-Keystone via Getty Images)

0 comments on “The Beatles Before Beatlemania”