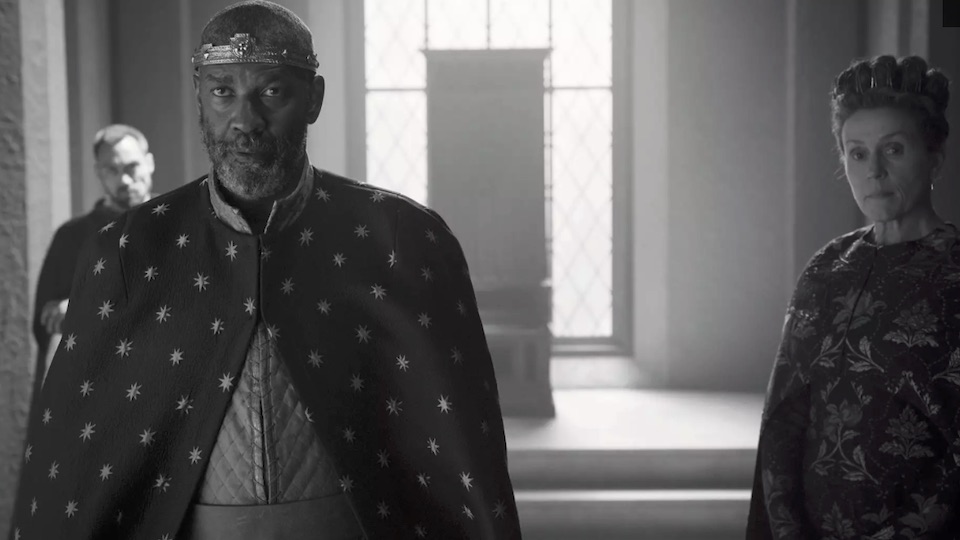 Raise your hand if you grew up watching shows on a black and white TV set. Inarguably, those old achromatic dramas, westerns, sitcoms, and film noirs were and still are thoroughly enjoyed today. When vibrant color came on the scene via big and small screens, we practically lost our minds. Perhaps though, there’s a certain wistfulness for black and white movies, evident by a recent crop of critically acclaimed films, some of which have entered the Oscar race.

Cinematographers’ explanations vary in artistic reasons as to why they are dismissing the use of full color for their films. Nevertheless, they all manage to capture the beauty and charm of grayscale images. If you haven’t already, here are a few flicks worth checking out.

The Tragedy of Macbeth

Storyline: Oscar-winner Denzel Washington finds himself yet again a contender for the Best Actor award in this historical thriller directed by Joel Coen which also stars his Academy Award-winning wife Frances McDormand. Washington and McDormand play ambitious Scottish social climbers Lord and Lady Macbeth on a quest to become king and queen by any means necessary, including relying on the prophecies of witches and committing murder. British stage veteran Kathryn Hunter chews up the scenery in her portrayal as the three witches.

Cinematographer: Another Oscar winner, Bruno Delbonnel, who has received his sixth Oscar nomination for The Tragedy of Macbeth discussed with Coen cinematic haiku and black and white be allowed for abstraction and simplicity.

How to watch: The Tragedy of Macbeth can be viewed on Apple TV+

Storyline: This movie is written and directed by the incomparable Kenneth Branagh, who describes this nostalgic coming-of-age story set in Northern Ireland in the 1960s as a personal one. Breakout star Jude Hill stars as 9-year-old Buddy who witnesses a group of Protestant loyalists attacking the homes and businesses of Catholics on his street. Escalating conflicts lead Buddy and his parents (Jamie Dornan as Pa and Caitriona Balfe as Ma) to a fork in the road. Belfast is celebrating seven Oscar nods including one for Best Picture and Actress in a Supporting Role for British legend Judi Dench, 87.

Cinematographer: Haris Zambarloukos, who has worked with Branagh before, told Entertainment Weekly that black and white “amplifies the emotion that’s there and it seems to be a more lucid, more direct way of feeling what the actors are feeling. It’s less descriptive than color.”

How to watch: Belfast can be viewed on Amazon Prime, Apple TV, and YouTube

Storyline: Mike Mills directed this earnest film starring Joaquin Phoenix as a bachelor radio journalist who agrees to care for his somewhat obnoxious but inquisitive 9-year-old nephew Jesse (Woody Norman) after Jesse’s mom who is Johnny’s sister must travel to care for her estranged husband who is struggling with mental illness. Difficulties arise in the bonding process between Jesse and Johnny as Jesse becomes concerned about his own mental health. It is Jesse’s experiences with Johnny and his work project that helps him to cope.

Cinematographer: Mills uses the magic of Oscar-nominated cinematographer Robbie Ryan to create an archetypal fable-like image that he felt black and white would make for a perfect fit.

How to watch: C’mon, C’mon can be viewed on Amazon Prime and Apple TV

Storyline: Making her directorial debut, British actress Rebecca Hall adapted the 1929 novel of the same name into a tale of two light-skinned Black women in 1920s New York. Irene Redfield (Tessa Thompson) is living in Harlem as a Black woman who is married to a Black doctor. Her friend Clare Bellew (Ruth Negga) is married to a wealthy white man named John and chooses to pass as white. Eventually, Clare’s husband learns the truth about her racial background and the emotional climax leads to a very tragic end. Hall was inspired by the story after learning that her own mother, who lived as a white woman, was in fact biracial.

Cinematographer: Given the premise, it’s easy to see why Hall chose this route and selected Eduard Grau for the job, relying on camera exposure and lighting to help curtail the reliance upon makeup to achieve a look of passing for white. She told The San Francisco Chronicle, “This is a film about categories and an obsession with fitting everyone into containers or the containers that everyone else puts you in as well. The irony of black and white films is they’re gray – there’s nothing black or white about it, ever.”

How to watch: Passing can be viewed on Netflix

Storyline: This dark comedy, which premiered at the Sundance Film Festival, centers around a mother and daughter facing eviction in post-economic-crisis Spain, grifting their way into a comfortable lifestyle. The foreign film includes subtitles, is directed by and stars Amalia Ulman along with her mother Ale Ulman who plays the part of her mother.

Cinematographer: Carlos Rigo Bellver used neorealist influences and brought the French New Wave feel that Ulman wanted for El Planeta. Besides, she also had a pragmatic reason. The weather where the film was shot in Spain is typically rainy with overcast. Shooting in color would have looked gray anyway.

How to watch: El Planeta can be viewed on Amazon Prime and Apple TV

0 comments on “Black and White Cinema Makes A Comeback”