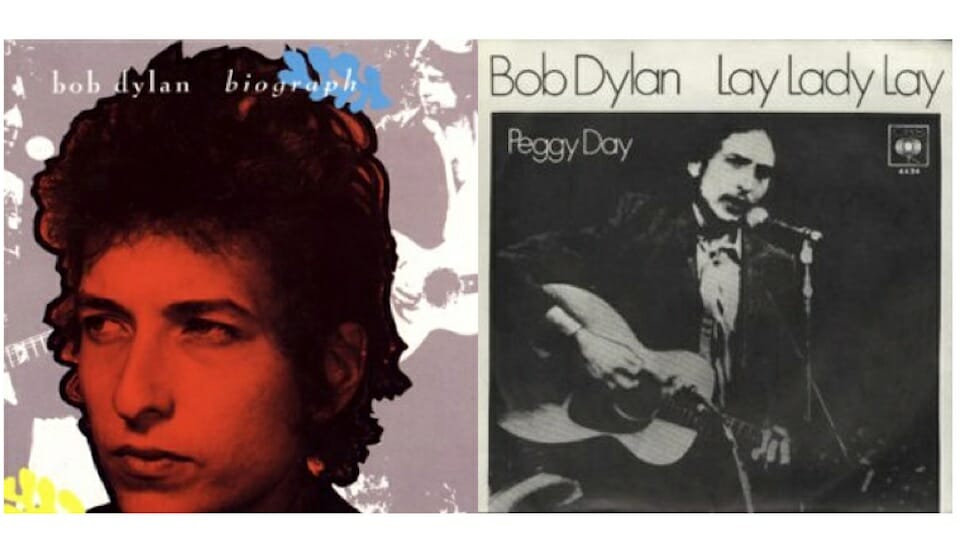 In the middle of a year in popular culture that seems to have been sponsored by the Grim Reaper, embracing an older artist’s legacy while they’re still around remains appealing. Perhaps no artist’s body of work presents a greater challenge to listeners than Bob Dylan. While he’s very much a singular artist, there really is no single Bob Dylan within the nearly 60 years of recorded work. In that time, he revolutionized popular music (far more broadly than many detractors wish to admit) while weathering more artistic peaks and valleys than any other major popular artist. Over the years, his work has been sliced and diced into numerous compilations, some of them ostensibly spanning (nearly) the entirety of his long career. But none make quite as strong a case for his artistry as the 1985 box set Biograph.

Though Biograph was released in the wake of two reasonably good albums (Infidels and Empire Burlesque), the consensus seemed to be that his career was on the downside. As a result, despite only covering work through 1981, the set seemed more like a career summation at the time than a recap of the story so far. In the years since then, particularly in the 15 year period from 1997’s Time Out of Mind to 2012’s Tempest, Dylan went on the kind of artistic roll that few artists manage, let alone 40+ years into their career. For all that great recent work, Biograph remains the collection that best balances all the varied sides of Dylan as an artist.

Favoring neither the obvious nor the esoteric, the three-disc collection mixes cornerstones of Dylan’s songbook with work that still divides his fans, particularly some from his “born again” period. However, far from being jarring, these combinations allow one to better appreciate Dylan’s enduring gifts as both a writer and performer. A song like “I Believe in You” might be more overtly religious in its lyrical content than some listeners will care for, but there’s no denying the conviction of Dylan’s vocals or the beauty of its melody. Hearing a song like this in the same sitting as an acknowledged classic such as “Tangled Up in Blue” highlights how true he’s been to himself as an artist over the years.

Another key element of Biograph is the inclusion of both illuminating alternate versions of some familiar songs and others that had never been (officially) released in any form. The latter group spotlights one of the most curious aspects of Dylan as an artist. Over the years, he’s often been one of the most erratic judges of his own work, letting excellent songs sit on the shelf while lesser material is released on his albums.*

A case in point on Biograph is “Caribbean Wind,” a fantastic song recorded for the 1981 album Shot of Love. Very similar in tone and approach to 1983’s “Jokerman,” it was left off of Shot of Love in favor of some more forgettable songs and only released four years later. Whatever the path it took, though, “Caribbean Wind” sounds great on Biograph. All the songs do. Even if this set only covers half of Dylan’s career, what it shows about his work and why it matters makes it an invaluable collection.

*This trait has been evident even since Dylan’s return to artistic prominence. In particular, The Bootleg Series release Tell Tale Signs, which collects out-takes and alternate versions from 1989 to 2006 is virtually the equal of any of his acclaimed albums from recent years.

Photo Credit: Fair use images of the covers of Bob Dylan’s Biograph and “Lay Lady Lay.”