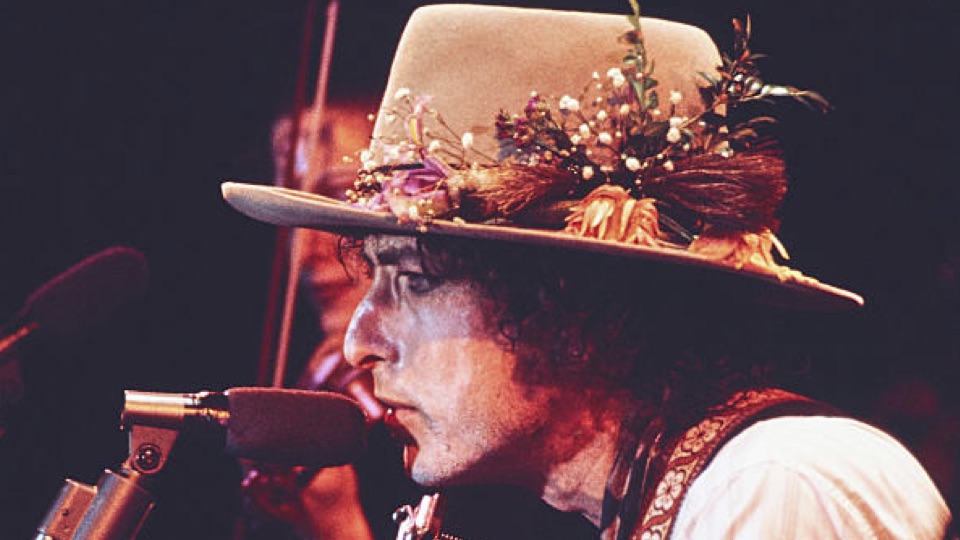 America, 1975. There was an electric charge in the air. Within the space of a week, two assassination attempts had been made on President Gerald Ford, one by Charles Manson devotee Squeaky Fromme. The Vietnam War had finally ended but the Cold War plodded along as did an energy crisis that would simultaneously increase inflation while keeping record-high unemployment rates stagnant. In this kind of unstable atmosphere, lightning must inevitably strike. If the zeitgeist is a storm, Bob Dylan could be considered its thunder, the sound that rings out when all of its elements align.

A decade earlier, Dylan had established himself as the voice of his generation, of youth, and of the Civil Rights movement. It was on this period that director Martin Scorsese focused his first Dylan documentary, 2005’s No Direction Home. In this latest venture, officially titled Rolling Thunder Revue: A Bob Dylan Story by Martin Scorsese which will be simultaneously released on Netflix and in select theaters on June 12th, he focuses on Dylan’s 1975-76 Rolling Thunder Revue tour, which has become something of a legend among Dylan devotees. If a meteorologist were to classify the Fall leg of this tour, she might call it a microburst– a very brief and intense phenomenon, a frenzied outpouring that blew itself out not long after it began. Newly returned to touring after an eight-year hiatus, Dylan was possessed of an energy and spirit (he was even chatty with his audience!) that fans would rarely, if ever, see again. Rolling Stone writer Larry Sloman once wrote, “I’ve been seeing Bob Dylan perform since 1966, I’ve never seen him as good as he was during the Rolling Thunder Tour, night in, night out, he was just amazing.”

After recording his 1976 album Desire, Dylan took his backing band which included T Bone Burnett and violinist Scarlet Rivera out on the road where he could return to playing for more intimate crowds in smaller theater venues. As it blew through town, friends past, present and future were pulled into its joyous gyre. Joan Baez, his champion and counterpart joined. Mick Ronson, lead guitarist in Bowie’s backing band The Spiders from Mars, was added. Poet and Greenwich Village cohort Allen Ginsberg tagged along. Joni Mitchell, who originally signed up for a one-night appearance, was so taken by the warm atmosphere that she stayed for two more, previewing songs from Hejira. Friend and musician David Blue remarked, “…he’s just paying everyone back with this tour. It’s a family scene.”

This is isn’t the first fans will have seen at least parts of the tour, though it’s the first to focus on its Fall ’75 leg, the far superior half by all accounts. “Hard Rain,” both the poorly received television special and the album, placed their focus on the Spring of ’76. By then, though, much of the group had departed for other ventures, and the show had lost a great deal of steam. Renaldo and Clara, released in 1978, featured fictional vignettes, and interviews interspersed with footage from the tour. The overlong and muddled result was widely panned and has since faded into obscurity. Sam Shepherd joined the tour to write scenes for Renaldo and Clara, but when the idea was scrapped he stayed as a “casual chronicler,” and his creative collaborator Patti Smith was in tow, though she declined an invitation to be a featured performer. Billed as “part documentary, part concert film, part fever dream,” Scorsese’s vision might succeed where Dylan’s failed.

Precious little else has been revealed as to what to expect from the feature. Dylan himself is one of the many people interviewed, which is no small prize. With any luck, we’ll see such highlights as Dylan and Ginsberg gathering at Jack Kerouac’s grave during their tour stop in Lowell, Massachusetts. Or the nightly closing rendition of Woody Guthrie’s “This Land is Your Land,” an ensemble performance which includes Ramblin Jack Elliott, whose faithful Guthrie interpretations and mentorship were crucial to Dylan in his early days. A nice homage to two heroes, and a fight song for America as it limped toward its bicentennial. It will be good to see Joan Baez get her due, as she, perhaps more than anyone, put Dylan on the map, promoting him and alerting audiences to his songwriting skills by releasing more palatable covers of his songs. Ultimately, it will be interesting to hear, from those who were there, what it was like to be a part of such a brief and spontaneous phenomenon that has reverberated, in some form, across decades.

On June 7th, five days before the film’s release, Rolling Thunder Revue: The 1975 Recordings will be made available as the film’s companion piece. The box set contains 14 CDs featuring 148 songs, as well as a booklet of rare photos. These professionally recorded tracks offer unique takes on classics from the Dylan catalog. Scarlet Rivera said of these renditions, “(Dylan) had…incredible strength of performance. When he sang ‘All Along the Watchtower’ it was just riveting. The words were like staccato bullets, and every song had a peak energy.” She called the tour, “a powerful and magical experience.” In Scorsese’s capable hands, the film experience is sure to be the same.

2 comments on “Bob Dylan Through the Lens of Martin Scorsese”