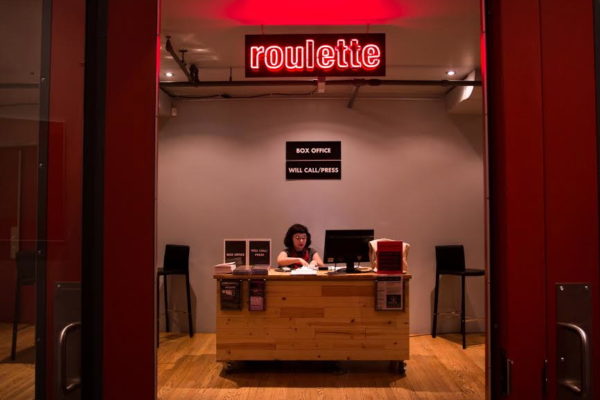 Since about the turn of the 21st century, it’s been almost a cliché that every hot new band to bust out on the scene hails from Brooklyn, specifically being headquartered in Williamsburg. That’s been changing a bit in recent years, as the epicenter of musical hipness has become a game of Whack-A-Mole, moving from Greenpoint to Bushwick to wherever else the wind may blow. But the spots that make Brooklyn a borough of bounty for music lovers are spread out far and wide all across its borders. Here’s a handy guide to just a few of the venues and vinyl emporiums that rate must-visit status for any music lover paying Brooklyn a visit.

The Bell House
Operating in Gowanus since 2008, The Bell House is a music venue that’s low on pretension and high on eclectic but aesthetically solid booking sensibilities. Over the years the club has hosted everything from one of British folk legend Bert Jansch’s final shows to a power pop festival featuring the first New York appearances in eons by cult heroes like Dwight Twilley and The Shoes. They also feature plenty of cutting-edge comedy and literary events, and upcoming shows as of this writing include everything from indie-pop giants Of Montreal to alt-country vet Wayne Hancock.

Black Gold
In the quiet environs of Carroll Gardens lies a dimly lit, unassuming little shop where you can get yourself a cold-brewed signature-blend coffee and ogle some odd-looking antiques, neither of which makes the place particularly unusual. But the real raison d’etre of Black Gold, as implied by its name, is the selling of used vinyl. Though it’s a shop where collectors can pick up on some heavy-duty rarities, it’s also the sort of store where those without a huge wad of cash can find plenty of intriguing audio artifacts for an entirely reasonable price. In other words, it’s the kind of place that makes used-record shopping fun.

Hank’s Saloon
With painted flames on the outside walls, this single-story, timeworn bar in Boerum Hill stands out against the luxury condo high-rises and upscale boutiques that have invaded the area in recent years. It’s the kind of place where you’ll get a withering glance if you order anything other than a beer or a shot, and you can sidle right up to the small stage and hear a seemingly endless array of top-shelf music. Country (the real kind) and raw-boned rock ‘n’ roll are often on the menu, but Hank’s is also just as likely to feature some barnstorming avant-jazz players or deep-rooted reggae if you hit it on the right night.

Kings Theatre
Built in 1929 as one of the five upscale Loews Wonder Theatres designed in French Renaissance Revival style, Kings Theatre in Flatbush was Brooklyn’s biggest theater. But it sat empty for some 40 years, subject to so many ravages from time, the elements, and vandalism that it seemed like it was practically a superfund site. After a two-year, $94-million restoration and renovation, it’s Brooklyn’s biggest theater once again, and it’s better than ever. You can catch everybody from Shaggy to the Shins there today, getting a taste of old-school Brooklyn style with all the modern amenities.

Rough Trade
The Rough Trade empire began with an indie record shop in London in 1976. Two years later, Rough Trade Records was launched, becoming a major part of the post-punk British music scene. Four decades and several more stores down the road, it finally became time for Rough Trade to come to New York in 2013. Not only does the Williamsburg Rough Trade location command enough space and stock to make it NYC’s biggest record store, including a huge selection of new vinyl, it also features a performance space where ur-alternative legends like Roky Erickson and Suicide’s Martin Rev appear as well as of-the-moment underground acts.

Roulette
Back in 1978, before downtown Manhattan became the playground of the rich, Roulette became a headquarters for all things avant-garde, experimental, and underground, giving left-of-center music a home for decades. But in 2011, the space made the inevitable move to Brooklyn, where it gained a bigger footprint and a more expansive program. In its current location on the border of downtown Brooklyn and Boerum Hill, Roulette hosts everybody from avant-rock guitar genius Fred Frith to modern jazz trailblazer Bill Frisell, while continuing to push the envelope ever outward.