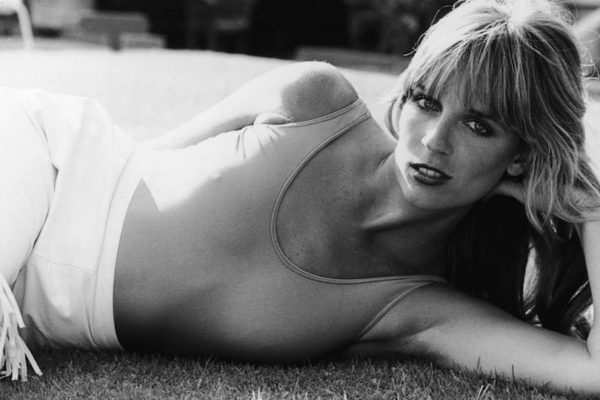 She’s heir to one of the great music lineages in America – but she’s taken some serious detours, only to wind up back where she started. Carlene Carter was born into a musical dynasty, namely, the Carter Family. Beginning in 1927, the Carters (A.P., Maybelle and Sara) brought their down-home mountain folk to the masses and became one of the first country music stars, whose influence would be felt all the way through the ‘60s folk revival. Mother Maybelle gave birth to June (who would become June Carter Cash), and June passed her musical gift down to daughter Carlene. But Carlene had a difficult relationship with her legacy: at a 1979 show in New York City, she famously declared “If this song don’t put the c**t back in country, I don’t know what will.” Her mortified mother and stepfather (Johnny Cash) were in the audience at the time.

Carlene spent time in England, hooking up with Nick Lowe (whom she would later marry and divorce); he and his band, Rockpile, backed her on her cult ‘80s album, Musical Shapes and the rockabilly hit, “I’m So Cool.” In 1988, she met Howie Epstein (a member of Tom Petty’s band) who helmed her hit, “I Fell In Love.” But that relationship would prove tumultuous, as well – the couple struggled with drugs, with Epstein succumbing to complications from his heroin addiction in 2003. That same year, Carlene lost her step-sister Rosie as well as June and Johnny.

After that walloping, it took a number of years for Carter to get her feet back under her. But happily, at 60, she’s healthy and back with a new project, Carter Girl, which has her making peace with her massive musical roots. While she’s always dipped in and out of the folk music that’s in her DNA, this is one of the first times she’s fully immersed herself in it. On the project, she revisits Carter Family classics, helped out by guests including Vince Gill, Willie Nelson and Kris Kristofferson. She’s been out with John Mellencamp, sharing her particularly unique slice of American music – and is rumored to be working on an album with him.

Considering that Carlene Carter’s voice carries the distinctive mountain-honey-whiskey timbre that made her ancestors so beloved, it’s great to see her fully embracing that legacy. And on that note, here’s a slice of vintage Carlene paying tribute to her grandmother, Mother Maybelle Carter. You go, girl.