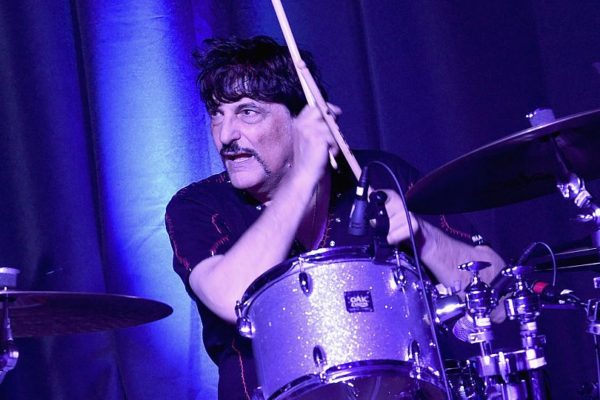 Legendary drummer Carmine Appice is what you might call a rock star’s rock star. In an age where rock musicians are expected to be “indie” and just like you and me, proud showmen and grand masters like Carmine Appice have become somewhat of a dying breed. From his early days with Vanilla Fudge through his later work with Cactus and the supergroup Beck, Bogert & Appice, Carmine’s drumming has powered some of the heaviest, baddest rock and roll of the ‘60s, ‘70s, and ‘80s. His powerhouse sound made him a household name among rock fans; he’s probably the only drummer to have been considered as a replacement for both Keith Moon in The Who AND John Bonham in Led Zeppelin.

Since Appice grew up on the streets of Brooklyn, his street smarts allowed him to hold his own — onstage and off — next to tough-as-nails UK rockers like Rod Stewart and Ozzy Osbourne. But his survivor’s instinct and an entrepreneurial spirit have helped him thrive for five decades in the notoriously fickle and unforgiving music business. Always moving and hustling, and never one to coast on his past achievements, Appice has now penned the memoir Stick It! My Life of Sex, Drums and Rock ‘n’ Roll. (Rod Stewart wrote the intro.)

He recently shared some stories and personal insights with podcast host Valerie Smaldone before a live NYC audience. Hear how Appice shared a joint backstage with a combative Buddy Rich, stood his ground against uber-manager Sharon Osbourne, and helped to write Rod Stewart’s comeback mega-hit “Do Ya Think I’m Sexy.” After half a century at the top of the music business heap, this guy is still “sticking it!”