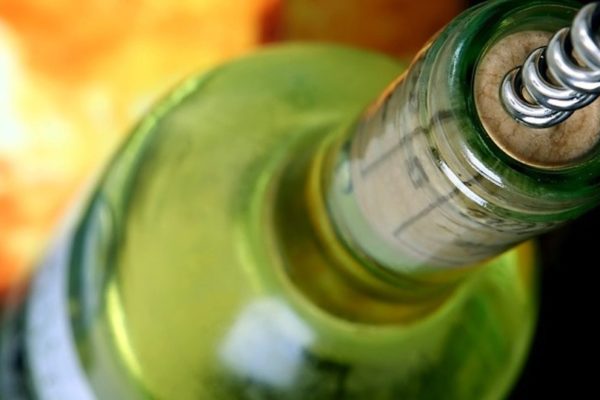 Eggnog may be the stereotypical drink for this time of year. Yet even so, nothing brings more cheer than a good old glass of bubbly. How else could you possibly toast the New Year? You may not know it but sparkling wines – akin to Champagne – generally fall into two distinct categories: traditional and tank. In both cases, the wine undergoes its primary fermentation outside the bottle but the traditional process has the secondary fermentation in bottle (producing a toastier flavor) while tank wines do it in large tank (resulting in less aggressive bubbles). Ready to try something different on December 31st? Here’s what to scan the shelves for.

Simply put, a Crémant is any sparkling wine produced in France by the traditional method. Those looking for something akin to Champagne should opt for Crémant de Bourgogne (which is made with Chardonnay); those looking for something even more traditional can try Crémant de Limoux. (Monks are said to have invented bubbly in Limoux centuries ago.) Also worth noting: Crémant de Loire (France’s second largest region for sparkling wines), Crémant d’Alsace (lauded for aromatic blends) and Crémant du Jura (for its Pinot Noir-based rosés).

Spain’s answer to Champagne has its origin in Catalonia. Most Cava is sourced from Macabeu, Parellada and Xarel-lo and is pretty close to Champagne even if it is made with different grapes. Brut Cava is a bit more floral (thanks to Xarel-lo) and citrus-y (thanks to Parellada). Should you snag an aged Cava, expect something a bit more nutty in flavor. Rosé Cavas are especially vibrant and fruity since they’re made from the traditional Trepat or Garnacha grapes.

Prosecco and Lambrusco have both gained favor in recent years. Produced in the Veneto region, Prosecco is a soft wine with notes of cream, pear and melon. Lambrusco, for its part, is typically red and can range from slightly sweet to dry – well-paired with a charcuterie plate. Italian sparklers done in the traditional method include Franciacorta DOCG and Trento DOC wines.

If you love wines made from German grapes, Sekt is just for you. Navigating the world of German sparkling wine is somewhat difficult though, as most of it is carbonated. Unlike Champagne, most Sekt is dated with its vintage, and can be made from Riesling, Pinot Blanc or Elbling. This one’s a challenge though, as the majority of Sekt is consumed by Germans and not exported stateside. Should you find a bottle, grab it.

Some of the best American sparkling wines follow the traditional method but producers are not constrained by strict European appellation laws. For options that mirror the flavor profile of Champagne, look to the West (California, Washington, New Mexico) or leave the continent entirely for South Africa (which often uses the term “cap classique” to describe its own variation). Also worth considering are wines from New York’s Finger Lakes and Long Island.

P.S. For some other fun drinks you can make to ring in the New Year, check out our post An English Major Walks Into a Bar… And if you’re making any New Year’s resolutions, make sure to check out our post What Does It Take To Be Happy? first. Cheers!

0 comments on “Moving Beyond Champagne for Your Bubbly”