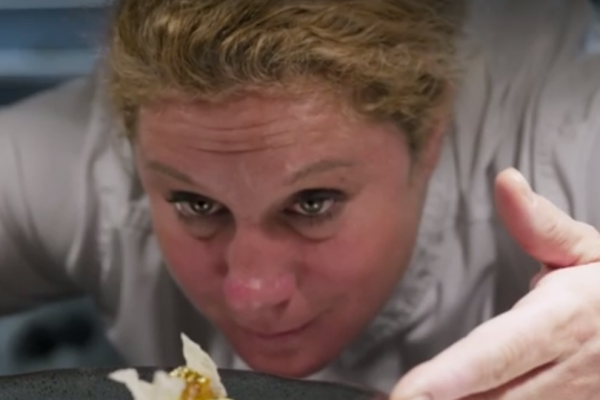 In 1985, umami was officially added as the 5th basic sense of taste, and can best be described as flavors that are “pleasantly savory.” However, there is a sixth sense of taste. One that is sometimes elusive, but every bit as real as the other five: Soul. It might be defined as the infusion of love, passion and one’s life experience into the food, and when it’s present, you can absolutely taste it.

Chef’s Table, a Netflix docu-series recently back for a second season, is an insightful look into soul of cuisine and those who create it. The series dives so deeply into the minds of the subject chefs, that as we enjoy the stunning images of finished dishes we are able to appreciate the context of those dishes within the narrative of the chefs’ lives. Personal stories and memories lead to culinary epiphanies and the soul of the food is revealed.

Executive Producer David Gelb (Jiro Dreams of Sushi) has put together a production of superb quality – the luscious musical score and sound design is exceeded only by the insanely gorgeous and inventive food photography. In Gelb’s own words, “It’s about people who dared to follow their vision regardless of what critics were telling them and just relentlessly pursuing it until they found their audience. I think that’s inspiring for anybody who endeavors to do something creative.”

Even to the unapologetic foodie who binges Food Network shows, Chef’s Table will feel very different.  It has soul.

0 comments on “Chef’s Table: Showing the Soul in Food”