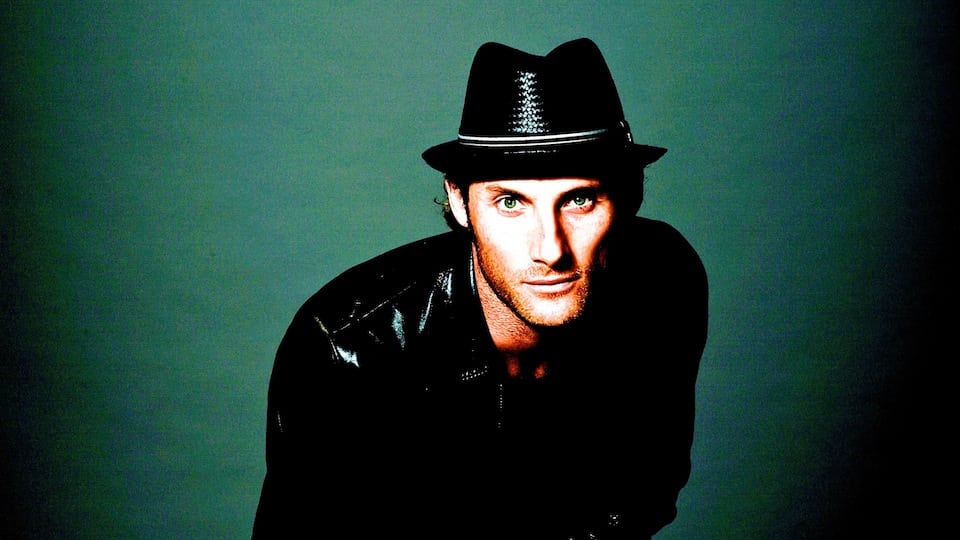 If you haven’t heard of Chris Stills, you’ve definitely heard of his dad. He’s Stephen Stills, one-fourth of the incredibly influential rock quartet of Crosby, Stills, Nash and Young. You may have even heard of his mom. She’s Veronique Sanson, the French chanteuse whose hit “Amoureuse” was covered by Kiki Dee and Olivia Newton-John among others. If you saw I, Tonya or American Hustle, you actually did hear Chris Stills.  This talented progeny has been building up an impressive discography all his own starting with his debut LP 100 Year Thing (1998) on through the eponymous Chris Stills (2006) and his most-recent release Don’t Be Afraid (2018). A kid, he is not. So let’s give this man some respect. From the sound of his last album, he more than deserves it.

”Crosby, Stills, Nash & Young: In Their Own Words”

Q: Love — lost, found, savored, longed for — is very much at the core of Don’t Be Afraid. Would you say you’re a hardcore romantic at heart?

A: One of the benefits of being a romantic is that you have an honest excuse for doing crazy things. Hopefully, no one gets hurt in the process. You gotta love a romantic comedy.

Q: While you composed the majority of Don’t Be Afraid by yourself, Ryan Adams actually wrote the lyrics to “Criminal Minds” with you. How did that collaboration come about?

A: I first met Ryan while he was in Whiskey Town. We were both working on our records at Ocean Way in L.A. at the time. Later, Ryan began working with Ethan Johns who produced my first record, and they called me to work on Gold. Today, Ryan has PAX AM next door to Sunset Sound and he called me to jam and work on ideas. I started playing the lick to what would become “Criminal Mind.” We did this with a bunch of early ideas on songs together… bouncing ideas off each other. He basically did the “she’s alright” part of the song. When he got busy making his own record, I wrote the lyrics, arranged the rest of the song and very happily put it on this new record. It’s a catchy one.

Q: There’s a hilarious bit about a lost phone on your song “The Weekend.” Just curious: What kind of phone do you currently own and how many apps do you have on it? Details, please!

A: Currently an iPhone 7. Most important app: Find My Phone. Most used apps include Instagram, Facebook Pages, Bandsintown, Pages, Voice Memo, Weather, Clock – to wake up on time to take my kids to school and know what time I can call my manager as we are separated by multiple time zones, AP Moblie, Reuters, NPR, Twitter and WhatsApp… I use all these apps with the knowledge that it affects my long-term attention span and does nothing for me spiritually or mentally other than cause more stress while reducing my ability to deal with real stressful situations as all I do to cope with those is obviously use any number of these apps to tap out. Photography: Still using Hipstamatic, love Photofox, PhotoStudio.

Q: Your parents — Veronique Sanson and Stephen Stills — are both songwriters of note (to put it mildly). If you could pick one song from each to cover at your next concert, which ones would you choose and why?

A: Covering your parents is something that happens when you get gushy with an audience and feel like you’ve already earned their respect and have proved yourself to be just as much a “songwriter of note” as them. We love what they do. I play what I love. And I love them, too.

Q: You actually sing a lovely version of The Bee Gees’ “How Can You Mend a Broken Heart,” on the I, Tonya soundtrack. How’d that come about?

A: Sue Jacobs — music supervisor — and Mark Batson — producer extraordinaire — called me in. I’ve worked with them a few times on other movies like American Hustle. It’s a little dream team if you ask me. So I went over to Mark’s house with a few guitars and my voice. Mark is so great to work with ‘cause he’s fast. Real fast. You just gotta bring your A-game and be ready to flow. It’s such a great movie, and Sue Jacobs really did a fantastic job of making that soundtrack for it. The producers were really struggling with what song to put in that scene. It’s a real climax in the film. It was between me and another girl. Was grateful they chose my version. And I got to meet Tonya Harding at the premiere in LA. I told her “The world was wrong about you!” To which she responded “Well… it’s closure for me”.

Q: You performed in France a few times this year. Since you went to high school there, do you ever sing any of your songs in French when you’re there? Have you recorded your music in French at all?

A: I made a whole French record that was shelved when I left there to come home. So yeah… I got songs in French. But to be fair, they aren’t covers of my English songs, they’re their own thing. But if you wanna find em they include “Kitty Cathy,” “La Fin du Monde,” “Fanny” — a cover of “The Weight,” to name a few. I’m way more comfortable singing in English than French, but that doesn’t mean I’ll never do it again.

Q: It’s been 20 years since your first album 100 Year Thing. Are there any tunes from that album that you still include as part of your setlist?

A: “God Won’t Make You a Man” and “100 Year Thing” are both ones that keep coming back. Oldies but goodies I guess… They just rock in that undeniably timeless way. I always like to see if the drummer gets the time right on “God Won’t Make You a Man”… It’s backwards. “100 Year Thing” is a full-on protest song about racial divide, a subject that sadly remains in need of a voice. And folks love that one. The live version of it has a bit more to it than the record. My dear friend Clifton Collins, Jr. bugged me for a long time to do a video for that song years after I made it. Although it’s just acoustic in the vid, that’s the arrangement you’ll see me do with a full band. Good times.