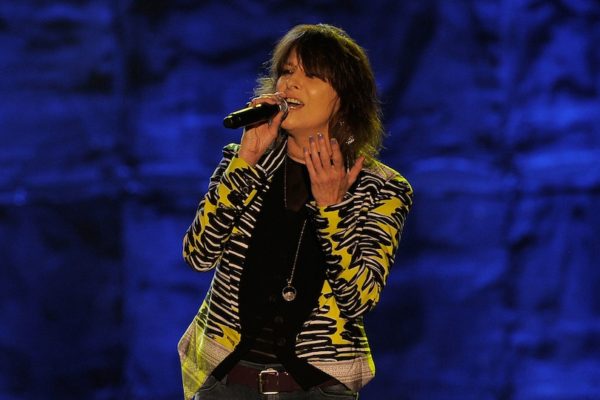 Several years ago, Chrissie Hynde of the Pretenders published a  memoir (Reckless) recounting the crazy, harrowing and generally badass nature of her life. Back in the ’70s, she left the hinterlands of Akron, Ohio to head to London. For a time, she wrote for the New Musical Express (the “NME,” for those of us who could get imported copies). For another time, she sold handbags on the streets and worked in a clothing store owned by Malcolm McLaren (who discovered the Sex Pistols). She nearly married Sid Vicious (didn’t we all). Chrissie was genuinely devoted to finding her tribe – and found it, in the form of Martin Chambers (drums), James Honeyman Scott (guitar) and Pete Farndon (bass). They formed the Pretenders, this mashup of a restless American and three Brits equally obsessed with music.

Their first album was viciously in-your-face, a reflection, perhaps, of the trip Chrissie had taken to “the dark side” back in Ohio. Bikers, drugs, gang rape and lots more drama, all of which is recounted in the book. From the time of that breakout album onwards, she has remained unapologetic and defiant. Her influence can be seen in younger female artists from Alanis Morrisette to Pink to – god help me – Miley Cyrus.

But Chrissie is not impressed, at least not with the most current crop of pop stars. During an interview with the BBC, she ripped the likes of Miley and other female singers who strut around in little more than butt-floss and pasties:

“Maybe they’re feminists on behalf of prostitutes – but they are no feminists on behalf of music if they are selling their music by bumping and grinding and wearing their underwear in videos. That’s a kind of feminism – but, you know, you’re a sex worker is what you are. I think it’s provocative in a way that has nothing to do with music. I would say those women are responsible for a great deal of damage.”

Hmm. While I’m no fan of the relentless Instagram-and-Twitter vanity fest of gals like Miley (put your tongue back in your head, girl), I wonder if there’s a touch of “get off my lawn” in Chrissie’s rant. Your thoughts? And in the meantime, enjoy some vintage Pretenders awesomeness: