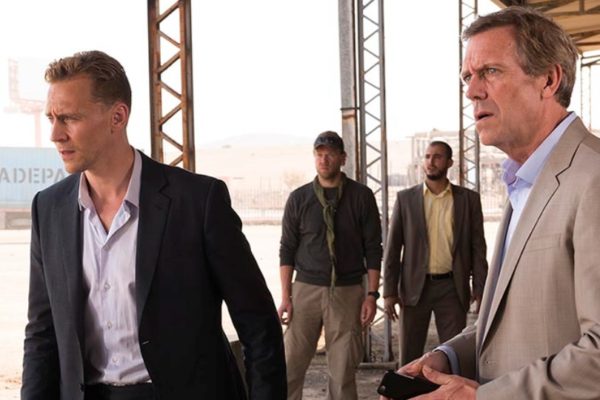 The problem with today’s Golden Age of Television is there’s no way to watch it all. Even if your taste is restricted to crime dramas, once you’ve come out of a marathon series like The Sopranos, Dexter or Breaking Bad, you’re often not ready to start on another show that’s only potentially epic. I mean, it’s not like you’re going to stop watching reruns of Law & Order and CSI. At such times, you may be best off tackling something that’s major but manageable. In short, a killer crime series with a limited run. Here are six “old” miniseries from the last few years that might fit the bill. Any can be consumed in a week; a day, if you’re totally crazy.

1. River: 6 Episodes
The biggest crime associated with this thriller is that leading man Stellan Skarsgård wasn’t nominated for an Emmy, Golden Globe or a SAG award. Nothing! Yet as a (probably) schizophrenic detective who sees “manifestations” of dead people, Skarsgård is truly remarkable as his character wrestles with a gnarly case unleashing demons from his past. His supporting cast is equally good, especially Nicola Walker as his murdered sidekick, Adeel Akhtar as his living one, and Lesley Manville as his world-weary boss. The “I see ghosts” never grows tired because when there’s only six episodes, a gimmick can’t get twee.

[amazon template=right aligned image&asin=B01FG20JXO]2. The Night Manager: 6 Episodes
Big-screen versions of John Le Carré novels (Tinker Tailor Soldier Spy, The Little Drummer Girl) can get a bit over-packed with plot because their twisty stories need time to unfold, regardless of the medium. That’s just what director Susanne Bier and writer David Farr have provided in their nail-biting adaptation of The Night Manager, a nastily cynical tale of an illegal arms trading deal infiltrated by a former serviceman (Tom Hiddleston in runway-worthy suits) and brokered by an amoral millionaire (Hugh Laurie quipping lines like “War is a spectator sport”). Since this is fiction, everything is done for the love of two good women, although only one will survive.

3. The Honorable Woman: 8 Episodes
Sure, we all loved Maggie Gyllenhaal in Secretary and Sherrybaby but did anyone really think she had this astonishing performance in her (complete with a flawless British accent)? As a conscientious businesswoman whose late father’s fortune was built in a less-than-scrupulous way in the Middle East, Gyllenhaal takes us on an emotional roller-coaster as her character searches for moral high ground while standing on the quicksand that is the Israeli-Palestinian divide.

4. The Night Of: 8 Episodes
The morning after is such a messy affair. And this HBO miniseries takes that casual truth to dramatic extremes as a Pakistani-American college student (Riz Ahmed) awakens to discover that his tryst from last night is lying dead in their conjugal bed. When cops discover a knife in his pocket, things only get worse. Given this is HBO, you’re guaranteed some heavy hitters in the cast too — namely, John Turturro as the lawyer and Michael Kenneth Williams as a fellow prisoner. (And no, that’s not a spoiler.)

5. True Detective Season 1: 8 Episodes
Do the world a favor. Pretend the second season of True Detective never happened. After all, Woody Harrelson and Matthew McConaughey weren’t in it and they’re a big part of what makes this truly disturbing Southern noir so frightfully unforgettable. Credit too goes to screenwriter Nic Pizzolatto who’s tangled yarn about a prostitute’s murder unravels into a tawdry tale as creepy as a creepfest can get.

[amazon template=right aligned image&asin=B01C69QV64]6. The People v. O.J. Simpson: 10 Episodes
Ripped from headlines (and the airwaves too for that matter), FX’s stunning courtroom drama is populated by bigger-than-life personalities apropos of the biggest murder case of the 20th century. Sarah Paulson and Courtney P. Vance are brilliant as chief prosecutor Marcia Clark and defense attorney Johnny Cochran while a series of stars in smaller roles— Selma Blair, Malcolm-Jamal Warner, Cheryl Ladd, Robert Morse – underscore just how much this trial was a media circus.