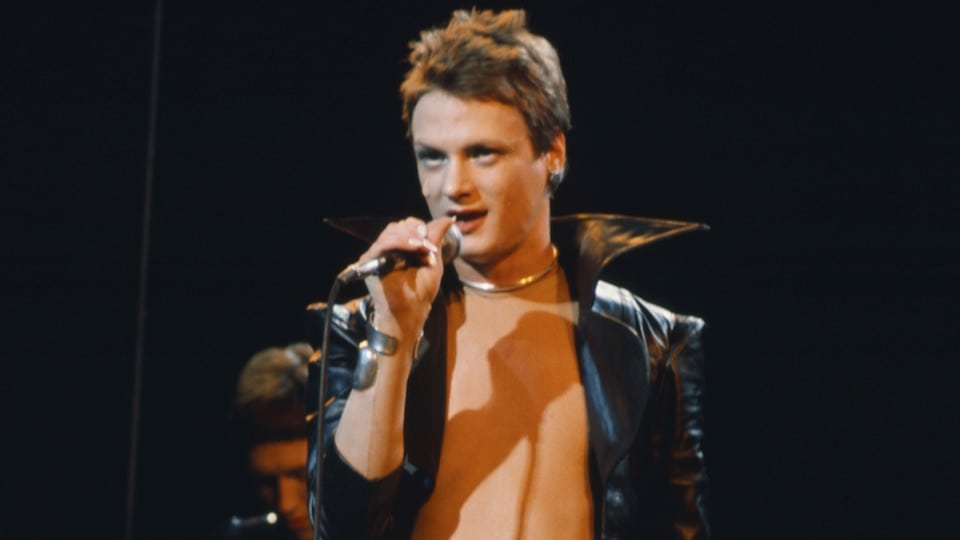 Among its other accomplishments, the David Bowie Is exhibition that brought one-of-a-kind Bowie memorabilia to museums around the world, and just finished its rapturously received run with a final stop at the Brooklyn Museum, reminded us that the music of David Bowie has always been a truly international phenomenon. Musing on Bowie’s global appeal offers an excellent opportunity to consider one of its most obvious manifestations. At some point, just about every nation with an active rock scene has birthed its own answer to Bowie — an artist obviously steeped deeply in The Thin White Duke’s sound and image but still bearing too much individuality to be dubbed a mere clone. Let’s look at some Bowie equivalents from all across the planet.

Like Bowie, Michael Winter — better known as XYNN — was galvanized by the late-’70s/early-’80s New Wave movement, but his career didn’t extend beyond that period. Just as Bowie made use of his theatrical leanings, XYNN incorporated his flair for mime, elaborate costuming, and performance art into his persona. And on record, his blend of art rock, electronic textures, and new wave fit right in with you-know-who’s Lodger/Scary Monsters period. Hell, he even had his own lonely-astronaut ballad a la “Space Oddity.”

Make no mistake — Michel Polnareff has always been very much his own man. And his long career has made him a legend in France from the ’60s to the present. But like Bowie, Polnareff has sported an often outrageous, always unassailably cool image, sometimes skirting androgyny, and has gone through many phases and personas, developing a style that has touched on glam rock, pop balladeering, and more, always filtered through a quirky, slightly off-kilter sensibility.

Related: “‘Station to Station’ Was Yet Another Reinvention for David Bowie”

Italy’s Fausto Rossi had two distinct phases to his career. From the late ’70s to the mid-’80s he recorded as Faust’O, releasing a string of edgy, moody, post-punk/New Wave-influenced albums distinct from but sharing a sonic universe with Bowie’s middle period. In the ’90s, working simply as Fausto Rossi, he got even edgier and more idiosyncratic, just as Bowie did in his later years.

New Zealand’s Alastair Riddell probably came the closest in sound and style to Bowie himself. He started out as the front man for the band Space Waltz, which also included future Split Enz keyboardist Eddie Rayner, and released a lone 1975 album that was closely aligned with Bowie’s glam-era approach. But Riddell quickly broke out on his own, declining an offer to sing with Split Enz and releasing solo albums that ranged from art rock to synth pop.

Pennsylvania-born, Texas-bred Bruce Campbell rechristened himself “Jobriath” in the late ’60s, and fronted the highly melodic, arty folk-rock band Pidgeon, which released an intriguing album in 1969. In 1973, he emerged as a solo artist amid a mountain of hype from Elektra Records. With an unabashedly gay public image, a glam-rock sound, and an abundance of outrageous costumes, he got plenty of press but didn’t see much commercial success. He died of AIDS in 1983, allegedly one of the first widely known musicians to fall victim to the disease. His story is told in the 2012 documentary Jobriath A.D.

3 comments on “A Wide, Wild World of David Bowie Counterparts”