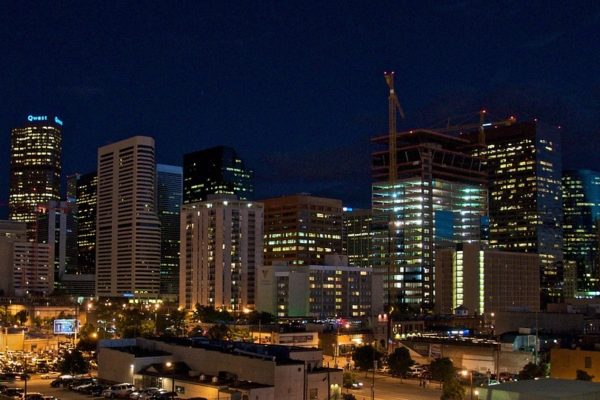 Denver, Colorado may be celebrated for hiking, skiing, and snowboarding in the surrounding areas, but it also offers plenty of cultural, cosmopolitan diversions. There are numerous spots to check out music in the Mile High City and, whatever your favored genre, you’re sure to find it onstage somewhere. The Red Rock Amphitheatre may be renowned as a natural wonder — and site of many a “live in concert” video — and the Pepsi Center may draw the jumbotron names, but Denver also offers many smaller, more diverse venues for taking in everything from country to cabaret and pop to punk.

3 Kings Tavern
Distinctly no-frills, the artwork at 3 Kings Tavern is mostly band stickers and the occasional velvet Elvis, while the bands on stage tend to be rock n’ roll, local and loud. Aside from music, 3 Kings also frequently features comedy, burlesque events, dance parties and art shows, as well as pool, pinball and video games. And, of course, if none of that does it for you, there’s usually some odd movie being screened behind the bar.

Bluebird Theater
The Bluebird’s vividly colored, curvaceously scripted neon signage is only part of what makes it a Denver treasure. The theater itself features a red-draped proscenium and balcony and still retains the elegantly symmetrical proportions of its original 1913 design. (It’s also on the U.S. Register of National Historic Places.) However, the Bluebird is far from frozen in time: the Brian Jonestown Massacre, Jonathan Richman, Lucinda Williams and Charles Bradley are among the acts who’ve played shows here. The tiers layout makes for good sightlines and the sound system is also solid.

Cervantes Masterpiece Ballroom
Another Denver venue with a deep history, Cervantes Masterpiece Ballroom was once the Ex-Servicemen’s Hall, a famed jazz joint in the 50s, and then the Casino Cabaret, which hosted legends like James Brown and Ray Charles. Today, the sprawling venue is centered on an enormous main room with dance floor, balcony and enormous disco ball and features an eclectic mix of artists from Kool Keith to Black Uhuru. Bonus points for the extra mirrors in the ladies’ room.

El Chapultepec
Jazz club El Chapultepec opened in 1933 and, since then, everyone from Beat icons (Jack Kerouac) to U.S. presidents (Bill Clinton) have sat in its red booths and grooved to the tunes. Many legends have heated up the small stage, including Ella Fitzgerald and Count Basie, but even on your average night, the players are top-notch and the sound is swinging. The club is small, dim and cash only, with 8 x 10 glossies of players both ubiquitous and anonymous crowding the walls. If you’re hungry — and lucky — there’s sometimes a gentleman selling fine homemade burritos out front.

Hi-Dive
The Hi-Dive may be small, but the electric-blue exterior makes it easy to spot. Owned by a pair of local musicians, the Hi-Dive’s setting may be lo-fi, the sound system is anything but, which has helped draw well-known indie names like MGMT and Fleet Foxes. The bar is a favored hangout for local musicians to check out new acts and network; it’s also a frequent venue for multi-day festivals and many-band benefit gigs.

Larimer Lounge
This no-frills dive bar has been drawing indie acts local, national and occasionally international since 2002. The main room is adorned with Christmas lights and posters for upcoming shows; bands that have taken the stage include Sleigh Bells, Heartless Bastards and Downtown Boys. Separate bar areas in front and back — the latter with a patio — allow you to step away from the sounds for a chat or a smoke. Larimer Lounge also has a cheap happy hour, made even more of a deal if you can win show tickets at Thursday bingo.

Ophelia’s Electric Soapbox
Part restaurant, part bar, part music venue, part themed playhouse, Ophelia’s Electric Soapbox is a vast, multi-level space. The building has previously been a bordello and a peep-show parlor over the last century and the eccentric decor reflects that theme — pinball backing glass and velvet paintings of bodacious babes. There’s live music most nights of the week, everything from gypsy jazz to salsa to tributes to classic rock reconstructions and an excellent selection of snacks and cocktails adds to the enjoyment.

PS. Check out our guides to these other great music cities: Nashville, Memphis, Las Vegas, New York and Chicago.

0 comments on “A Music Lover’s Guide to Denver”