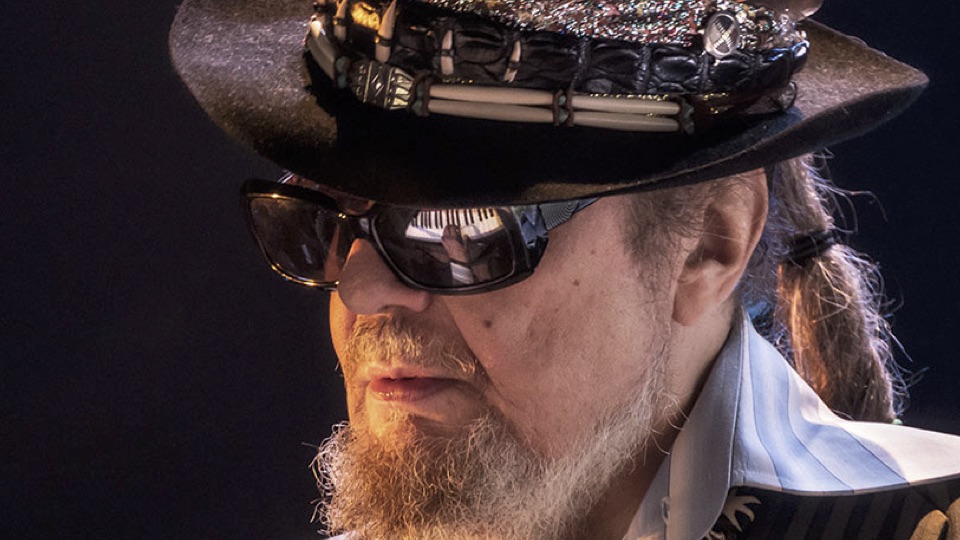 Born Malcolm John Rebennack Jr., Dr. John bent the funk genre as we knew it, leaving an indelible mark on generations of musicians to follow. His New Orleans background blended with his love for the blues and psychedelic rock inspired hits such as “Right Place Wrong Time,” “Creole Moon,” and “Such a Night.” Known for his eccentric live shows, he pulled elements from Mardi Gras and Louisiana voodoo to bring his New Orleans roots to life on stage. With the passing of the 2011 Rock and Roll Hall of Fame inductee comes an appreciation for the music he gave us. We celebrate Dr. John by taking a look back at selections from his best selling album, In the Right Place.

Produced by the late New Orleans rhythm and blues giant Allen Toussaint, In the Right Place features a myriad of prolific musicians, such as backup singers Robbie Montgomery and Jessie Smith of The Ikettes, and Art Neville and Ziggy Modeliste of The Meters. The funk-blues masterpiece reached #24 on the Billboard 200 and stayed on the list for 33 consecutive weeks in the summer of 1973. For a run time of 33:22, In the Right Place packs a supremely soulful punch with each track.

The album’s triumphant opener titled “Right Place Wrong Time” sets the tone for the rest of the record, with Dr. John’s experimental keyboard stylings and Toussaint’s crisp horn ensemble blaring in the spotlight. The single reached #9 on the 1973 Summer Billboard Top 100 in the US, and ultimately went on to be the album’s biggest hit. Today, it is easily regarded as the Doctor’s most notable track.

“Same Old Same Old” features Dr. John’s expressive and gritty vocals, riffing on the mantra “same old me/same old stuff/same old workin’ on/never enough.” While he was never particularly known for his singing abilities, this body of work is a prime example of both Dr. John and Allen Toussaint’s superior songwriting expertise. The album carries a familiar and overarching groove throughout, however the dynamic duo put their keen arrangement skills to work, altering the rhythm track-by-track to keep the funk fresh.

On a more mellow (but still funky) note, “Just the Same” provides the album with a bluesy ballad, serving a healthy dose of New Orleans soul. Despite reaching global success, Dr. John never let the world tarnish his hometown pride. His upbringing in New Orleans, Louisiana played a mammoth role in his career, influencing everything from his debut album Gris-Gris, to his unconventional and ever-opulent live performances. His signature look included mismatched bone necklaces, turquoise jewelry, and bold plume feathers, usually affixed to his top hat. For Dr. John, Mardi Gras wasn’t the only day of the year to be clad in metallic beaded necklaces and larger-than-life feathers. He brought the spirit of New Orleans with him wherever he went and preserved that same spirit throughout his musical walk of life.

“Qualified” and “Traveling Mood” keep this bluesy road trip moving with the flavor of Mardi Gras oozing out of every trumpet flare. Accomplished blues vocalist Jessie Hill delivers jubilant backing vocals on “Qualified.” Additionally, “Such a Night” was the second single on the album to reach critical acclaim and was famously covered by The Band in Martin Scorcese’s concert documentary, The Last Waltz.

In the Right Place comes to a close with “Cold Cold Cold,” which in classic blues spirit pairs a jovial, upbeat swing with somber-leaning lyrics. His crumbly Fogerty-esque vocals tie the album together with feelings of both celebration and heartbreak. Dr. John leaves us with a chilling yet uplifting chorus, crying out “It’s too cold, cold, cold/The way you wreck my soul…”

And with that, The Doctor said it best: “You wanna do some livin’ before you die? Do it down in New Orleans.”