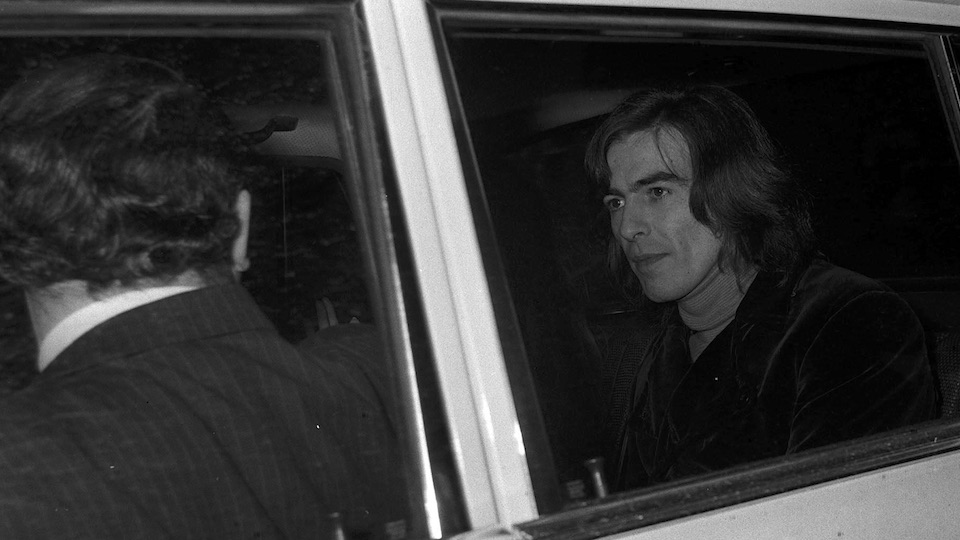 In January 1969, George Harrison was on tenterhooks. Life with the Beatles was becoming increasingly too much to bear. Harrison had spent the past few months producing an album by Apple recording artist Jackie Lomax, as well as hanging out with Bob Dylan and the Band, who had developed enormous respect for Harrison’s musicianship. It must have been understandably difficult to return to his largely subordinate role in the Beatles after his post-White Album bout of creative energy.

Although he was sympathetic to Harrison’s plight, producer George Martin later acknowledged his own role in ascribing the guitarist to a lower stratum in the Beatles’ natural creative order: “He’d been awfully poor up to then. Some of the stuff he’d written was very boring. The impression is sometimes given that we put him down,” Martin recalled. “I don’t think we ever did that, but possibly we didn’t encourage him enough. He’d write, but we wouldn’t say, ‘What’ve you got then, George?’ We’d say, ‘Oh, you’ve got some more, have you?’ I must say that looking back, it was a bit hard on him. It was always slightly condescending. But it was natural, because the others were so talented.”

By the advent of the band’s Get Back project in January 1969, Harrison’s irritation with the band’s political calculus had reached its fever pitch. But in spite of the increasing tension, Harrison attempted to appease his elder bandmates during the Get Back sessions at Twickenham Studios, at one point tenderly observing that “there’s so much material for us to get out, and there’s no one better to get it out with than us, for me, really. Heart of hearts.”

Related: “The 10 Best George Harrison Songs You May Have Never Heard”

Despite such gestures, John Lennon, in particular, had trouble taking his younger mate seriously. As the Get Back sessions trudged onward, Lennon even seemed to be baiting Harrison at times. During a rehearsal of Harrison’s new composition “I Me Mine,” Lennon joked “that a collection of freaks can dance along with George’s waltz,” before telling the guitarist “to get lost—that the Beatles only play rock and roll and there’s no place in the group’s playlist for a Spanish waltz.” As if on cue, Paul McCartney took to singing “I Me Mine” while feigning a Spanish accent.

During that period, Lennon began to increasingly focus his wrath upon Harrison. The annals of Beatles history tend to blame McCartney’s controlling behavior for the group’s interpersonal dilemmas during the Get Back sessions, a conclusion that seems to be buttressed by a January 6th instance in which Harrison reacted to McCartney’s patronizing attitude about his guitar arrangement for “Two of Us”: “I’ll play whatever you want me to play or I won’t play at all if you don’t want me to play,” he told McCartney. “Whatever it is that will please you, I’ll do it.”

In such moments, the Get Back project demonstrated Harrison’s second-class citizenship in the band, an aspect of their communal makeup that had been growing in intensity in recent years as the guitarist’s songwriting abilities began to improve radically. “The problem for me was that John and Paul had been writing the songs for so long,” Harrison pointed out. “It was difficult. They had such a lot of tunes, and they automatically thought that theirs should be the priority, so I’d always have to wait through 10 of their songs before they’d even listen to one of mine. It was silly. It was very selfish, actually.”

Related: “Did George Harrison Surpass ‘All Things Must Pass'”?

On one occasion, as a means of blowing off steam, Harrison took to singing impromptu Dylan tunes during the Twickenham rehearsals, including the symbolic “I Shall Be Released” and “All Along the Watchtower,” with its prophetic opening lyric, “There must be some way out of here.”

On Fri., Jan. 10 — after enduring a morning session in which McCartney goaded him about how to perform his guitar part — Harrison abruptly quit the group. Things seemed to have been exacerbated that day by the guitarist’s heated argument with Lennon during lunch, after which Harrison made a hasty exit, uttering “See you ’round the clubs” as he left the soundstage.

Harrison’s walkout lasted until the following Wed., Jan. 22 when the estranged Harrison met with his bandmates to hatch a plan for his return. Most importantly, Harrison demanded that they abandon Twickenham’s dour atmosphere immediately in favor of Apple’s newfangled basement studio.

On the afternoon of his return, Harrison performed a duet of “You Are My Sunshine” with Lennon in order to signify their renewed camaraderie. Later that day, Harrison decided to alter the band’s chemistry, as he had done so successfully back in September 1968 with Eric Clapton, by inviting ace keyboard player Billy Preston to lend his talents to the Beatles. “I pulled in Billy Preston,” Harrison later recalled. “It helped because the others would have to control themselves a bit more. John and Paul mainly, because they had to, you know, act more handsomely,” he continued. “It’s interesting to see how people behave nicely when you bring a guest in because they don’t want everyone to know that they’re so bitchy.”

Harrison’s gambit was a smashing success, with Preston making immediate contributions to the band’s sound, particularly on such songs as “Get Back” and “Don’t Let Me Down.” Indeed, Preston’s appearance had been so effective that Lennon lobbied for Preston to become a permanent member of the group, although McCartney demurred at the thought of five Beatles: “It’s bad enough with four!” he exclaimed.

For all of the interpersonal angst, Harrison’s departure, albeit brief, had given the band new life. As January 1969 wound down, they performed their legendary Rooftop Concert, while polishing off a host of new tracks, including “Don’t Let Me Down,” “Get Back,” “For You Blue,” “Two of Us,” “I’ve Got a Feeling,” “Dig A Pony,” “Let It Be,” and “The Long and Winding Road.”

Photo Credit: Beatle George Harrison. Both Harrison and his wife were remanded on bail until March 31 at Esher and Walton court accused of being in possession of cannabis resin. (Photo by PA Images via Getty Images)

2 comments on “Everything Fab Four: George Harrison Quits the Beatles”