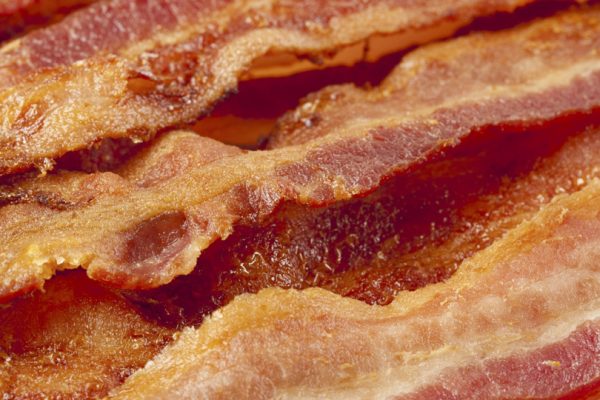 He fine-tuned his comedy chops at Cracked then deepened his culinary knowledge at Tasting Table so it makes perfect sense that Ryan Grim would end up as Extra Crispy’s Site Director where his foodie expertise and sense of humor can clearly both come into play. So what’s it like to work at a website that’s “all breakfast, all the time?” Here’s the skinny.

Q: How and when did Extra Crispy come about?

A: Extra Crispy launched on June 1, bright and early in the morning, of course. Meredith Turits, Senior Strategist, Brand Development at The Foundry, and Matt Bean, SVP, Editorial Innovation, had been developing the idea for months before that, hashing out what a breakfast website could be and assembling our stellar team of breakfast obsessives. People have such strong feelings about breakfast food and culture, and the meal has been getting more attention than ever lately, so there was a big empty space on the internet (maybe the only one left?). They roped me into their coffee-and-o.j.-soaked world in late March, and we’ve been all breakfast all day and all night ever since.

A: The enthusiasm around our Bacon Critic search was huge. People loved the idea of it, and we received over 1,500 applications from bacon-lovers around the country. But in the end, there could be only one. As for the other stories, readers are loving our international food coverage (like our Swedish breakfast piece and this one on tamago gohan) as well as articles about super-regional American dishes, like scrapple, goetta, and liver mush. It’s either because they enjoy learning about new dishes, or they’re already in the know and are rushing to defend their regional breakfast.

A: Totally depends on the reader. I can’t give you just one! If they love to cook and are looking for new ideas, I’d say “The Secret to Making Diner-Style Bacon at Home” and Justin Warner’s bonkers creations, like his potsticker huevos rancheros recipe. If they’re less of a cook and more of a breakfast scholar/enthusiast, I’d send them to this brilliant feature on the 1977 orange juice boycott and this story on Taylor Ham.

Q: What’s coming up of particular interest on Extra Crispy?

A: We’re doing a whole “Stuff on a Stick Week” starting August 22nd, and that will be a blast. Think boozy ring pops, huevos rancheros on a stick, and coffee and doughnuts (in some form or other) on a stick. Our Bacon Critic, Scott Gold, will start publishing stories in September, and he has loads of excellent ideas in the works. In November, he’ll crown the best bacon in the US, which I’m sure will get people riled up.

Q: What’s the weirdest and/or nicest response you’ve got so far?

A: My dad says he clicks on the newsletter sometimes. Plus the authors Megan Abbott and Meg Cabot talking to each other about oatmeal on Twitter after their Extra Crispy interviews. And Jerry Saltz got loads of Sweet’N Low swag as a result of the interview he did with us.

0 comments on “Extra Crispy: The Champions of Breakfast”