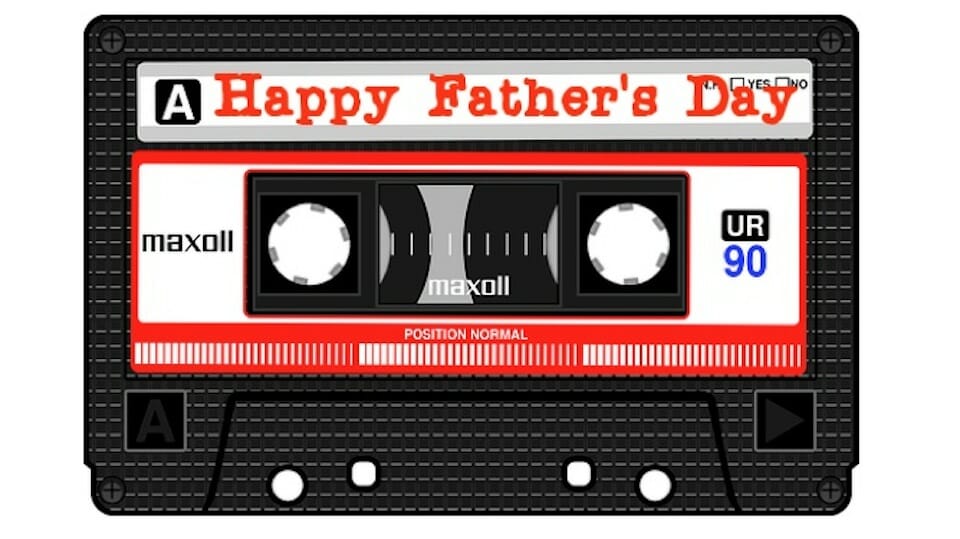 This Father’s Day, you could make a mixtape of memorable songs about dads that don’t include “father” in the title like Harry Chapin’s “Cats in the Cradle” and Reba McEntire’s “The Greatest Man I Ever Knew.” But where’s the fun in that?  So we’ve narrowed our picks to tunes that give a shout-out to the patriarch right from the get-go. Need some music for your day with “daddy,” “papa,” whatever you call him? Here you go.

1. Luther Vandross’ “Dance With My Father”

Your dad only wished he possessed a voice as smooth, warm and rich as that of the late, great Luther Vandross — a man who won four (yes four) Grammys for Best Male R&B Vocal Performance. Vandross’s tribute to his dad — which is about as loving an homage as you can get — was the title track off his final album and also netted the singer a Grammy for Song of the Year.

There are those who believe that the best thing about Nickolodeon’s animated The Wild Thornberrys Movie — especially women and young girls who believe about their own dads “There could never be a father / Love his daughter more than I love you” — is this sweet ballad which Simon wrote for his own daughter. And who are we to disagree?

For every great father/daughter song, there’s a great father/son song. This cautionary track from Springsteen’s masterpiece Nebraska concerns an estranged younger man who returns to his childhood home only to be told, “I’m sorry, son, but no one by that name lives here anymore.” In short, patch up any difference between you and dad now if you can. Also stick with this video for 45 seconds; that’s when The Boss appears.

4. The Temptations’ “Papa Was a Rolling Stone”

The question isn’t who hasn’t sang or sampled this song besides George Michael, Was (Not Was), Run-DMC, Phil Collins, and Los Lobos. Hell, The Temptations weren’t even the first. That honor belongs to The Undisputed Truth. The question is who wouldn’t want to sing along with it? As feel-good melodies go, this one is hard to beat even if the lyrics are harsh.

Most people probably know that the original rendition of this number by Elvis alone is much better than the version with his daughter Lisa Marie, who joins him here for a posthumous duet. It’s more than worthy of a listen, too. Ultimately both are effective weepies!

You can’t really have a viable Father’s Day mixtape without a song by James Brown who was, after all, the Godfather of Soul. This is a man who knows that “Papa is the man who can understand / How a man has to do whatever he can.” The “dad” in Brown’s funky tribute may not be perfect, but you can damn well be sure, he deserves your respect.

Did Christine McVie write this song for the band’s drummer, the band’s bassist or the band’s lighting designer? Nothing is simple when it comes to a Fleetwood Mac song. The same can be said about most people’s relationships to their fathers. In fact, is this even a song about someone’s daddy? What is a “daddy,” anyway? More on that via our next pick.

June is Pride Month as well as the month for Father’s Day, so it seems only appropriate to include a song by one of pop music’s greatest gay icons. Sure, the hit song, which made it all the way to Number One on Billboard‘s Hot 100, isn’t about a patrilineal relationship per se but this Father’s Day, let’s honor all the daddies in the room, including the ones who wear leather.