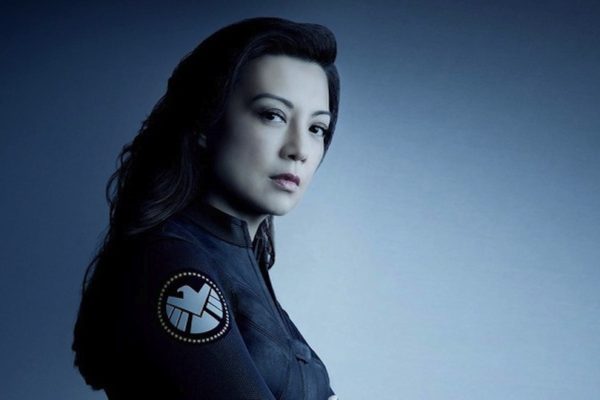 Thirty new superhero flicks are scheduled to come out over the next five years, of which just two will have female leads—Wonder Woman and Avengers (with Black Widow). It’s no news that Hollywood has an abysmal history of producing movies starring women superheroes, but the good news is that television has got a much better track record. Especially of late. Consider this hardly comprehensive list of six women—with powers ranging from telekinesis to transmogrification—who possess the right mix of brains and kick-ass. Nasty women? Well, only in the best sense possible.

Elektra, Daredevil
Let’s be clear up front: a superhero can be an antihero, and no one does that better than Elektra (Elodie Yung) on Netflix’s Daredevil. Though traditionalists may bemoan the revamp of her original Marvel backstory, the main switch from her being a bored heiress to a mystical weapon makes for more engaging storylines. But what most fascinates us about Elektra is how she embraces her dark side wholeheartedly, with a thirst for killing and an impish sense of morality that causes havoc with Matt Murdock’s Catholic faith. No mere female sidekick, the character comes into her own when conflict with her mentor Stick (Scott Glenn). What happens then? Go see for yourself Hint: The student becomes the master.

Eleven, Stranger Things
Kudos to Netflix for knowing smart girls turn into smart women, and we can only guess what Stranger Things’ smart girl Eleven (Millie Bobby Brown) will be like when she grows up. For now, she and her tween outcast friends are at the heart of the series. Because of her telekinetic abilities, she’s labeled a freak and gets taken advantage of, but somehow Eleven always retains her moral compass. She also may have just saved the world, and in terms of a hero story, you can’t beat that. If you’re not on Team Eleven, you probably have no soul.

Princess Allura, Voltron: Legendary Defender
Netflix scores again with this revamp of the iconic ‘80s cartoon about five Space Explorers and their mentor Princess Allura (Kimberly Brooks). Animated by the same team that’s behind The Legend of Korra, the series takes its superheroine from the helpless, blue-eyed, blonde Mary Sue to the evolved leader with mystical powers (and a good sense of humor). Possessing telepathic and transmogrifying abilities, this is a woman more than capable of handling herself with a rowdy group of misfits in tow. Voltron might be the Legendary Defender of the Universe, but Allura’s determination is what keeps hope alive in the galaxy.

Melinda May, Agents of S.H.I.E.L.D.
ABC’s Agents of S.H.I.E.L.D., Melinda May (Ming-Na) is arguably THE one to be reckoned with. (How can you not love a character nicknamed “The Cavalry”?). A no-nonsense military veteran, May is such stuff of legend that the new S.H.I.E.L.D. strike team she’s training—in their reverent awe—are unable to address her by name. Her kick-ass fight scenes have proven so popular that fans routinely compile them on YouTube for repeat viewing, and on top of that she’s an expert pilot, acrobat, marksman, and speaks four languages. This character is not without her own demons, though. In her namesake episode “Melinda” (Season 2, Episode 17), we learn how May became the hardened leader she is.

Misty Knight, Luke Cage
We weren’t sure what to make of Misty (Simone Missick) when she first popped up in Luke Cage but by the second episode (“Code of the Streets”) she’d proven herself to be the ultimate badass on the neighborhood basketball court in a pantsuit and high heels. Continually, this is one woman who is not one to be underestimated. Her ability to accurately envision crime scenes in her mind gives her a solid edge over the rest of the NYPD. Sure, she’s had a fallout with Luke but we’re still rooting for her. We have faith in Misty Knight!

Quake, Agents of S.H.I.E.L.D.
In contrast to her by-the-book S.H.I.E.L.D. compadre Melinda May, Quake (Chloe Bennet) has gone rogue by forming an alliance with vigilante Ghost Rider. Does that make her a supervillain instead of a superhero? We’re still not sure. What’s clear is her love for her former teammates is in conflict with her mission to bring down the Watchdogs herself. Quake’s use of her seismic abilities are not without consequences: her shockwave-producing powers cause her painful repeated bone damage, yet she presses on. Quake’s also a master computer hacker, and thanks to S.H.I.E.L.D., fully trained in hand-to-hand combat. Where will this divergent path take her? To the superheroine Hall of Fame, we say.

0 comments on “Where Are the Female Superheroes? Television, My Friend”