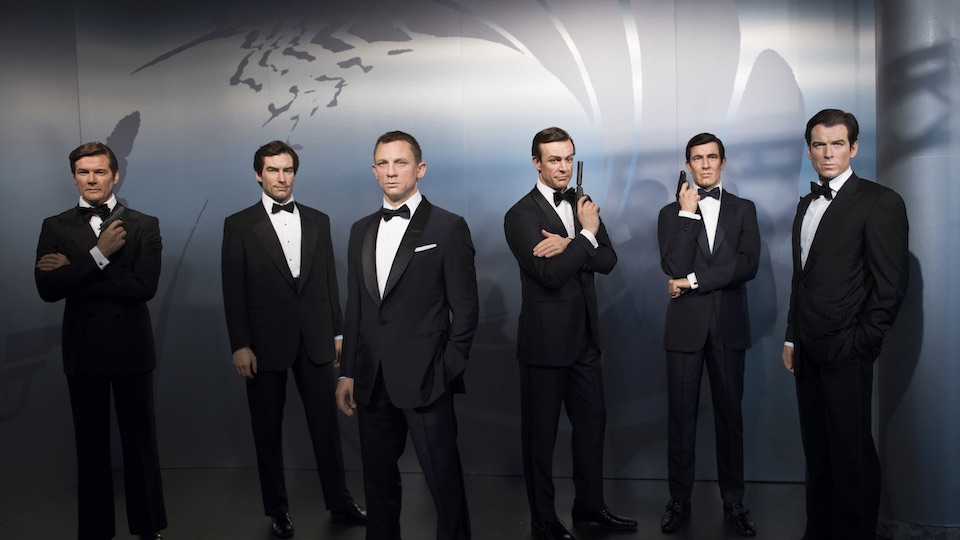 With a blend of glamour, intrigue, and action, the adventures of the Eton-educated sleuth James Bond have resonated with movie audiences for decades. 2019 finds the celebration and commemoration of four Bond stories, none remotely in the same wheelhouse. There’s a snow-packed love story, a character-driven revenge study, a female-led tale and a space oddity that would have amazed Bowie himself. Each has its fans. Let’s sift through the adventures of four very different Bond films and actors.

One of the grandest stories, Majesty borrows closely from Ian Fleming’s splendid original work. The film’s significance and weight are captured within the ongoing love story that happens between James Bond and his fair Tracy (Diana Rigg) as they escape from the clutches of arch-nemesis Ernst Stavro Blofeld (Telly Savalas). Majesty makes the significant gesture of re-casting Bond for the first time. Australian-born George Lazenby, a one film “Bond,” has few admirers of his acting skills. Yet his good looks, physicality and sartorial stances made him a strong contender for the part. With its stylish action scenes set against snowy mountains, Majesty comes off as the least dated of the sixties “Bond” milieu. It’s also the best.

Related: “Olympians Who Made It In the Movies”

It was a batty space spectacle that baffled audiences into believing what critic Christopher Null described as “without a doubt the most absurd James Bond movie, definitely of the Roger Moore era and possibly of all time.” Moonraker gave audiences a film to wash their agonies away with celestial pyrotechnics and spacecraft. The critics hated it, but the Moore-era films were never duly concerned with the opinions of journalists. This particular Bond movie closes out a triumvirate by director Lewis Gilbert (following You Only Live Twice and the excellent The Spy Who Loved Me). It’s the most assured and jocular of the three. Christopher Wood delivers a grounded script, self-contained in zingers and one-liners. Considering the space settings it sets out for, this is deliciously ironic!

When it comes to misunderstood masterpieces, Licence To Kill is the entry in the “Bond” category. Stifled box office returns led many to doubt Timothy Dalton’s credibility as “OO7,” ignoring both the overwhelming box office competition of the time (like Batman) and the rewarding nuances Dalton brought to the role. A performance driven by rage, hate, hurt, lust and fulfillment, Dalton delivers the most wholly complete interpretation of Ian Fleming’s hero. Single-handedly plucking him from the pages, Dalton delivers a very different version of Bond from Connery and Moore. Yet Dalton, stoic, quiet and hoarse, proved the series’ most underrated hero.

The most divisive entry in this list, World leads itself with a downbeat, often nihilistic script.  World is far more atypical of its decade than Majesty, Moonraker or Licence was of theirs. With Pierce Brosnan in the lead role, the film features two empowered female performances, Sophie Marceau (both temptress and villain) and Judi Dench (the genesis of her acclaimed Casino Royale and SkyFall performances found here). Director Michael Apted (best known for helming the unfaltering Seven Up series) offers a naturalistic docudrama style with gorgeous pictorial stylistics in what is an otherwise dark tale. This Bond film proved a series turning point, proffering more work for women. Apted’s wife, Dana Stevens, worked on the screenplay while producer Barbara Broccoli (now the series’ trusted custodian) found nuance within the film’s drafts. “With ‘Elektra,’” she said, “Bond thinks he has found ‘Tracy,’ but he’s really found ‘Blofeld’”.

So raise a martini — shaken, not stirred – to these four very unique “Bonds.”