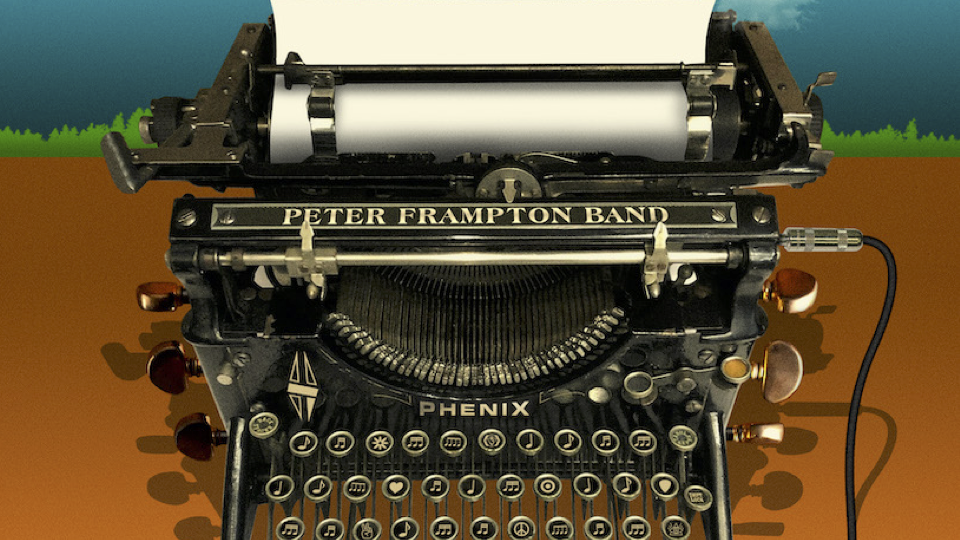 Although he spent much of the seventies balladeering and chumming beside the Bee Gees, Peter Frampton is first and foremost a musical chameleon. When he couldn’t encourage his Small Faces bandmates to recruit him, Steve Marriott invited Frampton to co-front Humble Pie, a blues-oriented outfit that helped pioneer seventies metal. But there was more to Frampton than rock arpeggios, and no less a luminary than George Harrison recognized the fluidity of his work. Inviting Frampton to contribute to the All Things Must Pass sessions, Frampton was surprised to find the Beatle guitarist acquiescing lead duties to him. And as if repaying his debt to the late songwriter, Frampton has just recorded a blistering rendition of “Isn’t It A Pity,” mirroring Harrison’s lead vocal with a piercing, powerful guitar lick.

“My guitar is another voice,” Frampton told Grammy.com. “It’s like I sing with my voice and I play with another voice. It’s always been the most expressive part of what I do, is play. So, when I chose these songs to do instrumental versions of, I chose them because of my capability, of what I thought I could do.”

Frampton Forgets The Words demonstrates the guitarist abandoning any urges he may have to sing, in favor of relying on the guitar that served as his instrument long before his voice piped up. It frees him from writing lyrics, and the album showcases the performer’s personal record collection with finesse, fire, and ferocity.

He salutes seventies peers Bryan Ferry and David Bowie, but the album happily soaks up the influences set by the younger, more contemporary bands. Of the more later recordings that make the setlist, “Reckoner” seems the most satisfying, culminating in a coda that’s even more satisfying than the Radiohead original. Caught in the drama of the performance, Frampton’s guitar soars, capturing a melody rich with interest and imperfection.

Then it’s back to rockier territories, as he rips through Lenny Kravitz’s fiery “Are You Gonna Go My Way” with riotous aplomb. But just as listeners fear that the album has become too turbocharged, he dials it down with a gorgeous rendition of the Alison Krauss favorite, “Maybe.”

There are clunkers: “Avalon” sounds lonely without a voice to play beside, “One More Heartache” overstays its welcome, even at a radio-friendly four minutes, while Frampton’s version of the Stevie Wonder centerpiece “I Don’t Know Why” sounds like an outtake from a completely different album. The album isn’t entirely diverse, but when Frampton does experiment, he lunges into the genre with a spontaneity worthy of his craft.

And so it is that “If You Want Me To Stay,” recognized by funk readers as one the best of its ilk, proves the most exhilarating number, freshly cut with a sexy guitar hook. Shaped by a Latin-tinged backbeat, Frampton returns to the rhythm position he penciled for himself during the Harrison sessions and pivots through the routines with electricity and energy. It’s rare to hear the London-born player play so damn “dirty,” but the frisson that drew him to the instrument in the sixties has reemerged with confidence. Frampton pummels the track with a swagger comparable to the soundscapes of the Humble Pie variety.

Frampton hasn’t felt this alive in decades, and the music–crisp as it is– is all the better for it. Judging by the quality of this work, Frampton would be foolish not to repeat the trick on a future covers album. Maybe he’ll use the talkbox?!

1 comment on ““Frampton Forgets The Words”: Coming Alive with Covers”