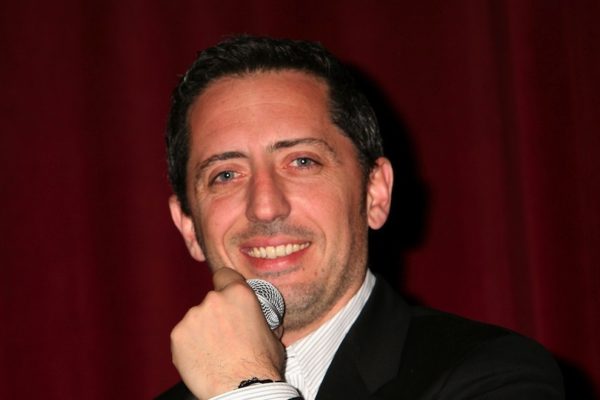 What’s the deal with Gad Elmaleh? Hugely popular in France, this Moroccan-born comedian is starting to make Americans sit up and notice in the NY comedy scene. Endlessly compared to Jerry Seinfeld, it’s no surprise that Gad’s brand of humor is observational — it just spans a larger geo-political world than that of his American counterpart. He speaks four languages and calls himself a “Moroccan, Jewish, French, Francophone, Anglophile, American observer.” Gad is credited with bringing the American stand-up style of comedy to France and, in his 20 plus years there, has built a massive reputation as an actor and director. American audiences may have caught their first glimpse of him in a small role in Woody Allen’s Midnight in Paris.

The man is a bona fide celebrity having performed for years to sold-out stadium audiences in France, hosted the César Awards (the French Oscars) three times, and been voted the “funniest man in France.” He has over 4 million followers on Twitter, he recently sold his LA home for $4 million and he has a child with Charlotte Casiraghi, the daughter of Princess Caroline of Monaco.

The comparison to Seinfeld is deserved. Gad doesn’t rely on shock value, insults or foul language. He is a charming, relatable guy-next-door who elucidates the absurdity in everyday experiences. In a 2013 episode of Seinfeld’s web series, Comedians in Cars Drinking Coffee Gad and Jerry tease each other about their respective countries’ idiosyncrasies while tooling around in a constantly stalling 1950s Citroën. With requisite accordion music in the background, they visit Pommes Frites, Balthazar and French Roast Café while Jerry riffs on the sartorial ubiquity of the scarf in France and Gad gleefully mocks Jerry’s use of the thumbs-up to indicate his opinion of the French fries.

Gad could easily loll about in his Gallic comfort zone enjoying considerable fame in France but, as he explains in his American act, he wants to challenge himself.

He has performed in Israel (in Hebrew), in Morocco (in Arabic) and from time to time in New York City (in English) with an act geared toward an American audience “to show New Yorkers what they look like from a French point of view.” English is not a first language for him, so where he might run into problems is the heavy reliance by comedians on idiomatic and cultural references. While his well-honed style is fluid and improvisational, Gad has said that his English act has to be written down and followed to the letter.

Comedy is a delicate balance of timing, keen insight and a healthy dose of je ne sais quoi. Gad has all of that in spades. It remains to be seen if his humor will be lost in translation or if his star power will transcend the cultural divide and propel him to the ranks of a Jerry Seinfeld in America. Judging by Gad’s experience to date, I’d get in on the ground floor of this one.