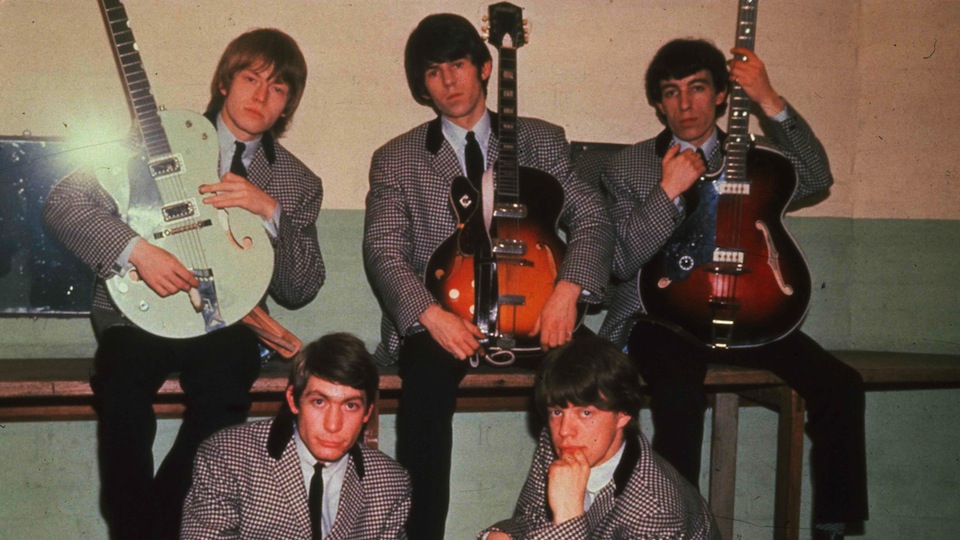 What role has the guitar played in America’s number one hit songs? Has its presence grown or diminished? Has it been a driving force in propelling songs to the top of the charts — or more of a bystander? Over the last two years, I have analyzed each Billboard number one song of the rock n’ roll era, starting in 1955 with “Rock Around the Clock.” I assigned each song a “guitar score” of zero to ten in each of four guitar-centric categories: riffage, rhythm playing, fills, and solos. A song with no guitars whatsoever scores a zero, while the perfect guitar song (which does not yet exist, though a couple have come close) would max out with a score of 40. Having already analyzed the number one songs from 1955 to 1969, I recently completed the latest five-year period: 1970 to 1974. With 20 years worth of guitar scores from 388 songs sitting on a spreadsheet and begging to be analyzed, I thought it was time to search to examine some trends. Here are some findings.

Finding 1: Guitar Presence Comes on Strong in the 1970s
The 1950s were trending for guitar use then a four-year drought ensued. But 1964 saw that turn back around with the first number one hits of The Beatles, The Beach Boys, The Animals, and Roy Orbison. The songs of ‘64 nearly doubled 1963’s “guitar score” average. In subsequent years, many more guitar-rich songs would continue to top the charts. By the early 1970s, guitar and rock n’ roll have become more synonymous with the lowest-scored year (1972) still higher than nearly every year of the preceding decade.

Finding 2: Rhythm Playing Has Trended Upwards
We can thank the slow, steady increase in rhythm guitar quality to inventive late-‘60s players who moved beyond the standard “chunking” rhythm lines of the early-‘60s; musicians such as Keith Richards of The Rolling Stones (“Satisfaction,” “Honky Tonk Women”), Roger McGuinn of The Byrds (“Mr. Tambourine Man,” “Turn! Turn! Turn!”), Robby Krieger of The Doors (“Hello I Love You”), and Steve Cropper with Otis Redding (“Dock of the Bay”). As the ‘70s began, rhythm players also took advantage of multi-track recorders and effects pedals — the wah-wah being chief among them — to add new textures to the music. Of the 83 songs from 1955 to 1974 with above-average rhythm playing (a score of 6 or greater), 37 of them (45%) fall in the years ’70 to ’74.

Finding 3: Riff Instrumentation Changes
Since 1957, riffs have probably seen the least fluctuation while fills didn’t so much rise or fall for the early ’70s so much as they witnessed an increased in the use of acoustic guitars. Though not a new concept — check out Marty Robbins “El Paso” from over ten years before — acoustic fills became more common in number one songs of the early ‘70s thanks to James Taylor (“You’ve Got a Friend”), Cher (“Gypsies Tramps & Thieves”), Jim Croce (“Bad Bad Leroy Brown”), John Denver (“Sunshine on my Shoulders”), Gordon Lightfoot (“Sundown”) and others.

Overall, we’d say that the overall quality of guitar work in number one songs increased from 1955 to 1974. Was guitar ever the main ingredient propelling a song to number one status? There’s a small bit of correlation, but good luck proving that definitively. Next time, instead of trends, we’ll look at some of the singular guitar standouts from this very same time period.