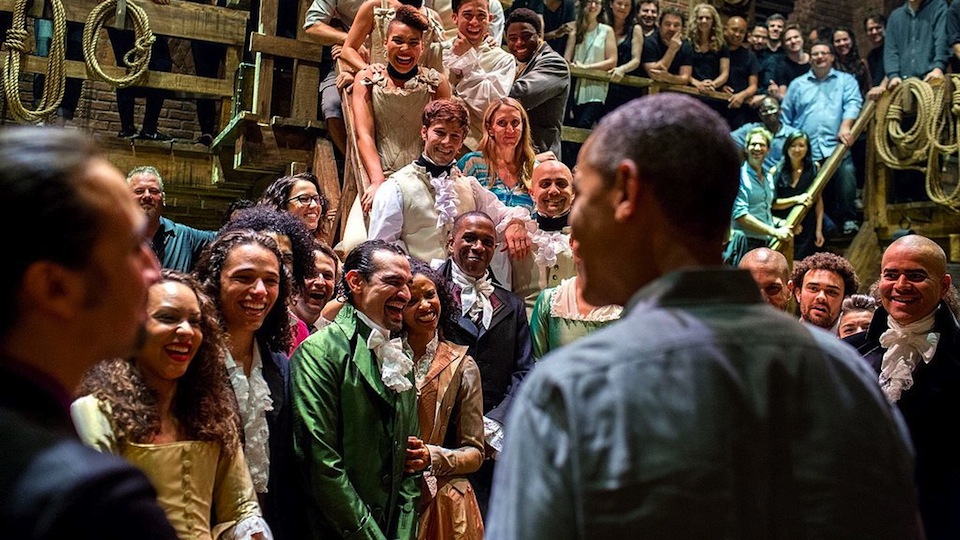 It’s the hottest ticket on Broadway, and the Hamilton effect is spreading across New York City. Tourists are visiting Trinity Church — where Alexander Hamilton and his wife are buried — and his home in Harlem. Donations are also spiking to Graham Windham, the orphanage founded by his wife Eliza. Why is there such an interest, all of a sudden, in a story that is more than 200 years old? Maybe it’s the way the story is told. Playwright Lin-Manuel Miranda picked up the biography on Hamilton while on vacation. Miranda said, “I prefer biographies but it could have been anything, I just happened to pick that one.” Immediately after reading it, Miranda thought Hamilton reminded him of his favorite rappers. He began writing rap lyrics to tell Hamilton’s story as accurately as possible. “It’s an incredible story,” said Miranda.

The first rap Miranda wrote based on Hamilton’s biography, he performed at the White House for the Evening of Poetry, Music, and the Spoken Word on May 12, 2009. Both President Barack Obama and the first lady Michelle attended this performance and have since seen “Hamilton” on Broadway.

Good luck getting tickets at a reasonable price. Hamilton is sold out for the foreseeable future. Resale tickets on Ticketmaster can cost you on average $1,000, but if you plan way in advance you can score one for about $100 for October shows. If you have the time you can enter a lottery two and a half hours before the show for $10 tickets or $40 standing room tickets. Keep in mind the show is nearly three hours long.

When we buy stuff with cash and even save money in the bank, these United States systems have Alexander Hamilton to thank. (Yes, that was my best attempt at a rap lyric.) Anyhow, this was Hamilton’s legacy, now helping Miranda establish his. With “Hamilton” the musical grossing well over a million dollars, that’s a lot of money going back to the fiscal system Alexander Hamilton created.