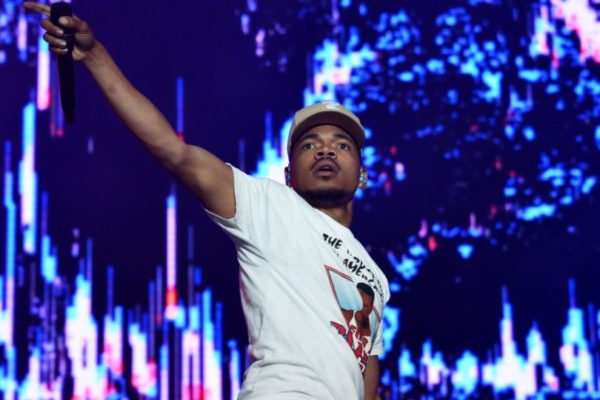 I’ve spent some good years of my life regretting not being born earlier to be able to assist to the release of masterpieces such as The Dark Side of the Moon or Highway 61 Revisited. To understand what it felt like being there at the time, taking it all in. I felt like nothing today comes even close to the impact those albums had, and in some ways I was right. Not because things are worse right now, but simply because they’re very different. The best artists today are the ones that are able to take music in totally new places, along with the listeners. Even hip-hop, still one of the most relevant genres today, has gone through so many changes since its well-revered 90s era that to expect another Illmatic doesn’t make much sense. Instead, here are three artists that have personally won me over by doing their own unique thing.

1. Kendrick Lamar
When I first heard To Pimp a Butterfly back in 2015 I just couldn’t believe it. It was the first time I really felt that a hip-hop artist was speaking to both the kids and peers of his (Compton) hometown, as well as to me, somebody with no experience of that culture and lifestyle. It was an album about Kendrick’s own personal struggles and rise to fame, but at the same time it was more than that — there were themes of finding yourself and living up to your potential, struggling to find something to believe in, picking between the good and the bad, fighting for a better society to live in. The narrative was so detailed and specific, yet so universal at the same time. Comedian Chris Rock once said about Kendrick that he’s “an East Coast MC with a West Coast swagger about him,” but I’d go even further and state that he embodies pretty much everything that a rapper needs to be — from the aforementioned lyrics, to the technical skill (he’s got dozens of flows to switch between), to the charisma (his voice is instantly recognizable and he can also put on a damn good live show), to the beats he chooses (always cutting-edge, with no two albums sounding the same) to whatever other aspect you can think of. None of his albums so far has been less than great, and as long as he keeps up this pace I don’t see anybody taking the hip-hop crown away from him anytime soon.

2. Danny Brown
Danny Brown is one of those artists that the crazier he gets, the more his music starts making sense. Originated from Detroit, his best stuff is not when rapping gritty stories about his upbringing (although that is also an important part of his identity), but rather when he gives us glimpses of what his life is right now. Non-stop partying, mixing drugs on the verge of OD’ing and just general all-around debauchery are a normal day for Danny, but don’t for a second think that he glamorizes it in any way. No, it all comes from a dark place, an attempt to cover those feelings of emptiness, loneliness and self-doubt. He’s well aware that this kind of lifestyle can only lead to an early, tragic death that the music world is unfortunately familiar with (in “Die Like a Rockstar” he name-drops many of the victims before him), and all of his albums starting with 2011’s XXX have felt like him taking us for a ride in his journey of self-destruction. In that way, his work has more in common with damaged classics such as Neil Young’s Tonight’s the Night or Pulp’s This Is Hardcore rather than any contemporary hip-hop, especially when the production also goes full-on experimental like on last year’s stunning Atrocity Exhibition.

3. Chance the Rapper
We hear so many stories about record labels and artists not seeing eye to eye with each other, usually about the business side putting pressure, limiting, and even changing the creative vision of the musician. With his career trajectory, Chance the Rapper challenged the status quo and proved that the two don’t need to co-depend on each other, and moreover, that the artist may even be better off on his own. All three of his albums thus far have been made available for download, free of charge and with no record label backing them up. Besides the obvious inspiration that this represents for any aspiring artist, it is also a decision that may point to the way things will be done in the future. As for the music contained inside those albums, well, it is equally laid-back and inviting, often taking cues from the worlds of soul, jazz and gospel with Chance’s playful vocals on top of it. Acid Rap made him break through, but I’ll personally always be partial to Coloring Book — a spiritual, colorful ode to his then newly-born daughter.

2 comments on “3 Hip-Hop Artists That Keep It Vital”