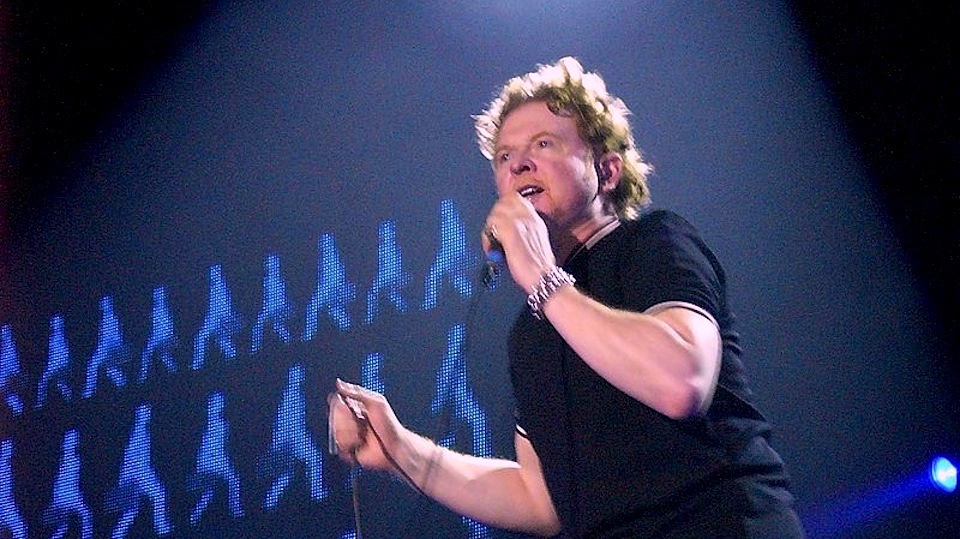 That asymmetrical mop of unruly red hair. Some stellar backup musicians and singers. Those loose-limbed, passionate dance moves. Simply Red, an English band who exemplified blue-eyed soul in the late ‘80s and early ‘90s, warrant a revisit. Fronted by Mick Hucknall with charisma to spare, the band brought stellar songs onto the pop horizon that hold up beautifully with their memorable grooves and maestro musicianship. With lyrics about relationships, sexuality, and your basic human struggles, Simply Red not only left us dazzled but kept somehow us dancing. That’s an unusual combo there. Here are ten of their very best tracks.

The group found their second number one hit on the U.S. charts with this popular cover, originally sung by Philly’s Harold Melvin & The Blue Notes in 1972. Hucknall’s voice has a tangible ache in this plaintive rendition which charts the demise of a relationship brought about by a lack of understanding. It might be hard for fans of the U.K. TV show The Office to separate this from the tragicomic rendition by lead character David Brent, but stateside the tune still delivers the bluesy goods to new listeners.

A beloved Cole Porter standard popped up on 1987’s LP Men and Women to wistful, lovely effect. A love song that evokes the pain of soldiers parting from their sweethearts en route to war, the video swarms with charming old-timey footage. On the audio side, there’s a gorgeous string section to bring healing tears and swelling hearts while The bad-ass front-man tones down his signature swagger tones to an uncloying sweetness.

A vibey video brilliantly accompanies this 1982 Billy and John Valentine ode to rough financial times and the shame that comes from not being able to help one’s loved ones. Gritty, catchy, and spirited, the song references the days of Reaganomics and bitterly conjures up a dark time of people on the dole, looking for relief and release.

Related: “Blasts from the Past: Five ’80s Bands with Recent Releases”

This lilting heartbreaker was Simply Red’s first number-one song on the U.S. Billboard charts. Hucknall began writing it when he was 17; it’s an autobiographical tale of a childhood marred by a mother who left when he was three and the father who stayed behind. The lyrics “Strangled by the wishes of pater/hoping for the arms of mater/get to me the sooner or later” powerfully encapsulate a lost innocence and a fear of moving forward.

An uptempo number that swings and excites, “To Be With You” features a bright brass section and soulful backup vocalists complementing Hucknall as he sings about wanting to get off a long concert tour and into bed with his true love. The driving rhythm and vibrant vocals make for a taut track.

Mick was never more appealing than in this ballad of a proud dad serenading his little child with loving hopes for his future during the sleepless days of early parenthood. Hucknall had his first baby decades after this was written, so his ability to conjure up such a scenario is deliciously prescient. When he sings “I don’t believe in many things but in you…I do” it’s hard to remain unmoved.

“When a man just can’t be trusted/and again he’s gone and lost it.” Deeply cynical, this track has a swinging tempo paired with its dark message. It also has a classically 1980s video, an urbanscape of gorgeous broads, and a self-dooming man who cannot commit to a relationship. Overall, it’s a great time capsule of a song with memorable hooks, fine instrumentals, and falsetto back-up.

The word “hot” does not even begin to cover this ode to rampant lust. Mick’s dance moves are subtly seductive and his band gets joyfully into the spirit of things in the elegant, stylish video. Lots of brass, pulsing rhythms, and harmonies that get under the skin fuel this message of pure eroticism. “The Right Thing” is an unapologetic anthem to the joys of sex — and one hell of a dance track, to boot.

This exquisite ballad references a couple who love one another but are unlikely to walk off into the sunset together for various reasons. Because of that, both are destined to walk away reeling. The video released with the song is a vintage ‘80s masterpiece of surrealism; the whole package emerges as a mournful tune with a yearning, otherworldly feel.

On the first release on the 1991 LP Stars, Simply Red charges out of the proverbial gate with great impact. The dizzyingly beautiful video entices the eye with lithe, dancing silhouettes, a European backdrop, and a delicious ‘80s overdrive. Another “love gone wrong” song with some lyrics but counters that with an upbeat tempo, powerful harmonies, and a “call and answer” format of “I’d give it all up for you/(yes I would)” that builds in an irresistible crescendo.

2 comments on “Holding Back Nothing: Simply Red’s Top 10 Songs”