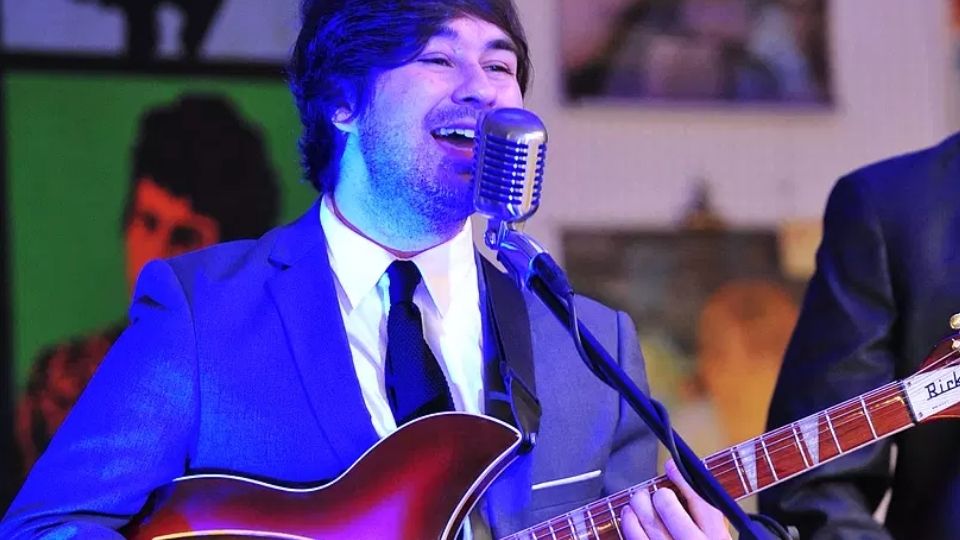 The music of The Beatles continues to resonate with, and be appreciated by, younger generations of musicians. Case in point: Johnathan Pushkar, the Nashville-based power-pop wunderkind who wowed listeners with his magnificent 2019 debut, Straighten Up. He returns with another fantastic collection of songs on his sophomore effort, Compositions. The album is full of tuneful British Invasion-inspired melodies which are also laced with a dash of country and a healthy dose of classic pop. His knack for crafting terrific songs guarantees that the positive energy of tracks like the lovely “Making Plans,” the upbeat ”Gonna Be Alright” and the glorious “Love Will Save The Day” will delight and inspire you, and they’ll quickly become new favorites.

The 1960s and 1970s-flavored tunes on Compositions are steeped in Pushkar’s deep love and appreciation for artists like The Beatles, The Beach Boys, and modern-day power-pop heroes like Fountains of Wayne. Pushkar’s a phenomenally gifted artist, and the music on Compositions illustrates that his songwriting has continued to develop and mature in the two years since the release of his debut. Songs like the Beatles-infused “Any Second Now” and “Does What She Does” will definitely be catnip for fans of old-school pop/rock melodies.

You’ll find a rich vein of genuine emotion and life experience running through tracks like “Alexandra” and “Red Eye.” There’s also a sly sense of humor displayed on tracks such as the country-styled “Just Friends.”

Pushkar performs the lead vocals on Compositions, and plays 12 string guitar, as well as drums, throughout the record. The stellar lineup of backing musicians includes John Merjave (aka Rocky Weekling) of The Weeklings and Matthew Thompson on guitar, Sandy Gennaro on drums, Kris Rodgers on keyboards, and producer Wyatt Funderburk (known for his work with power-pop maestro Kurt Baker) on backing vocals, bass and synths. The album’s sole cover is an outstanding take on the Paul McCartney and Wings rocker “Junior’s Farm.” Pushkar and the band’s version of the song knocks it out of the park. The track features the wonderful bass playing of Dan Ealey (who uses a bass he once lent to none other than Macca himself in 1974) as well as the amazing work of Wings drummer Geoff Britton, who also contributes his talents to several other tracks on the record.

Thanks to its smile-inducing songs and the joyous vibes infused within every track, Compositions is much more than a retread of the pop music styles of the past. Johnathan Pushkar’s innate talent and fresh perspective on the genre keeps this record squarely rooted in the current rock and roll soundscape. The album, which will be released on June 4, definitely marks Pushkar as an artist to watch. He’s a multi-talented musician and songwriter who’s clearly proud to wear his influences, and his heart, on his sleeve. His love of music radiates from every track on this terrific disc.