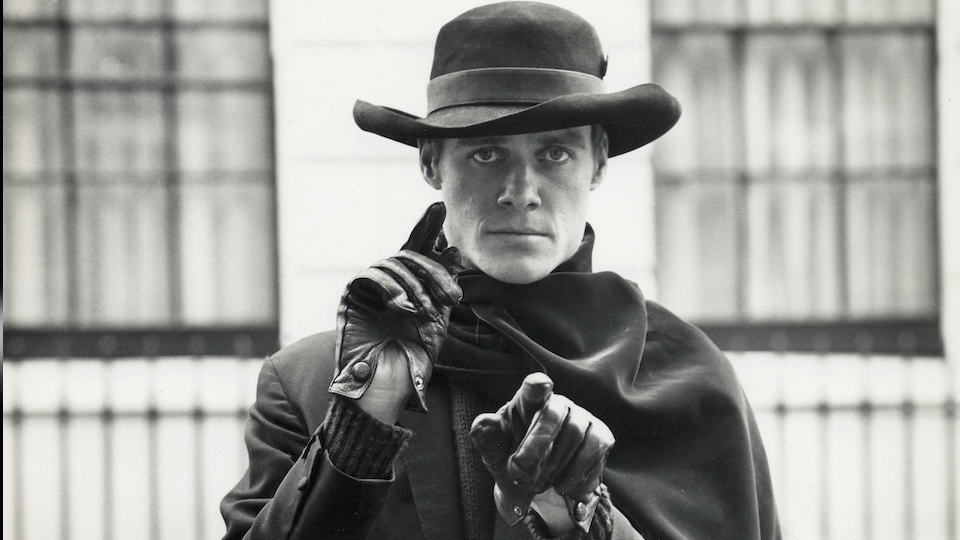 In Bad Reputation, the excellent documentary of Joan Jett, Iggy Popp called the ghoulish-looking Kim Fowley “Frankenstein on crack.”  And like Victor Frankenstein, the scientist who constructed his namesake, Kim also created a head-turner that could have lasted years only for it to prematurely fall apart.

Actually, Kim’s head-turner originally had five heads and was called the Runaways.

But long before the all-girl group ever scored a hit, Kim’s father, Douglas, used his boy as a lookout as he scored opium.  Kim was too young to see the irony that his Dad was breaking the law at the time he was playing lawman Doc Holliday in the TV series The Life and Legend of Wyatt Earp.  Kim also didn’t see his mother (actress Shelby Payne; one of his father’s eight wives), as she abandoned him, in part because of Douglas’ physical abuse.  When both parents remarried, Kim found himself shuttled between them and foster homes. He later said of his mother, “I was her firstborn.  I was the first child she gave away.”

But like other future misfit musicians, he found solace in songs and found folks who were of the same mindset when he attended University High School in Los Angeles.  There, he befriended Jan Berry and Dean Torrence (Jan and Dean), and future Beach Boy Bruce Johnston.  Kim briefly managed Bruce’s group, the Sleepwalkers, which included a lad even more eccentric than Kim: Phil Spector.

The group ran out of gas but Kim found a new gig apprenticing for famed DJ Alan Freed.  Freed didn’t believe in paying his young charge, with Kim recalling, “I got paid off in lunch and dinner.  There was no salary but he let me use his Thunderbird when I would take out older women.  But I remember he once said, ‘You can’t hurt a hit, but you can’t cover up a miss.’”

It certainly didn’t hurt his career that he co-produced in 1960 the number one hit “Alley Oop” by the Hollywood Argyles, a one-hit and done band consisting of himself, drummer Sandy Nelson, Gary Paxton, and a batch of studio musicians.  Two years later and following the advice of his then-girlfriend, the actress Candice Bergen, he took Tchaikovsky’s “March of the Wooden Soldiers” from the ballet The Nutcracker and musically morphed it into a rockin’ little record called “Nut Rocker” by B. Bumble and the Stingers.  Another two years passed by until Kim produced “Popsicles and Icicles,” a saccharine song written by David Gates, who later found fame and much fortune as the leader of Bread.

Kim slapped together the Murmaids, the first of his short-lived all-female, all-teen groups, and notched another number one hit, stating in 2003, “That cost $108 to make.  I have a shirt now that cost $108.”

But a record company would have lost its shirt if it bet on Kim being a solo artist.  Bob Dylan told him he should be a rock star only for Kim to try and then realize, “I see how my own personality got in the way of my talent.  I wasn’t really talented as a performer, even though I was good, but I was great as a strategist.”

He was competent as a songwriter though, contributing lyrics to songs performed by Cat Stevens (“Portabello Road”), The Byrds (“Citizen Kane”) Sir Douglas Quintet and Kris Kristofferson (“Michoacan), Kiss (“King of the Night Time World” and “Do You Love Me”) and the inimitable Wayne Newton (“Housewife”).

But of all the groups he worked with, Fowley is most remembered for being, as he put it, the “Psycho Svengali” for the Runaways.  Kim produced and co-wrote most of their first three albums, including their signature tune.  As Joan tells what occurred at singer Cherie Curie’s band audition, “Kim and I went in another room, and he said, just start playing me something. I started jamming on the ‘Cherry Bomb’ riff, and he started with the chorus.  ‘Hello Daddy, hello Mom.’ I’d say 20, 25 minutes, we came back and said to Cherie ‘Sing this.’”

Cherie wound up singing it to crowds and critics that were openly hostile, sexist, and misogynistic.  It wasn’t until one year after their formation that the group found a place where they were treated and greeted as if they were the Beatles: Japan.

Unfortunately, their time in Japan soon meant they’ll have no time left for Kim; whose creativity knew no bounds—especially when it came to creative bookkeeping.  Cherie stated: “It wasn’t until Japan that we got a paycheck.  We knew something was wrong when we weren’t getting paid and we had to ask for money for Tampax or a hamburger.  Yet we were selling out everywhere.”

After the third album, Kim no longer produced or wrote for the group.  For years, the group only spoke to him through their lawyers in an attempt to recoup royalties.  But towards the end of Kim’s life, Cherie helped care for him at her home after he was diagnosed with bladder cancer.  After he died in 2015 at the age of 75, Runaways’ bassist Jackie Fox accused him of raping her during a 1975 party attended by Joan Jett.  Joan rebutted: “Anyone who truly knows me understands that if I was aware of a friend or bandmate being violated, I would not stand by while it happened.”

But leave it to Little Steven to sum up Kim and his life: “Kim has been everywhere, done everything, knew everybody.  We should all have as full a life.”

And leave it Fowley to state the location of his final destination: “I’ll probably end up in hell because I like dirty women and I think heaven will be the Osmonds and Pat Boone.”