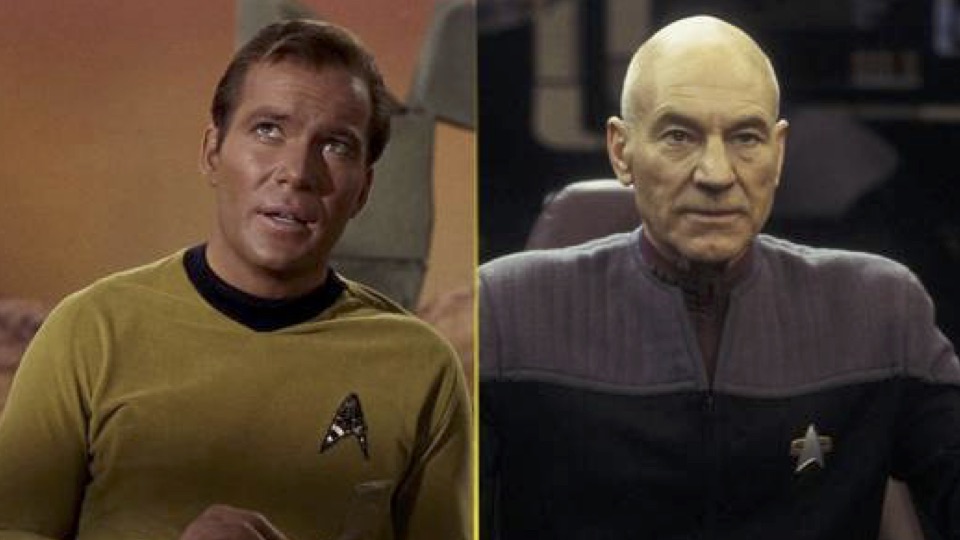 Who would have thought that, fifty years after its initial run ended, we would still be talking about Star Trek? Not only thanks to the many, many spin-offs and reboots we’ve seen over the years but thanks to all the tropes and standards it’s set for TV and movie sci-fi ever since. Despite the wobbly sets, cheesy sound effects and frequently hammy acting, Star Trek: The Original Series remains absolute perfection as far as science fiction is concerned. Many people will shake their heads and claim that The Next Generation series or even George Lucas’ Star Wars, hold claim to perfect sci-fi. Without TOS, neither of those bastions of the genre would ever have existed.  And that includes the upcoming Star Trek: Picard.

Star Trek’s original run broke several molds. It was bright, it was colorful, it brought diversity to our screens in brave, empowering new ways, and what’s more, its characters were interesting. They were charismatic, and complex, and worth getting behind. You can put any old sci-fi story together and have bland characters push it along if the plots are good enough. However, that’s simply not the way it should be. With TOS, you got intriguing dynamics, and a different saga every week. Often political, and more often than not a chance to beam down and pummel some rubber aliens, TOS’ stories are brilliant templates for all good sci-fi to follow.

Related: “A Season of Change for ‘Star Trek: The Next Generation'”

The main characters in Kirk and Spock are fascinating to see at loggerheads. The charismatic, confident and bombastic Captain Kirk is always fun to get behind, while the stoic, pragmatic Mr. Spock provided audiences with opportunities to think about the problems characters were facing. If Kirk was the passion and the raw energy, Spock was the reasoning and the – fittingly – logic that the show required. The fact that the crew of the starship “Enterprise” didn’t always get along, and that they needed to collaborate on complex situations, made stories all the more interesting. Characters such as the brow-beaten Bones McCoy helped to show us that not everyone joined Starfleet for the same reason.

Related: “‘For the Love of Spock’: A Salute to Leonard Nimoy”

For a generation of viewers, Star Trek helped to break down boundaries that were no longer acceptable. Both Nichelle Nicholls and George Takei, as Lt. Uhura and Mr. Sulu respectively, were the first characters of their kind on US television. Asian and African-American people were no longer being depicted as subservient, ineffectual set-pieces. Uhura is a powerful and multi-faceted member of the Enterprise crew – she blazed a trail not only for black people on mainstream TV but for women, too. Sulu is famously multi-skilled, articulate and always ready to call to action. Nicholls and William Shatner famously pushed for the first on-screen racial kiss between Kirk and Uhura to take place, despite resistance from the network – and we’re glad they did.

Let’s also take into account the fact that TOS came around at a point where the world was fascinated with the space race. Heading into the stratosphere was a very new concept at this point, and Trek helped to bring these ideas into our own homes. The idea of heading to space at all genuinely boggled the minds of millions. It still does. Here was a prime-time TV show that was potentially showing us what life could be like should we ever head to the stars. It premiered before Armstrong and Aldrin even set foot on the moon. It was a fascinating piece of fantasy, and it really helped to get the ball rolling.

We’ve also got to consider the technology being used. How many devices and set pieces are now part of our everyday lives? In the 1960s, the idea of a personal computer alone was a far cry from becoming reality. Yet here, we were shown intelligent starships, personal communication devices, teleporters and more besides. Research is actively ongoing into teleportation. We’ve been using cell phones and the like for years, now. TOS actively helped to create technological concepts and ideas which we are now making daily use of. How many other TV series or movies can say the same?

Let’s come back to the characters. All in all, this is a crew you can depend on. Flawed, certainly, but never failing to be fascinating. People will watch TOS episodes not merely for the ‘monster of the week’, but for how these characters would react to certain situations. These days, the production values may seem cheesy, overblown and maybe even cheap in some cases – but they don’t distract from genuine entertainment.

The very worst of sci-fi from years gone by is marked not only for its lack of production value but also for its failure to tell a coherent story. Gene Roddenberry was nothing short of a visionary – and while there may have been a bit of to-ing and fro-ing behind the scenes over the years, TOS remained compelling to the very end. In fact, it’s probably the most rewatchable of all of Star Trek’s branded shows. It’s impressively consistent.

Relaunching Trek with new stories, characters and adventures was always going to be brave. For most Trekkers, it’s the thoughtful stories and the interactions between alien races which make these episodes so worth watching. We got lucky with the likes of The Next Generation, therefore, with another cast of compelling characters and stories which actually made you think. That’s what sets Star Trek apart from other sci-fi, for me. These are thought-provoking tales. Please start a debate by all means, but I can’t remember the last time that a Star Wars movie made me sit up and think about something. With Trek, you are presented with moral conundrums, complex problems, and complicated characters.

Star Trek TOS is perfect sci-fi not because it largely got there first, but because it challenges you. Science fiction, by definition, is meant to present you with complex ideas in a far-flung world. Lazy sci-fi throws in ‘good vs evil’ battles and a few flashing lights. TOS had the lights, and more besides – but it was never lazy, and sometimes, good and evil were difficult to pick apart. For that reason – among many others – sci-fi has a lot to live up to if it has any chance of besting the original run.

Star Trek has never been more relevant – many would say, controversially, that it’s never been more exciting.  In the months to come, fans will be welcoming the return of Patrick Stewart to the franchise, with Star Trek: Picard set to air on TV later in the year.  This will be the second new TV “Trek” show released in just a few years, with Star Trek: Discovery having been renewed for its third season.  On top of this, a rebooted series of movies based on Kirk, Spock and the TOS team has been doing monstrously well at the box office.  It’s not yet clear whether a fourth outing will come to pass, but plenty of Trekkers old and new hope it will.