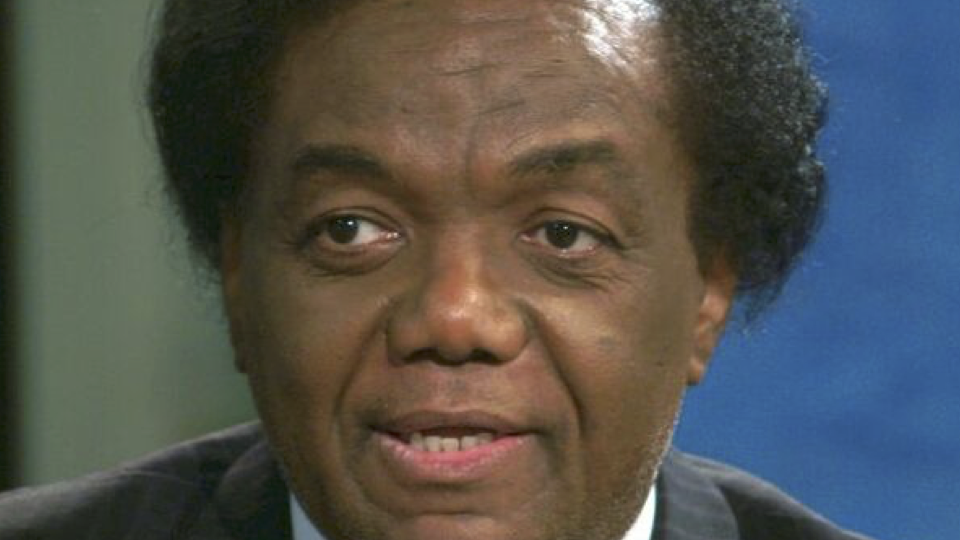 Lamont Dozier, who passed away recently, was one of the most gifted songwriters and producers of the modern era. Early in his career, Dozier recorded several singles for labels in his native Detroit, before uniting with siblings Eddie and Brian Holland to form the team of Holland-Dozier-Holland. This terrific trio wrote and produced numerous hits for artists like Martha and the Vandellas, The Supremes, The Four Tops, Marvin Gaye, Honey Cone, and 100 Proof Aged In Soul. Holland-Dozier-Holland contributed greatly to the success of Motown during the 1960s and 1970s. After they departed the label in the early 1970s, Holland-Dozier-Holland continued creating music together, starting their own labels, Invictus Records and Hot Wax Records. Eventually, Dozier parted ways with the brothers Holland and struck out on his own. Here are some prime examples of Dozier’s genius.

Where Did Our Love Go – Dozier originally intended this song for The Marvelettes, but they turned it down. He has shared in interviews throughout the years that The Supremes weren’t too keen about working on the tune either, but they did end up recording it. “Where Did Our Love Go” went all the way to number one in August of 1964, and the song was the first of five consecutive number one hits written and produced for The Supremes by Holland-Dozier-Holland.

Reach Out, I’ll Be There – This deeply soulful tune was influenced by Bob Dylan, according to Dozier. He and Eddie Holland wanted Four Tops lead singer Levi Stubbs to shout-sing the lyrics, in a kind of Dylan-esque style. Stubbs’ over-the-top, emotional performance struck a chord with listeners, and “Reach Out, I’ll Be There” rose to number one on the charts in the fall of 1966. It became one of the group’s signature songs, along with “I Can’t Help Myself (Sugar Pie, Honey Bunch)” and “It’s The Same Old Song,” which were also written and produced by Holland-Dozier-Holland.

This Old Heart Of Mine (Is Weak For You) – The Isley Brothers were only part of the Motown roster for a few years, but this memorable 1966 hit was released during their brief tenure at the label. Written by Holland-Dozier-Holland with Sylvia Moy, the song reached number twelve on the Billboard charts and was later covered by The Supremes and Tammi Terrell. Rod Stewart, recorded it twice, once as a solo artist in 1975, and later as a duet with Ronald Isley in 1989.

Give Me Just A Little More Time – Holland-Dozier-Holland left Motown in 1968 due to a legal dispute with Berry Gordy and started their own labels, Invictus Records and Hot Wax Records. Because of their ongoing litigation with Motown, the trio couldn’t release material under their own names, so they used the pseudonym Edythe Wayne for their songwriting and production credits during this period. “Give Me Just A Little More Time,” written by Holland-Dozier-Holland and Ron Dunbar, the tune made it to number three on the charts in January 1970, and was the first of four top 40 hits for the Chairmen of the Board. The song features backing work from members of The Funk Brothers, Motown’s celebrated group of studio musicians.

Band of Gold – This 1970 hit by Freda Payne was co-written by Holland-Dozier-Holland (once again credited to their pseudonym Edythe Wayne) with Ron Dunbar, and produced by Dozier and Eddie Holland for their label, Invictus Records. While Payne was initially reluctant to record it, “Band of Gold” became a significant hit for her, reaching number three on the charts. The lead guitar on the song was provided by Ray Parker, Jr., while the excellent sitar work was contributed by Dennis Coffey, a member of The Funk Brothers.

Trying To Hold Onto My Woman – Lamont Dozier recorded several albums as a solo artist and scored a hit with 1974’s “Fish Ain’t Bitin” from his album Black Bach. He also composed and recorded the theme song for the second season of the ABC sitcom That’s My Mama in 1975. He garnered his biggest chart success as a solo performer with “Trying To Hold Onto My Woman,” from his 1973 disc Out Here On My Own. The song reached number fifteen on the US charts. Ironically, it was neither written nor produced by Dozier. The song was penned by McKinley Jackson and James Reddick, and produced by Johnson.

Two Hearts – Dozier scored one of his biggest latter-day successes with “Two Hearts” a song recorded by Phil Collins for the soundtrack of his 1988 film Buster. Written and produced by Dozier and Collins, the song was a major hit, topping the charts in the US, and winning a Golden Globe Award. Collins, a fan of Dozier’s work for Motown, had earlier covered the Holland-Dozier-Holland tune “You Can’t Hurry Love” (originally recorded by The Supremes) for his second solo album, Hello, I Must Be Going. Collins later included his versions of a number of Holland-Dozier-Holland compositions as part of his 2010 release, Going Back, a tribute to some of his favorite Motown and soul music classics.

Lamont Dozier continued working as a writer, producer, and performer through the late 2000s, collaborating with a variety of artists, including Alison Moyet, Jon Anderson (of Yes), Peabo Bryson, Simply Red, Debbie Gibson, and Joss Stone. He also taught courses on popular music at the University of Southern California. During his incredible career, Dozier co-wrote and produced fourteen songs that reached number one on the Billboard charts. So much of the music that he helped create has become part of the musical fabric of several generations, and his songs will continue to resonate with listeners for many years to come.