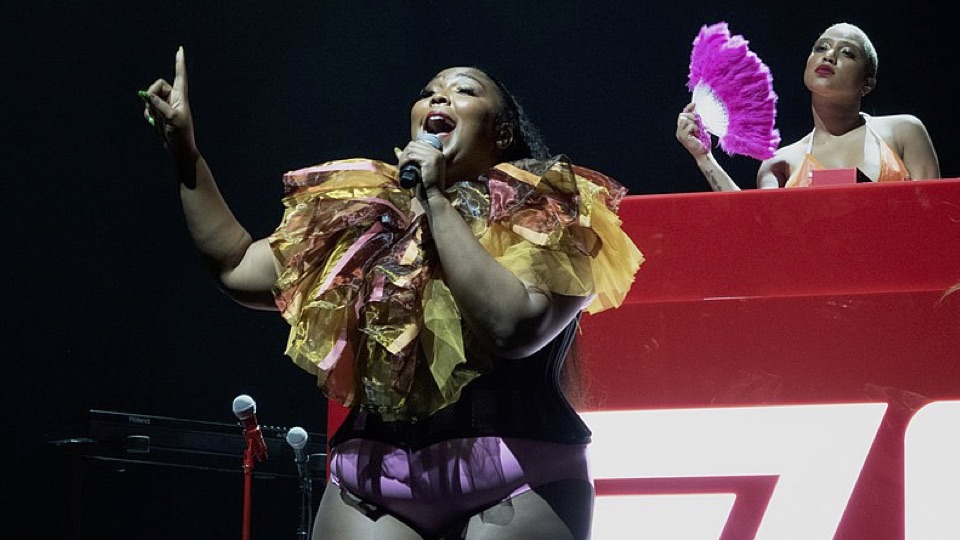 It’s too early to tell what should champion itself as 2019’s boldest work, but Lizzo –rapper, singer and UglyDolls voiceover artist — could easily claim the title as the year’s breakout singer. Her major studio debut, Cuz I Love You, is one of the two or three most wildly inventive releases of the year. No wonder Time just named her 2019’s “Entertainer of the Year.”

Discussing her “overnight success,” Lizzo assured Entertainment Weekly it was anything but: “Everybody says that and I’m like, ‘It took 10 years to get to this point! …Mainstream success happens very fast, and that’s why people think it’s overnight… But it’s cool, y’all are going to discover my discography, dig deeper.”

Indeed, the biting E.P Coconut Oil came out in 2016, with raucous guitar moments flying off the trained flutist’s uninhibited voice. It was viewed favorably by critics (Pitchfork thought it “an inventory of all the things she’s good at,” while Rolling Stone named it one of the twenty best pop albums of 2016), channeling the soulful energy she’d demonstrated on 2015’s Big Grrrl Small World. That album’s standout track “My Skin” challenged, while also channeled, the limitations of racial profiling, celebrating the synergies of collective ethnicities. ” ‘My Skin’ literally matters,” Lizzo wrote in 2015. “It matters because it’s the largest organ on my body. Because it’s my exterior. It’s been stretched, sun-burnt and covered in glitter. It’s the first thing you notice about me. My skin is dark brown, but if you asked someone they would say it’s black. My blackness is my largest assumed ‘accessory.’ Not my gender, religion or wealth.”

Related: “‘Prince’ At 40: Looking Back at A Purple Turning Point”

Inspecting the glossy, ardent pose that sits on Cuz I Love You’s cover, that is the least of Lizzo’s problems. Instead, this is a kaleidoscopic look at the varying enclaves that makes the millennial music scene as exciting as it ever was. The lead single “Juice” is a funk-fueled ballad that was performed on both The Ellen DeGeneres Show and Jimmy Kimmel Live! It won Video Of The Year at the 2019 Soul Train Music Awards. “Soulmate” and “Tempo” (featuring Missy Elliott) furthered this level of judicious excitement, while “Better in Color” embraced, acknowledged and ascended race. The album’s deluxe edition featured a sparky duet with Ariana Grande, remaking Lizzo’s Coconut Oil standout “Good as Hell.” Much like “Truth Hurts,” it found a larger audience once re-released than it did on the first round. “Truth Hurts” currently stands as one of Lizzo’s eight Grammy Nominations scheduled for the 62nd annual ceremony in 2020. Although it was met with slow success, Lizzo won through as the first Black solo female R&B singer to claim the top spot on the Hot 100 since Rihanna’s “Diamonds.”

Between musical projects, she acts, notably spinning from the slick, seductive poles so viscerally shot in the excellent Hustlers. Decidedly brave, the film did not use any Lizzo song on the soundtrack. Instead, her smoky voice bounced off of Charli XCX’s scintillating falsetto on the British songwriter’s fiery “Blame It on Your Love.” Firing off each other with Bowie/Mercury zest, the song premiered as the “Hottest Record in the World” on BBC Radio 1.

Related: “The 10 Best Queen Songs You May Have Never Heard”

2019 has proved an exciting, exhilarating year for the thirty-one-year-old Detroit vocalist. Furthering her position as one of the decade’s most extraordinary finds, Lizzo has been penciled to appear on the final Saturday Night Live broadcast of the decade (12/21). Hosted by Eddie Murphy, the show marks Murphy’s first time hosting since 1984 and Lizzo’s debut as a performer. What will the coming years bring? Either way, we’re looking forward to what Lizzo will cook next!

Photo of Lizzo in 2018: Wikimedia Commons