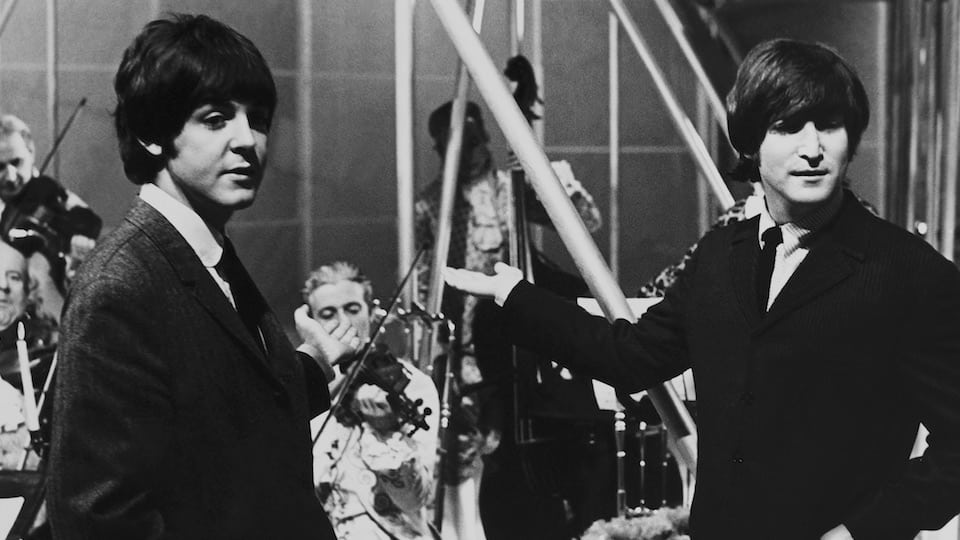 The adolescent Beatles masturbated in a room together, conjuring Brigitte Bardot for inspiration.

Paul McCartney’s revelation of these boyhood experiences with John Lennon lit up social media, clickbait to market his new album. Egypt Station is full of its own sexual confessions about “fuh-ing,” a new Macca-ism from the song, “Fuh You.”

And why not hear McCartney voice such sexual fantasies? Isn’t having a Beatle “crack your code” or “come on to you” what dreaming about the Cute One was always about?

Today, McCartney is still a sexual template — just not in the way we might expect a Beatle to be.

Sexual desire in uninitiated youth and the elderly is totally normal. But its bodily expression isn’t usually considered the sexiest stuff.

Wet dreams, which “everybody had” (as Lennon sings in “I’ve Got a Feeling”), are either met with ambivalent shrugs or grossed-out ridicule. Viagra is a punchline often used to mock older men who want to get it up and on with younger women.

But McCartney is out there talking about such things, and his seemingly unsexy musings are actually pretty sex positive. He’s the aging-rocker version of Mr. Rogers letting you know you’re okay just the way you are.

With his characteristic, persistent optimism, the 2018 McCartney presents sex as one of those magical but everyday happenings that we can and should talk about. It’s the kind of utterly basic idea McCartney has always been so good at using a memorable melody to sell us on.

Back in the late ‘60s, “When I’m Sixty-Four” forced young people to imagine a future that hopefully still included sex. Egypt Station’s “Happy With You” is the wished-for conclusion that details how now-retired listeners can fill up their time. Apparently, you can get high on bird-watching, walking in a field of bluebells, and listening to a little lamb’s cry (all favorite nature subjects in the McCartney oeuvre).

Egypt Station’s reassurances about the satisfactions of domestic partnership are coupled with songs about indiscretions and flirtations that involve the kind of techniques McCartney’s speaker used to get a date with Rita in the 1960s. “Come on to Me” and “Fuh You” are pit stops on the journey, showing how the mundane can still make room for sexual innovation or, at least, sexual fantasy. Try some role-playing, Macca suggests.

McCartney’s lyrical narratives are the kind of non-threatening observations about sex that he—and before that, the Beatles— has long been singing. It’s the kind of sex everyday people are having.

To today’s listener, the Beatles might seem like “a very clean old” band. But think about what is elided in “you know what I mean.” John’s line in Paul’s “I Saw Her Standing There” is the wink and nudge that knows all of those unspoken secrets between friends, code for the sex that the Beatles themselves witnessed of each other.

Related: “5 More Beatles Songs with Girls Names In the Title”

Stories like these remind us that the Beatles, musical geniuses and global superstars that they are, were teenagers once. When they sang “She Loves You” in German, they made the “dich” sound like “dick.” The key word in “Four a fish and finger pie” is “finger.”

In 1967, the same year as that outwardly sentimental ode to Penny Lane, McCartney sings about the date with Rita, the gender-bending meter maid whose clothes resemble a “military man.” “Lovely Rita” culminates in orgasmic release, but listen closely to the ohhs, faint in the beginning and intensifying near the end. The presence of Rita’s sisters, who won’t leave the room, hints that McCartney’s speaker is forced into having sex with himself, the memory of the meeting and date as inspiration.

In the ‘70s, Paul and Linda were constantly taking private sexiness and making it public: the glove-fitting in “Little Woman Love” and gravy-mopping in “She’s My Baby.” In the 80s, “Press” sounds like their “secret code” for lovemaking.

Related: “Everything Fab Four: Waiting In the Wings with Paul and Linda McCartney”

But, along with heterosexual ardor, Paul has also voiced homoerotic intimacy, which is just beneath the surface of Beatles lore, especially whispers and legends about John and Paul. 1982’s “Here Today,” 1997’s “The Songs We Were Singing,” and 2013’s “Early Days” are all love songs that recall the Lennon-McCartney songwriting partnership—and mourn its loss.

Egypt Station is a callback to the Beatles, especially their 1967 output. “Opening Station” and “Station II” occupy the same bracketing positions as the Pepper opening and reprise, which is followed by “A Day in the Life,” whose musical orgasm is even bigger than that of “Lovely Rita.”

Similarly, “Station II” is followed by a culminating medley evocative of Abbey Road.
Perfectly postmodern, McCartney’s new album is also a nod to an artist the Beatles inspired.

Take a look at the cover of Egypt Station and it’s hard not to think of the trippy illustrations of Prince’s 1985 concept record, Around the World in a Day. Although Prince claimed he wasn’t working in a Beatles tradition, his psychedelic homage still drew comparisons to Sgt. Pepper’s Lonely Heart’s Club Band.

“Now dig,” says Prince in the opening title track that hopes to take you away from “loneliness,” invoking Pepper’s theme and Magical Mystery Tour’s invitational premise.

Whether McCartney is aware of his new album’s connection to Prince’s Pepper-ish album is not evident—nor does it matter. McCartney’s sexiness on and surrounding Egypt Station is a fitting next stop on the musical journey of pop music.

Photo Credit: John Lennon And Paul Mccartney Presenting Fritz Spiegel And His Band At Manchester In England During Sixties (Photo by Keystone-France/Gamma-Keystone via Getty Images)

0 comments on “Macca’s Jacca Revelation: More Than a Sexy One Off”