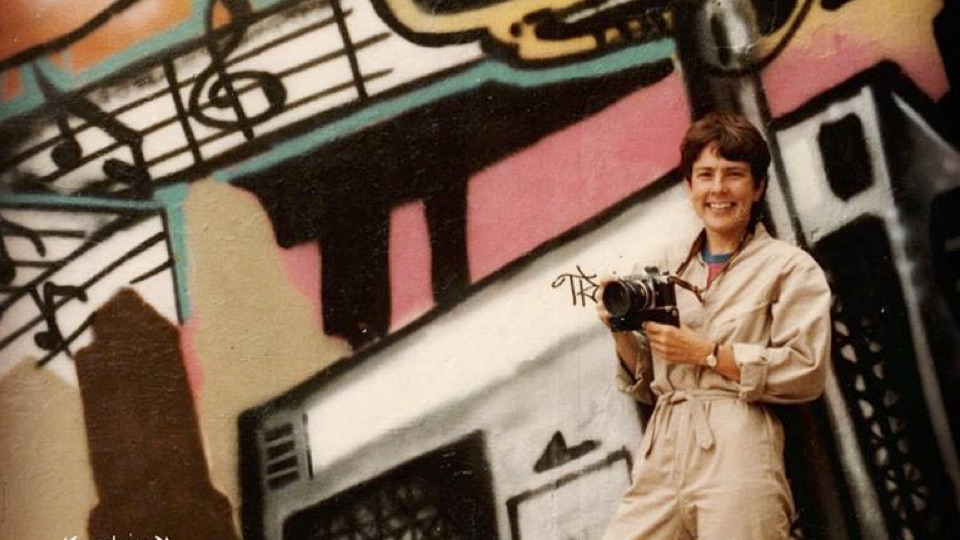 The documentary Martha: A Picture Story could easily have been called New York State of Mind, or New York New York, largely because the detail is every bit as thorough — and even more passionate — than any portraits Billy Joel or Martin Scorsese could have curated about their favorite city. But what separates photographer Martha Cooper from those two artists is the extraordinary truth she showcased both as a person and an artist.

One of the first female photojournalists of her rank, Cooper followed a template based on principle and purpose, and by doing so committed a certain New York into clear, kaleidoscopic pictures. Much like the graffiti Cooper felt compelled to document, this film crackles with an energy that is much artful as it is anarchic.

Director Selina Miles puts as much focus on the street art movement as on those who witnessed it, and the end product manages to attain the baseline of awe-inspiring moments that cultivated so many to take up their cans of spray paint.

Opening on “OSGEMEOS” –the brilliant identical twins that founded their work on Brazilian folklore — the documentary quickly discards any logical narrative structure for a patchwork that feels pleasantly Citizen Kane –esque. We flit in and out of the work with dreamlike demeanor, as the film wheels audiences through fragments and feelings that ultimately close the film on a sophisticated high note. By then, the legacy by which Cooper has glided on through the film’s eighty minutes isn’t only understood, it’s more than well-earned.

Related: “Paint It Orange: The Stones and A Movie That Almost Was”

Cooper co-authored the seismic Subway Art, a work commonly labeled as one of the pillars of photo history. Much like Linda McCartney, Cooper fought for the recognition of her work in an industry that preferred that women stand in front of, rather than behind, the camera. Naturally adventurous (the film takes the time to discuss a round-the-world trip she took in her early twenties), Cooper strode for perfection, directing the viewers’ eyes on a collection that’s as much a life’s work as it is a body of work.

In street art, Cooper found a format tailored to the bohemian verve within her. There, standing in the textures of multicolored frameworks, Cooper came to face an art movement that was tailored for the under-voiced factions of America. The collection — spontaneous and spirited — had global appeal, and Subway Art holds the notorious honor of being one of the UK’s most commonly robbed books. For graffiti was a format enjoyed by people of every sexual, racial and political orientation, plastering itself on the guttural reactions that come from a passing spectator.

Many of the most illuminating artists that decorated walls with their slogans were members of the African American community, one of them a piercing, precocious artist known as “DONDI.” Caught in the conflicts commonly witnessed in Brooklyn, DONDI  turned fatigue into favor, on a soapbox illuminated through tightly-formed typographies.

As if acknowledging her own background, Cooper has sought to help the artists commonly discouraged by the rigors of the mainstream media. The photos she captured were done with tremendous loyalty to a movement intent on returning art back from higher-class America to the hands of its original, intended audience. The movie understands the value of the work in the current market.

Premiering at the 2019 Tribeca Festival, the film wrapped before it could comment on the Coronavirus, but the polemical beats that drive the story feel strangely prescient in a nation that now holds a non-Caucasian woman in the venerable role of Vice President.

The film has much to say about how the world views women, but the tone (every bit as colorful as the projects it exhibits) never feels ponderous. Rather, it seeks to celebrate the city that captured Cooper’s muse, and frankly, you’ll struggle to find anyone paying a greater tribute to New York this year.

Photo: Image from film poster of Martha: A Picture Story

1 comment on ““Martha: A Picture Story” – She Documented Street Art”