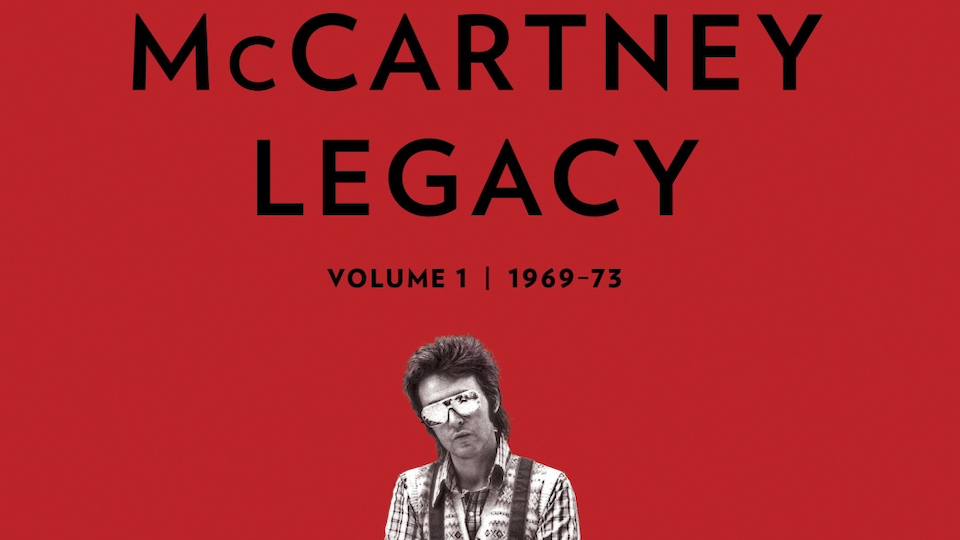 Paul McCartney has always had a tendency for self-mythologizing. Even as early as 1989, he was writing anthems that were gloriously detailed in their precision turning his perceptions of the music industry into something grander, despite commissioning Mark Lewisohn to piece together a literary memento. When he finally got around to committing his memories to print, it was done with an agenda, positing his place as The Beatles’ true avant-gardist. Since then, there’s barely been a point where he hasn’t basked in his achievements, frequently collaborating with the many musicians who grew up playing along to his numerous hits.

The just-released book, McCartney Legacy, Vol. 1 1969-1973 by Allan Kozin and Adrian Sinclair is a deep-dive into the years just after the Beatles’ breakup. It both looks at the evolution of his music and his personal life during that period.

Unlike John Lennon, McCartney’s been relatively loath to demonstrate a more intimate portrait of himself. This is more the pity, because in the first of their planned multi-volume series, Kozinn and Sinclair show a man who was keenly aware of his musical aptitude, yet burdened by crippling self-doubt, particularly after the breakup of The Beatles. The book looks at all areas of his life, opening on a man caught in the middle of a creative wind, before closing on the triumph that was Band On The Run, commonly regarded as the most enjoyable of his solo work.

It didn’t hurt that he was backed by Denny Laine, a hot-shot guitarist from Birmingham, who imbued Wings with a series of counter harmonies that were arguably richer than George Harrison’s. Certainly, Denny Seiwell was a finer drummer than Ringo Starr, and Henry McCullough’s barrelling hooks more than compensated for John Lennon’s absence. And yet Wings were always doomed to follow The Beatles, a criticism McCartney bore at all times.

Indeed, he was often spurred into competition with his former partner.  In one of the book’s more impressive chapters, we discover a bassist who wants to challenge Lennon in the political anthem department. It’s to McCartney’s credit that “Give Ireland Back To The Irish” was something much greater than a jolly singalong, although Laine and McCullough both felt a little uncomfortable with the recording, particularly in light of the 1972 Bloody Sunday massacre. Conversely, Kevin Rowland – of Dexy’s Midnight Runners fame – loved the track, feeling that the song celebrated his Irish heritage at a time of great turmoil for the diaspora.

McCullough was never shy to let his opinions be known and quit the band just as they were about to fly to Lagos. McCartney handled it professionally, but it further caused him to question himself, especially since Seiwell soon followed in departing the group. To their credit, they had put up with their leader’s dogmatic approach, a man who was capable of performing a multitude of instruments by himself, but McCullough made his mark on the fragile “My Love” bringing fire to a track that was otherwise wet with pathos.

Seiwell made his mark on Ram, which was recorded in New York, where he had long made a name for himself. Lushly produced, Ram was met with scorn from the music press. Kozinn & Sinclair decorate the book with a collection of excerpts, some of them more vitriolic than the last. Only the iciest couldn’t have been affected by the sniping, and there are times in the book (a hefty 720 pages) when the bassist might hang his head in shame in reflection.

Ultimately, this McCartney is the more interesting McCartney and makes the docile, thumb-hoisting character look submissive in response. He’ll likely never show this side of himself to the public, which is more the pity because The McCartney Legacy shows a musician who is much more complex than his compositions or his interviews might express. This McCartney’s fiery. This McCartney’s human.