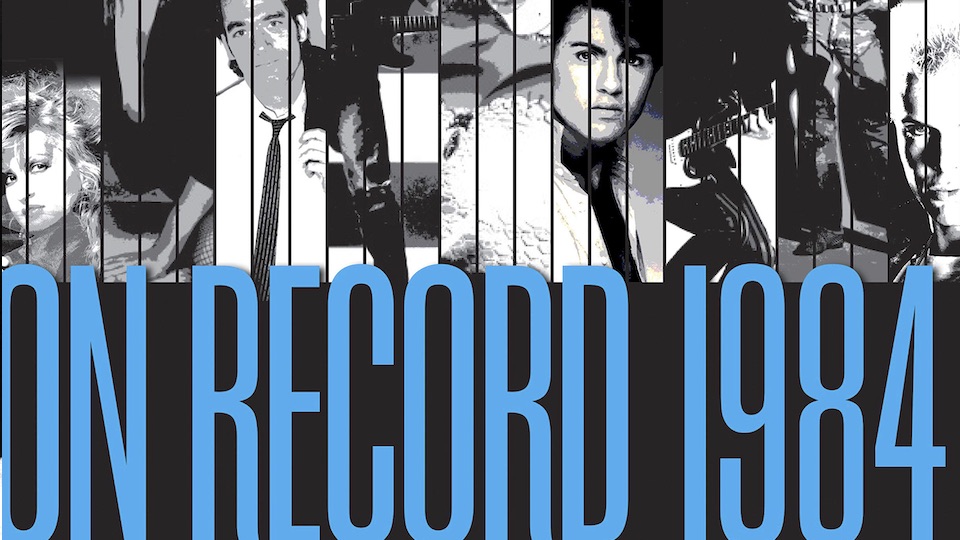 Lauded by members of rock royalty for his spirit, knowledge, professionalism, and dedication to building and preserving a time capsule rich in history, music journalist G. Brown has created an encyclopedia of sorts for the ages. A 26-year veteran beat writer for the Denver Post, Brown has dug out decades-old notes from past interviews, along with hundreds of rare images of musicians spanning 20 years (1978-1998) with photos containing management and publicity contacts.

This magnificent compilation has culminated in a three-volume series titled On Record. Over the years, Brown secured thousands of interviews with legendary performers such as Paul McCartney, Kurt Cobain, Mick Jagger, Bruce Springsteen, and a laundry list of others, all of whom shared stories of personal escapades and feelings about their achievements.

This MTV era places a spotlight on Madonna, Cyndi Lauper, and Huey Lewis as well as others whose careers overlapped and maintained success well into the ’80s. Chicago, Genesis, Rod Stewart, and Van Halen are among those who appear in all three volumes. Big poofy hair, vintage clothing, and music videos were all the rage in this one.

Nirvana and Pearl Jam are just two rock bands who ushered in the nineties like a meteoric explosion introducing the masses to the sound of grunge. Garth Brooks, Paula Abdul, Metallica, and hip-hop political heavyweights Public Enemy all rose to fame during this period, along with a number of underground sensations and one-hit-wonders.

Known for consistently chronicling Denver’s connections and influence on the music scene, G. Brown captures a wealth of history in this series. Case in point. When a little-known and not-yet-wildly famous group called Earth, Wind & Fire came to Colorado in 1971, Denver native Philip Bailey and his local Friends & Love bandmates opened the show for the elements of the universe as part of a promotional gig at the Hilton. A year later, Bailey would share lead vocals as a new member of EWF. Shortly afterward, former high school buddies and Friends & Love bandmates, Larry Dunn (keyboards) and Andrew Woolfolk (sax) also joined EWF as an initial part of the band’s new formation, and the rest, as they say, is jaw-dropping history.

Located in the foothills of Morrison, Colorado and a 20-minute drive from downtown Denver is Red Rocks, the chef’s kiss of an acoustically perfect amphitheater. Irish rockers U2 made the aesthetically unique locale a rock and roll mecca after they performed their popular live concert recording Under A Blood Red Sky there in 1983 during their War tour.

Destined to become a collector’s item with six more volumes in the works, music fans are sure to enjoy the nostalgia of yesteryear and live vicariously through Brown as he gained insight from artists, some of whom are no longer with us. On Record is available through the Colorado Music Experience website.

0 comments on ““On Record”: An Encyclopedic Guide for Music Lovers”