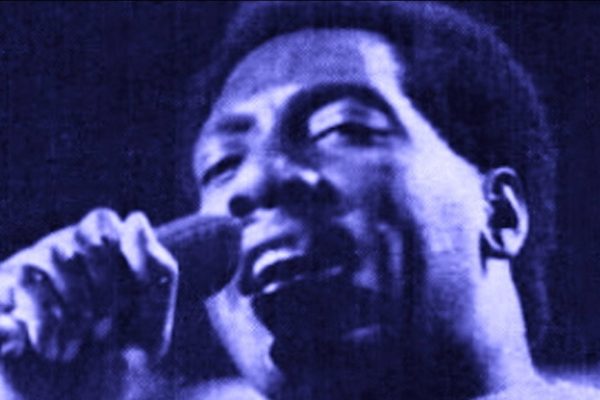 There are several albums I reach for when I’m in the mood for truly classic soul, but one that I choose regularly is Otis Blue/Otis Redding Sings Soul, which has strongly resonated with me ever since I picked up a copy at a garage sale in my teens. The thing that struck me when I first listened to the record is that voice, of course. It still affects me every time I hear it. There aren’t many singers who can imbue a song with pain and loss, yet still convey a sense of hope the way Otis Redding does; he doesn’t just sing soul, he’s its very essence.

Interestingly, the recordings for Otis Blue were completed in one marathon 24-hour period at Stax studios in July 1965. Redding was joined for the sessions by the legendary Stax house band, including Steve Cropper on guitar, Donald “Duck” Dunn on bass, and Isaac Hayes and Booker T. Jones on keyboards. What’s most surprising about the disc when you first look at the tracklisting is that it’s largely comprised of covers, such as the Temptations’ “My Girl” and the Rolling Stones’ “Satisfaction.” But Otis Blue isn’t just a hastily put-together collection of filler. It’s one of Redding’s best and a high watermark for ’60s soul.

Things kick off with the Redding-penned “Ole Man Trouble,” which positively drips with heartache. Then it’s on to “Respect,” another Redding composition, which achieved classic status when Aretha Franklin turned it into a feminist anthem. After “Respect” fades out, Otis and the band go deep, with an astonishing cover of Sam Cooke’s “A Change Is Gonna Come,” that equals, if not surpasses, the original. It’s one of three Cooke songs on the album, along with “Wonderful World” and “Shake.” Redding doesn’t simply cover songs on Otis Blue, he re-invents them, turns them inside out, and makes them his own.

The album also includes the intense, emotionally searing ballad “I’ve Been Loving You Too Long,” which Redding co-wrote with Jerry Butler, a gospel-flavored version of Solomon Burke’s “Down In The Valley,” and the bluesy growl of B.B. King’s “Rock Me Baby” which is backed by some stunning guitar work by Cropper. The album wraps up with what I feel is the definitive reading of William Bell’s “You Don’t Miss Your Water.”

Overall, Otis Blue is an album that I never tire of listening to; that incredible voice will always stay with me. While his career was cut short by a tragic death, Redding’s influence can still be heard in the work of modern soul acts like Charles Bradley, St. Paul & The Broken Bones and Nathaniel Rateliff & The Night Sweats. But one last note: If you’re looking to hear the best version of the album, seek out the 2008 Rhino re-issue, which features mono and stereo versions of the LP, plus some B-sides and live tracks.

0 comments on “The Timeless Charms of “Otis Blue””