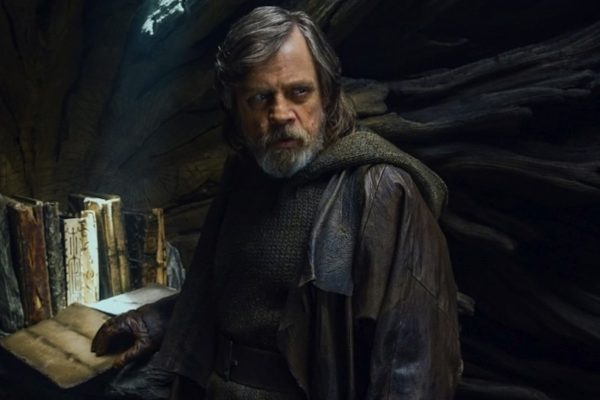 The movie’s a bit of a mess. Even the most dedicated Star Wars fan would have a hard time arguing otherwise. That said, The Last Jedi is an enticing mess, both deeply flawed and incredibly compelling. Amusingly, this duality is one of the ways in which the movie is truest to the spirit of Star Wars. A willingness to be amusing — sometimes at the expense of the saga’s most enduring elements — is likewise an expression of its fidelity to what’s come before. The key difference is how it chooses to express that kinship with its predecessors.

Reflecting the ongoing influence of Joseph Campbell, every movie in the Star Wars saga fulfills a narrative purpose beyond whatever occurs in plot terms — or even commercial considerations. This has remained the case even after George Lucas removed himself from it, allowing a new generation of fans-turned-filmmakers to continue the legacy. If The Force Awakens was about the legend of Star Wars and why legends matter, The Last Jedi is about the philosophy of Star Wars and why legends are often insufficient for dealing with the demands of the real world.

There’s a certain degree of political subtext in the latter approach, but writer-director Rian Johnson wisely uses it sparingly within the sprawling narrative. Instead Johnson keeps his focus on the characters. Primarily, this means the new trio of heroes introduced in The Force Awakens — Rey, Finn and Poe — as well as conflicted antagonist Kylo Ren (a.k.a. Ben Solo) but also features Luke Skywalker a crucial role. In fact, Mark Hamill’s performance as the now-reclusive Jedi is the single best thing about The Last Jedi.

The Force Awakens was criticized (even by many who enjoyed it) for being overly derivative of previous Star Wars movies. However, it also featured at least one absolutely stunning and unexpected moment. The final scene, with Rey offering Luke his original lightsaber as he looks on in silence, was even more striking than the ending of The Empire Strikes Back. While various trailers confirmed that Luke would have plenty to say in The Last Jedi, for the better part of two years the question of how he’d react to Rey’s equally silent plea has loomed larger than anything. One of Luke’s lines in the trailers actually hinted at both his reaction and the overall approach of the movie: “This is not going to go the way you think!”

Having established Rey’s affinity for the Force, it was natural to imagine that Luke would serve as her mentor — either before or after rejoining Leia and the resistance. It’s a credit to the film and a hopeful sign for the future of Star Wars that the reality is much more complicated. This is the payoff to the decision to make The Force Awakens the most quintessential Star Wars movie possible. Reminding both new and already devoted fans why the movies were worth the emotional investment made it possible for the new film to subvert their expectations without it feeling like a cheat. It’s also a sign that the full verdict on this new trilogy won’t be possible until the as-yet-untitled Episode IX is released in 2019.

In the meantime, an honest assessment of The Last Jedi has to concede that it’s an inconsistent mix of great and lackluster elements. Visually stunning at times, it continues two other long-standing Star Wars traditions. In addition to introducing new worlds, it balances multiple plot threads, though, albeit more successfully with the former than the latter. Too much of the movie is devoted to material that adds little to the overall story and has even less consequence. The Canto Bight sequences in particular come across as driven solely by the need to give John Boyega as ex-Stormtrooper Finn something to do while framing new character Rose Tico as a worthy addition to the saga. Benicio del Toro as the codebreaker who seems to offer the rebels a solution to their deadly dilemma adds some spark to this strand of the plot but still doesn’t make it any more essential.

The other characters, both new and established, are an equally mixed bag. Oscar Isaac as hotshot pilot Poe Dameron is showcased effectively at the start of the movie, but despite moments of conflict between both new character Vice Admiral Holdo (played by Laura Dern) and Princess-turned-General Leia feels like less of a presence in this movie than he did in The Force Awakens. Though she has some fine moments and probably has a bit more screen time in this installment, Leia also feels less impactful here, all-the-more sad with this being Carrie Fisher’s final performance in the role.

The movie is far more satisfying when focused on the interplay between Luke, Rey, and Kylo Ren (a.k.a. Ben Solo). The process of discovering that none of them are quite who they initially seemed to be is genuinely fascinating. Hamill plays especially well opposite Daisy Ridley and Adam Driver. The sense of regret at having failed his nephew and so many others is truly affecting. However, he’s at his best in the interactions with Rey, showing a sardonic side that’s perfectly suited to offering a fresh — and not particularly reverent — perspective on the series’ underlying mythology.

The end result is a movie caught between Star Wars as audiences have known it and a vision that arguably has more long-term potential. The Skywalker family and those in their orbit are still intriguing. Still, a galaxy with a broader cast of characters who aren’t beholden to the existing aristocracy allows for a broader range of stories. Flawed though it is, The Last Jedi represents a first step into a larger world.

2 comments on “The Persistence of Legends – “Star Wars: The Last Jedi””