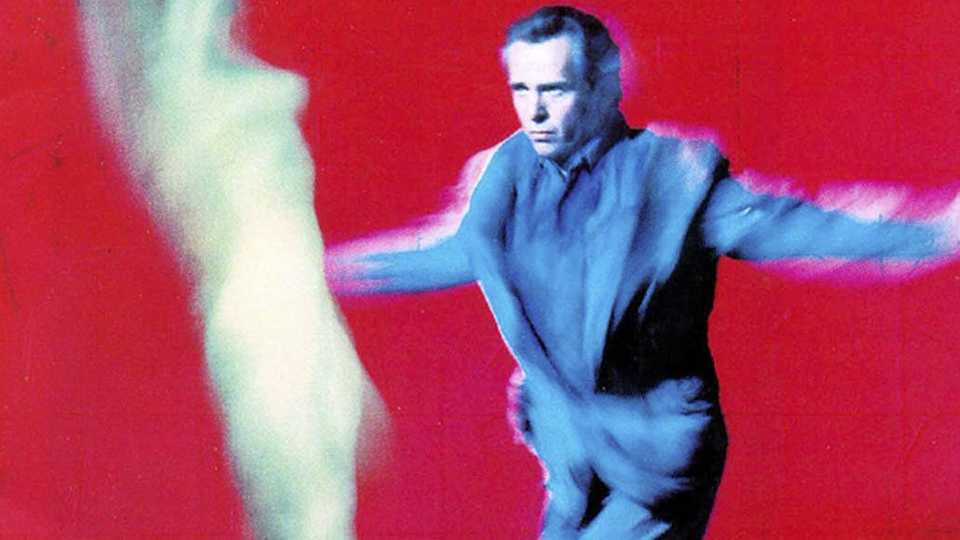 In 1987, Peter Gabriel finished his world tour following his hit album So. Rather than craft an immediate follow-up, he worked on other projects—a soundtrack for Martin Scorsese’s controversial film The Last Temptation of Christ, building a new studio in the English countryside, founding a record label—while slowly pulling together his next “pop” album, US, which was finally released in 1992 and which celebrates its 30th anniversary on September 28th.

Gabriel’s new label and studio, both named Real World, were focused on bringing musicians from around the world to a wider Western consciousness, building on his work with WOMAD, a festival he co-founded in 1982 for similar reasons. Passion, the 1989 soundtrack for Last Temptation and first release in the Real World catalog, thus became the fullest expression of his ideas about world music, and became a success in its own right, winning Gabriel his first Grammy. With US, Gabriel was clearly trying to find a marriage between the styles of So and Passion: art pop-rock built on an ambient soundscape of “world music.”

On top of these textures, however, Gabriel wrote his most personal lyrics yet, drawing on his divorce a few years prior, the end of a relationship with actress Rosanna Arquette, and complications in his relationship with his youngest daughter. Though it was successful at the time, US did not have the massive impact of So and has been unjustly forgotten since. In the post-grunge world of 1992, a complex pop album with lyrics about a middle-aged man’s relationships gone sour was not capturing the zeitgeist. The first single, “Digging in the Dirt,” a rock song that alternates between aggression and vulnerability, is the album’s sole song showing a passing influence of grunge, yet it features lyrics inspired by traumas dug up in therapy.

The second single “Steam,” received criticism for being too similar to So‘s number one hit “Sledgehammer.”  As a blue-eyed soul belter,  it covers similar territory and features a groundbreaking-for-its-time music video by Stephen R. Johnson. Gabriel also mined his own past for the lyrics, which focused on the connection between a worldly woman and a man who knew nothing but knew her better than herself.

He had recorded similar lyrics for a demo for his 1980 song “And Through the Wire” before rewriting them from scratch. “Steam” also got a quiet, sensual, slow-burning version, appropriately labeled “Quiet Steam,” released as a B-side to “Digging in the Dirt” and used as an introduction to the loud version on tour.

US also became a catalyst for exploring Gabriel’s non-musical interests. His team commissioned visual artists to interpret each of the album’s songs, plus outtake “Lovetown,” which surfaced in 1994 on the Philadelphia soundtrack. Some of these works became the basis for music videos—”Blood of Eden,” the third single, incorporated the human silhouettes found in Israeli sculptor Zadok Ben-David’s sculpture and influences from his other work.  “Lovetown,” clearly cut from the same sonic cloth as the album, sported a video with the writhing phallic shapes found in Japanese artist Yayoi Kusama’s sculpture plus her famous polka dot textures.

The album also inspired the creation of two interactive CD-ROMs: 1993’s Xplora 1: Peter Gabriel’s Secret World, which provided a glimpse into Gabriel’s life, studio, and label around the time of US; and 1996’s Eve, a game building on many of the themes present on US (sex, spirituality, art). Both also provided opportunities to remix tracks from US. As he told another pet project at the time, his magazine The Box, “I’ve wanted to become an experience designer rather than just a musician.” He meant it: the music video for the fourth and final UK single, “Kiss That Frog,” was made as part of a traveling carnival ride called the Mindblender.

The album is bookended by two seven-minute setpieces. The opener, “Come Talk to Me,” is a densely-layered plea to his daughter featuring Sinéad O’Connor, bagpipes, Senegalese percussion, and a Russian folk choir.

The closer, “Secret World,” is a sparser song that crescendoes into the album’s emotional climax. It’s a devastating song that both regrets and revels in disappearing into one’s “secret world” with a lover. It’s clearly the album’s centerpiece, and it lent its name to the subsequent tour, documented on the live album and video Secret World Live. The tour eventually wrapped with a headlining performance on the last night of Woodstock ’94.

US is an unfortunately forgotten album in the grand scheme, lacking the huge commercial success of So or the music-nerd cred of his 1980 self-titled album. But it remains a complex, emotionally mature album that came out at a significant stage in Peter Gabriel’s life and career.