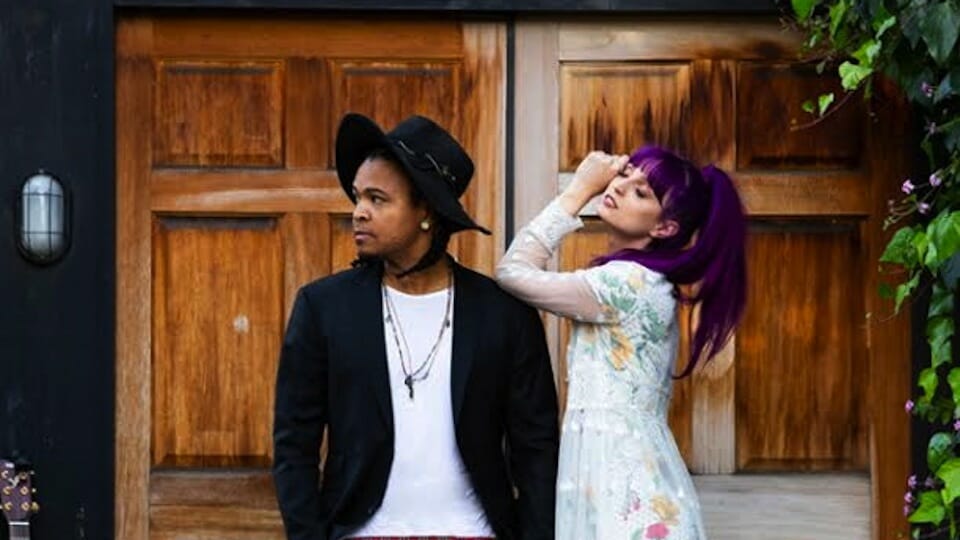 There’s a lot of love on the warmly catchy folk-pop songs of Replay, Printz Board’s recent EP from his new musical project Parker Lane (separate from his work with Black Eyed Peas). One tune deals with love quite humorously via a late-night call or text: “3 A.M.” Another gets even more unabashedly romantic: “Till the End.” Yet another, the EP’s only track that isn’t an outright duet, takes on desire: “Speechless.” Throughout, Printz Board has infused his new release with a winning buoyancy that’s sure to lift the spirits. Check out our interview with the creative force behind it all.

Q: It’s easy to talk about supposed influences with music. I could hear references to Simon & Garfunkel, Sheryl Crow, Herb Alpert, and Bjork on Replay — intended or not. Who was an inspiration for this EP that people would not guess?

A: Well, you’re right on with some of those influences! I would say that PiNK would be one that people wouldn’t think of. I love her side project.

Q: All but one of the songs on Replay are outright duets which seem right given this music really feels like it’s about connecting. Have you ever written a song as a way to get closer to someone?

A: Hahaha. I did write a song on one of my old albums, about a girl, in hopes that [I might] possibly change her mind about getting married to her boyfriend. We had such a strong connection, and the day I mustered up the courage to tell her how I felt, she told me that her boyfriend asked her to marry him… and she said yes. It’s a song called “Love, Love, Love”

Q: There’s something sweetly intimate about Replay. Did you feel as though working both outside the Black Eyed Peas and more independently allowed you to get more personal with your material? How is it different writing for yourself than another artist? Is there a difference?

A: I think that doing a ton of “produced” material led to this project being a breath of fresh air for me. I still like those songs, but for my personal project I want to be able to let the story breathe and not cover it up with too much “stuff.” Writing for others is almost easier though because they give you a guide to what they want… For me, I have those moments of not being sure if I’m too self-indulgent or if it’s really actually good.

Q: Given that the guest vocalists are all women (Esthero, Nova Renay, Holly Palmer) if you were to record a bonus track duet with a man who might you pick and what might you two sing?

A: Hmm. I would probably pick my friend Stefano Langone or my other homeboy, Anders Grahn. Thirdly, in a fantasy world, I’d pick Chris Stapleton. Not sure what the song would be, but it would be something soulful.

Q: You and your collaborators are all L.A.-based. Where do you most like to play in that city? Is there a favorite place you like to go to hear new music in Los Angeles? Any recommendations?

A: In L.A., I really like Sayers, Hotel Cafe, Viper Room… Sunset &Vinyl is dope and intimate, too. When I go out, my favorite place is a jazz night that I host, at Delilah in West Hollywood… Every Sunday.

Q: You’re what might be called an extreme multi-instrumentalist. How many instruments do you play on this album? Is there an instrument you’d still like to learn that you haven’t yet?

A: On this album, I played guitar, piano, percussion, synths, and trumpet. I’m presently trying to get my head around ukulele. I’d love to get into guitar more heavily, and even mandolin and dobro.

Q: Aside from your work with Black Eyed Peas, you’ve collaborated with everyone from Justin Timberlake to Selena Gomez. Is there anyone on your bucket list?

A: No bucket list for me really. I’d like to get more submerged into the folk, Americana country scene though… Like Zac Brown Band, Mumford & Sons, etc.. Be cool to do stuff with them, I guess.

A: Production-wise, I’ve been doing Six60 out of New Zealand, Betty B out of Barbados, and lots of scoring for PSAs. I love doing meaningful stuff and traveling, and being just real damn happy. The best project is Parker Lane though.

0 comments on “Printz Board Reinvents Himself With “Replay””